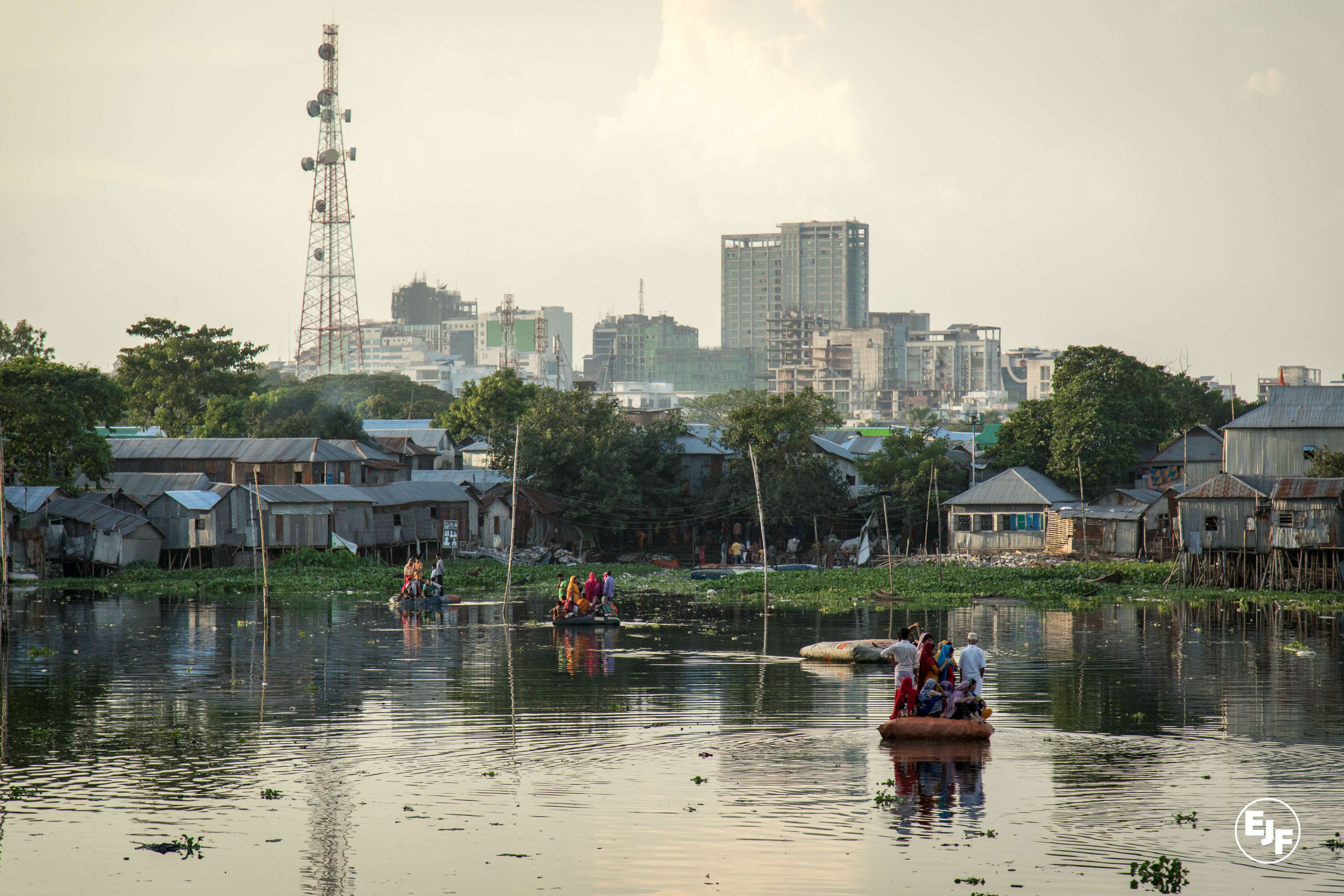 By 2050, as many as one in every seven people in Bangladesh will have been forced to leave their homes because of climate change, says a new report by the Environmental Justice Foundation (EJF), featuring first-hand testimony from those who have already been displaced.

Every year since 2008 an average of 614,000 Bangladeshi people have been forced from their homes as a result of floods and storms.

This report shows that climate change is a humanitarian as well as environmental crisis, and highlights the urgent need for international climate action and protection for climate refugees.

Bangladesh has suffered some of the fastest recorded sea level rises in the world, and this is the major cause of climate change displacement, the report finds. The country may lose around 11% of its land by 2050 to sea level rise, affecting an estimated 15 million people. This not only forces people from their homes through flooding, it contaminates drinking water with salt, causes a variety of health problems, and damages crops.

“Once this village was green with paddy fields,” says Gopal Munda from Kara Mura in southern Bangladesh, who spoke to EJF in 2017. “But now the water is salty and the trees have died. We can only farm shrimp. I am devastated when I think that I will have to move.”

Riverbank erosion driven by increasingly erratic rainfall under climate change is another driving factor in displacement – up to half of those living in Bangladesh’s urban slums may have fled their rural homes as a result. Renu Bibi, who was forced to leave her home and move to a slum in the Mirpur district of Dhaka, said: “We lost everything to river erosion. We escaped with just our lives”.

Komola Begum also had to move to a slum in Dhaka after her home was destroyed by floods. She said: “We had a small farm, we used to produce peanuts and gourd, corn and sugar cane all year round. We ate fresh food. Now I collect scraps or work as a labourer.”

Steve Trent, EJF’s Executive Director said: “It is countries like Bangladesh, and people like those we met, whose contributions to climate change have been among the smallest, that are now facing the worst impacts. We must act now to prevent this becoming a full-scale humanitarian crisis. The EU in particular has the opportunity to show real leadership, by investing heavily in climate mitigation and creating an international, binding agreement on legal recognition and protection for climate refugees.”

Climate change is destroying livelihoods, infrastructure and communities, forcing people from their homes, towns and even countries. And while Bangladesh is particularly vulnerable to the impacts, these devastating effects are being felt around the world.

Since 2008, weather-related hazards have displaced an average of 21.7 million people each year: equivalent to 41 people every single minute. This does not include the people forced to flee their homes as a consequence of slow-onset environmental degradation, such as droughts or sea level rise.

EJF is calling for protection for climate refugees, along with highlighting the absolute priority of ending our carbon addiction, immediately reducing greenhouse gas emissions and meeting our shared international commitment under the Paris Agreement to ensure that temperature rise is kept below 1.5°C above pre-industrial levels.

A copy of the report under embargo is available on request.

Read EJF’s previous report Beyond Borders on climate change, migration and conflict, or watch the film.

EJF was in Bangladesh from 22 September – 4 October 2017. The trip started in Dhaka, then south to Jessore, then to Satkhira, Shyamnagar, Gabura, visiting villages along the way, and finally Sundarbans.

EJF defines a climate refugee as: “persons or groups of persons who, for reasons of sudden or progressive climate-related change in the environment that adversely affects their lives or living conditions, are obliged to leave their habitual homes either temporarily or permanently, and who move either within their country or abroad.”

EJFis a UK-based charity working internationally to protect the environment and defend human rights. EJF is a charity registered in England and Wales (1088128). www.ejfoundation.org 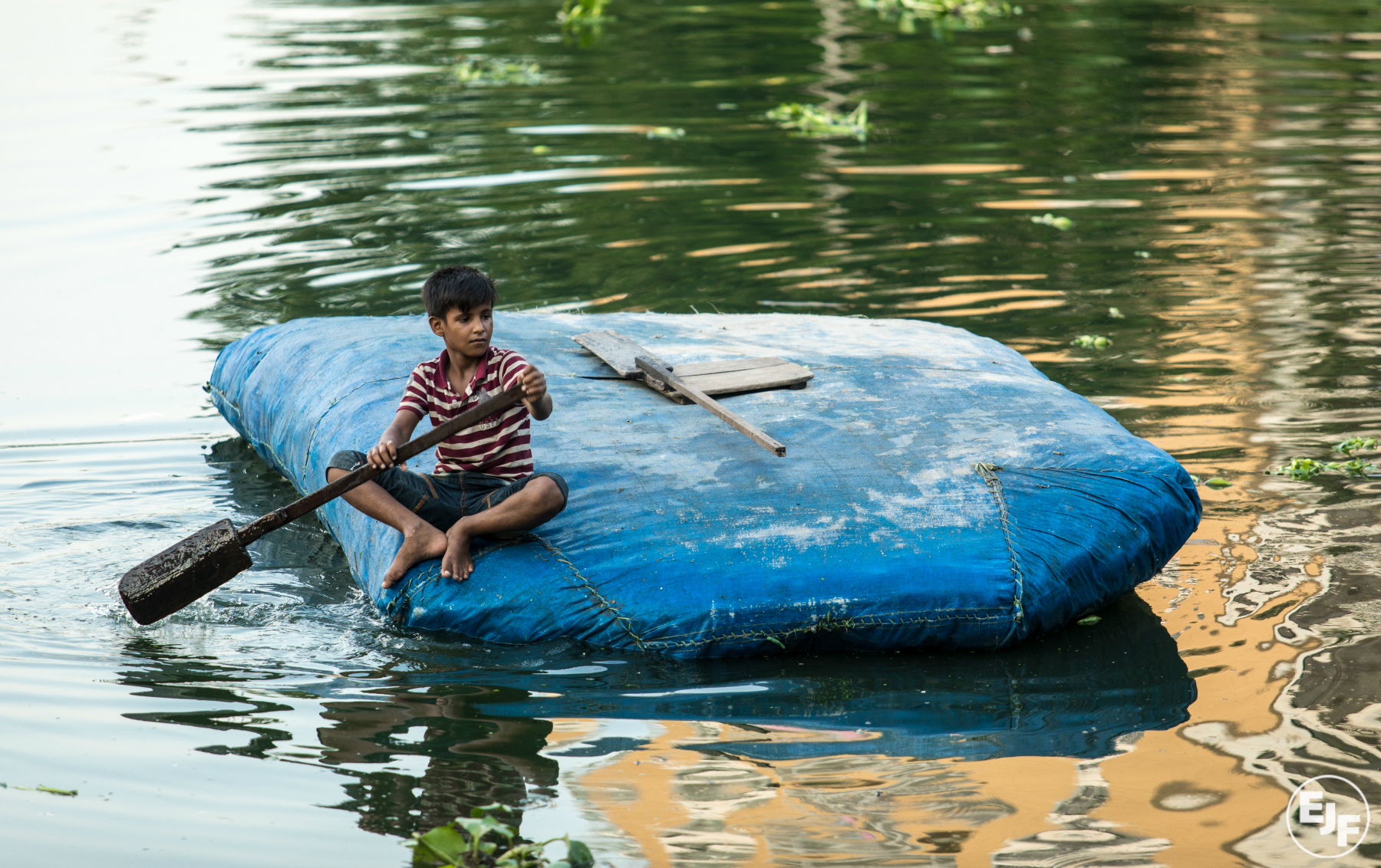 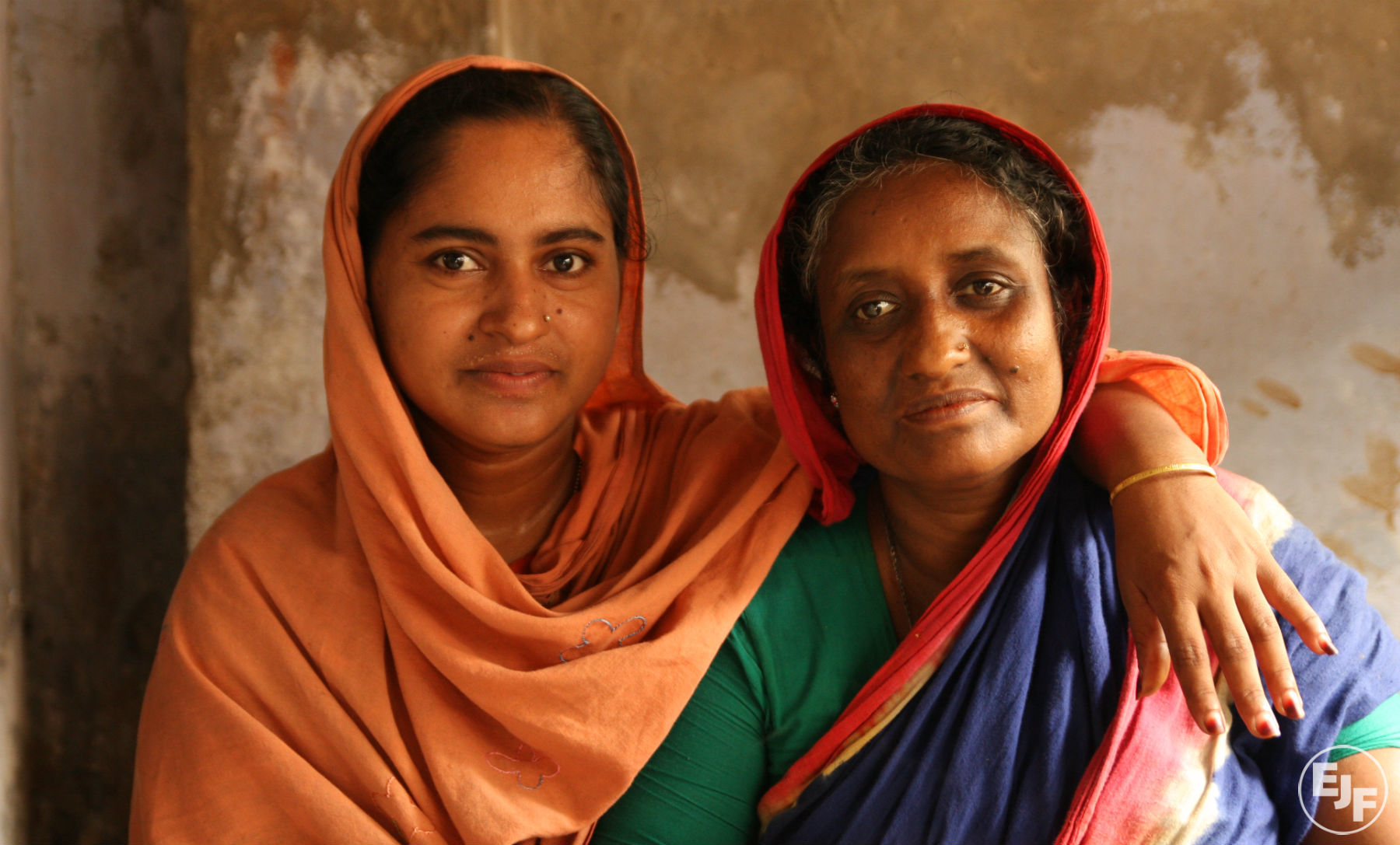 European Parliament urged to make a stand for climate refugees