Our fish stocks and marine biodiversity are in crisis. Rapid industrialisation and poor fisheries management have meant that too many vessels, using destructive and and unsustainable fishing methods, have been catching far too many fish. With fish stocks nearing breaking point and global demand at an all-time high, vessels are now going further afield – often fishing illegally in other nations’ territories – and staying longer at sea, to bring back ever-diminishing catches. This has created a wave of trafficked workers forced into slave labour to crew vessels, reduce companies’ costs, and supply the global seafood market with cheap products. 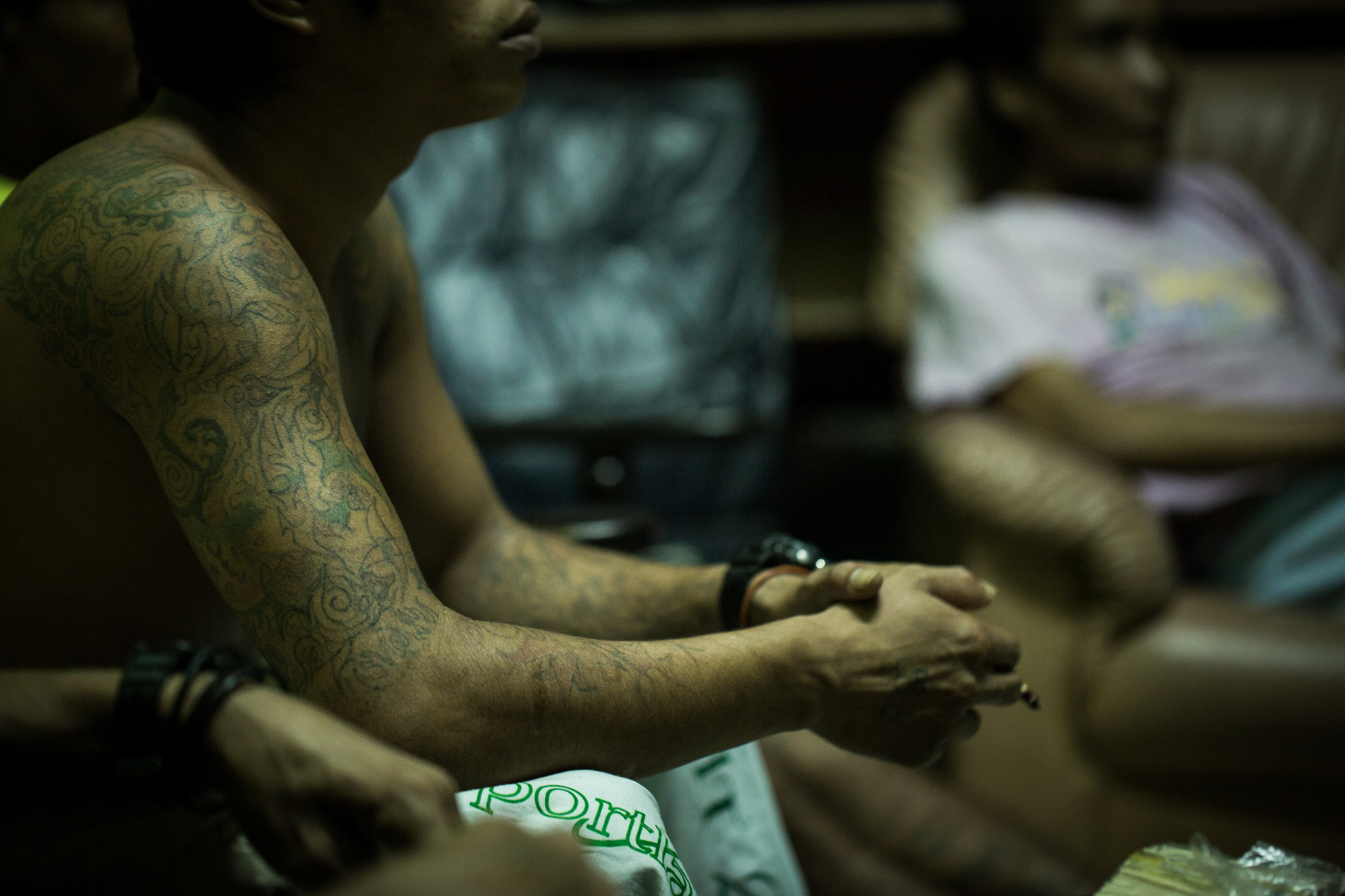 I want to tell [consumers] about our troubles. We sacrificed our blood, sweat and energy. I really would like to let them know about our nightmares

EJF is working to end illegal fishing and the associated human rights abuses in Thailand’s fisheries, and shine a spotlight on the global problem of slavery at sea.

They would torture and murder the fishers then throw them into the sea. They abused the crew in many ways - beating, hitting and killing out on the ocean. I witnessed murder with my own eyes. 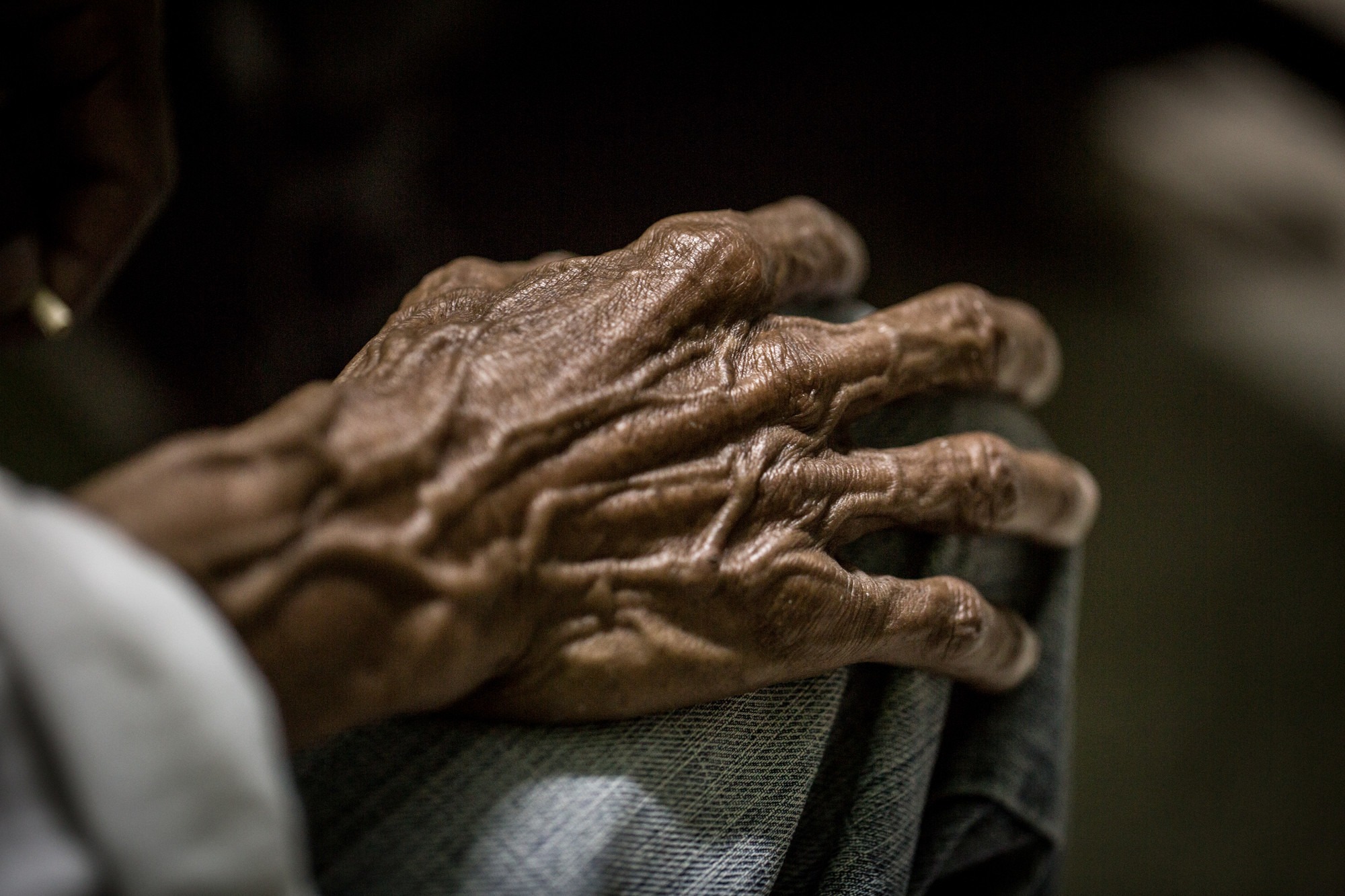 Thailand’s seafood sector employs more than 800,000 people. Its exports are valued at over US$5.6 billion annually, making Thailand the world’s third largest exporter of seafood. But this industry is tainted with massive human rights abuses. It is an industry which is propped up by slavery, taking advantage of vulnerable, often migrant, workers. These workers have no rights, no voice and no hope of change.

EJF’s investigations in Thailand’s shrimp industry began in 2012 when we uncovered widespread human trafficking and severe human rights abuses in the industry’s pre-processing facilities. In 2014, we took our work to sea, uncovering the unimaginable brutality faced by migrant workers at the hands of captains or the boat owners' ‘enforcers’. Spending months at sea, these slaves received low or no wages and faced a daily threat of intimidation, violence and even murder.

Average ‘catch per unit effort’ - or kilos of fish caught per hour - in Thai fisheries has dropped 81% since 1961. 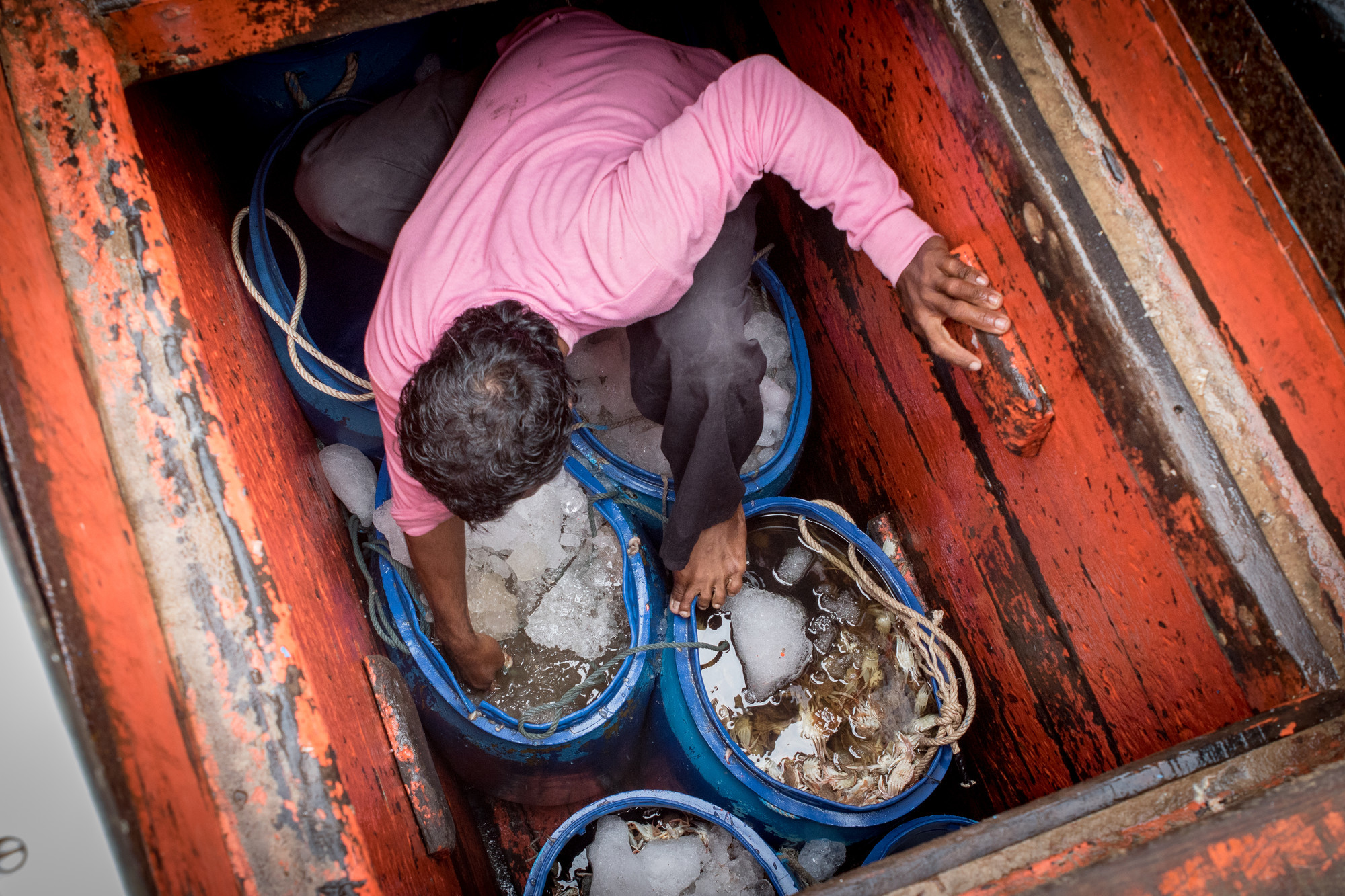 If we hadn’t caught any fish when the nets were pulled up, we were not given any food… If there was a chance before pulling the nets, we might get 15 or 30 minutes rest.

EJF’s investigations, and award-winning films, Slavery at Sea, Pirates and Slaves and Thailand’s Seafood Slaves shone the global spotlight on these abuses, garnering international media attention, as well as greater scrutiny by businesses and policymakers worldwide.

Our evidence contributed to the US State Department’s decision to place Thailand on Tier 3 in its Trafficking in Person Report across consecutive years, as well as towards the EU’s decision to formally warn Thailand under its illegal fishing regulation. Meanwhile in light of such public attention the Royal Thai Government introduced new legislation to control its fishing fleet, including banning destructive gears, introducing new fines and setting inshore exclusion zones. The nation also became the first in Asia to ratify the international standards for work in the fishing industry.

We continue to work in Thailand to expose the continued abuses in the country’s seafood sector, supporting the government in its aims to effectively implement and enforce its new legislation, while closing existing gaps. We are also calling on the government to reduce its fleet capacity to relieve the pressure of its over-exploited oceans.

Thailand’s seafood sector employs more than 800,000 people. Its exports are valued at over US$5.6 billion annually.

A global fight to eradicate slavery

But slavery and human rights abuses at sea are not a problem limited to Thailand, and EJF continues to work with policymakers and businesses across the world to help uncover and combat these injustices. Our work at sea continues to expand, with investigations taking place in other countries in South-East Asia as well as East Asia; while we have also uncovered labour abuses in Bangladesh’s shrimp industry, advised industry on how to eradicate slavery from supply chains and informed the UK and German governments on issues of modern slavery.

We continue to work to give these vulnerable workers a voice, fight for their rights and combat the overfishing and illegal fishing practices that are fuelling these human rights abuses in the seafood industry.

of workers on Thai fishing boats are migrants 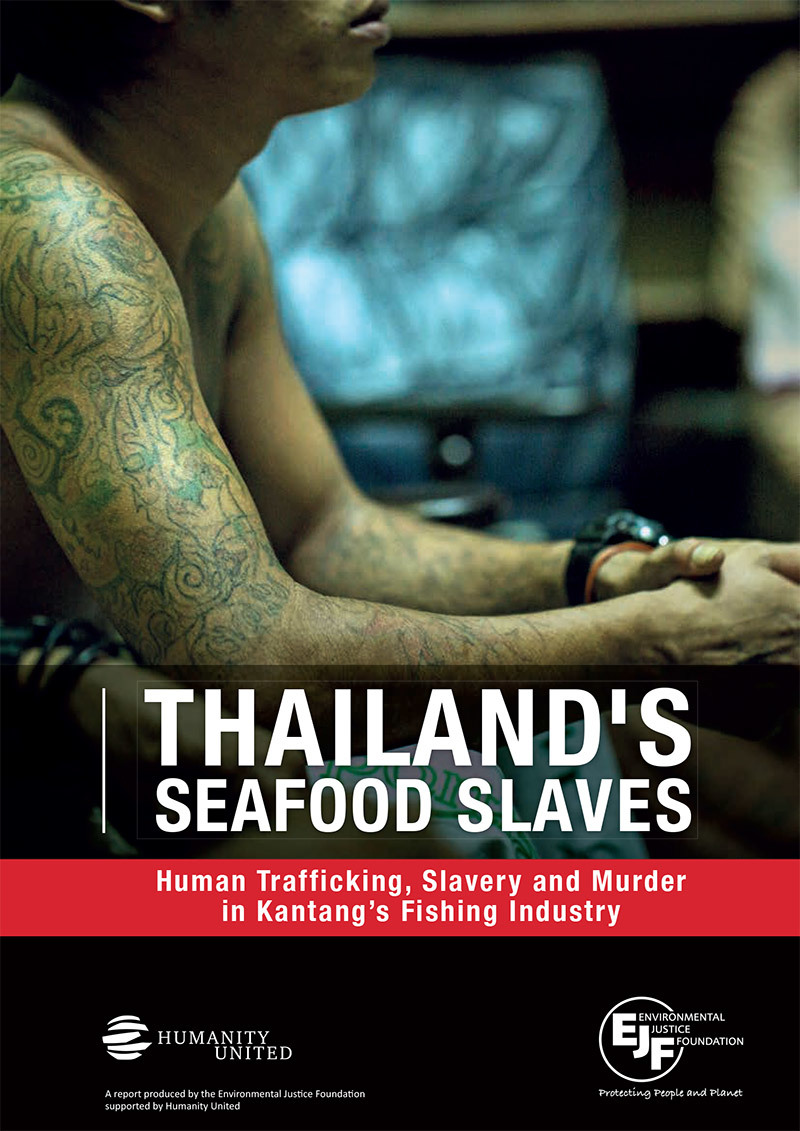 EJF believes that solutions to 'pirate' fishing and slavery in Thailand’s fishing sector are available, practical and achievable through a multi-track approach emphasising leadership, coordinated joint action and genuine commitment from all stakeholders. This report recalls and builds on the recommendations made in EJF’s 2015 report Pirates and Slaves. EJF also acknowledges and reiterates all recommendations made to Thailand in the 2015 US Department of State Trafficking in Persons report. 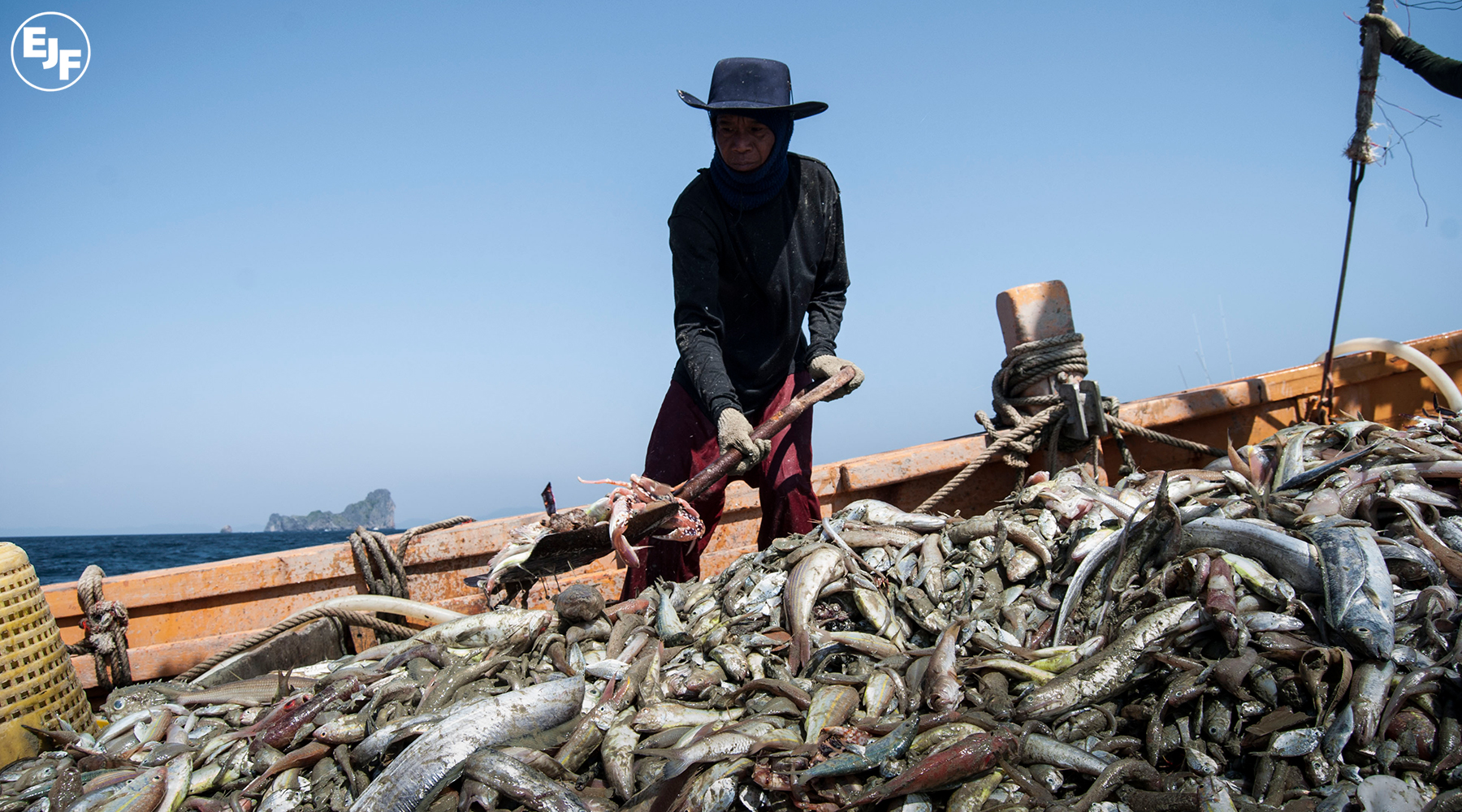 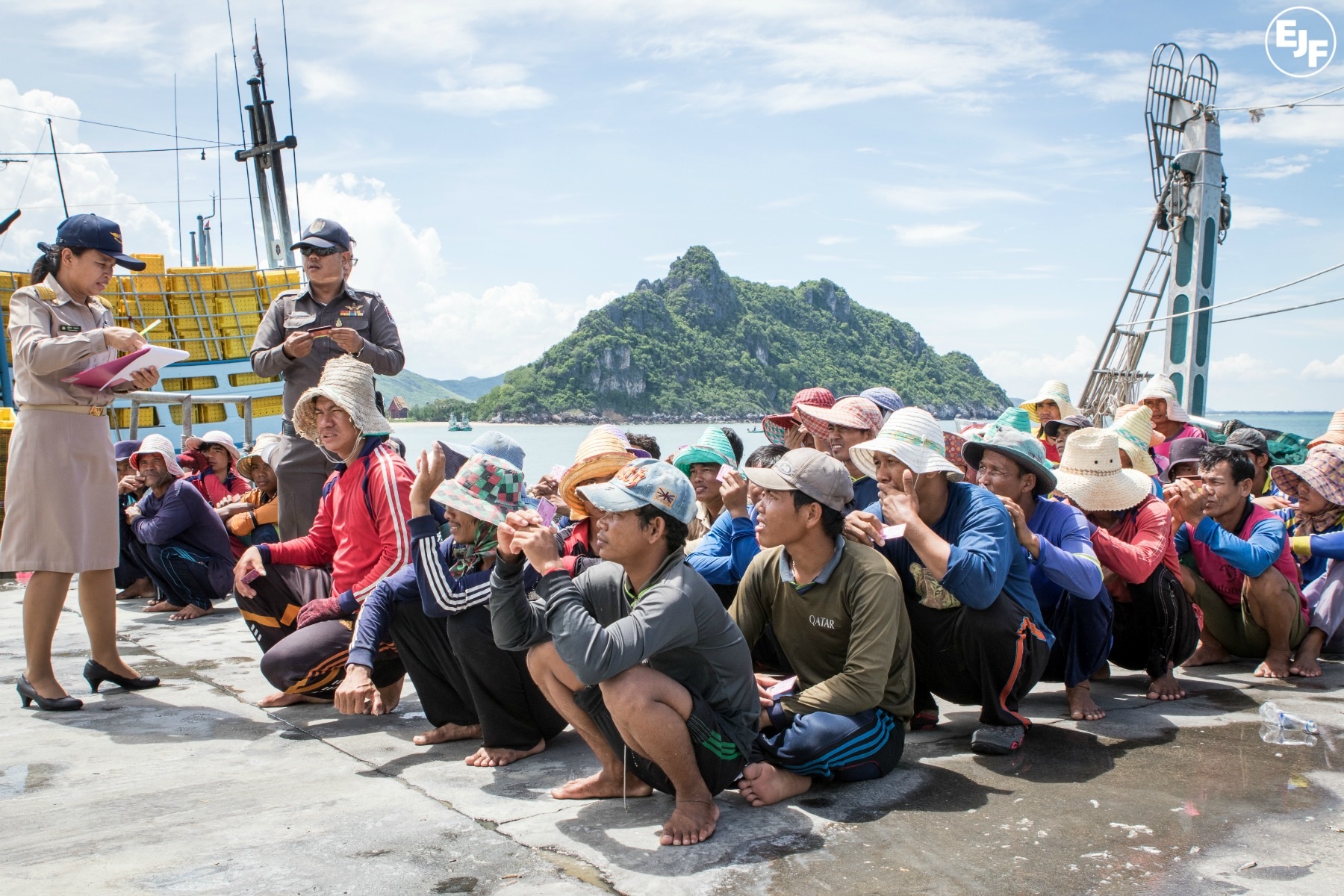 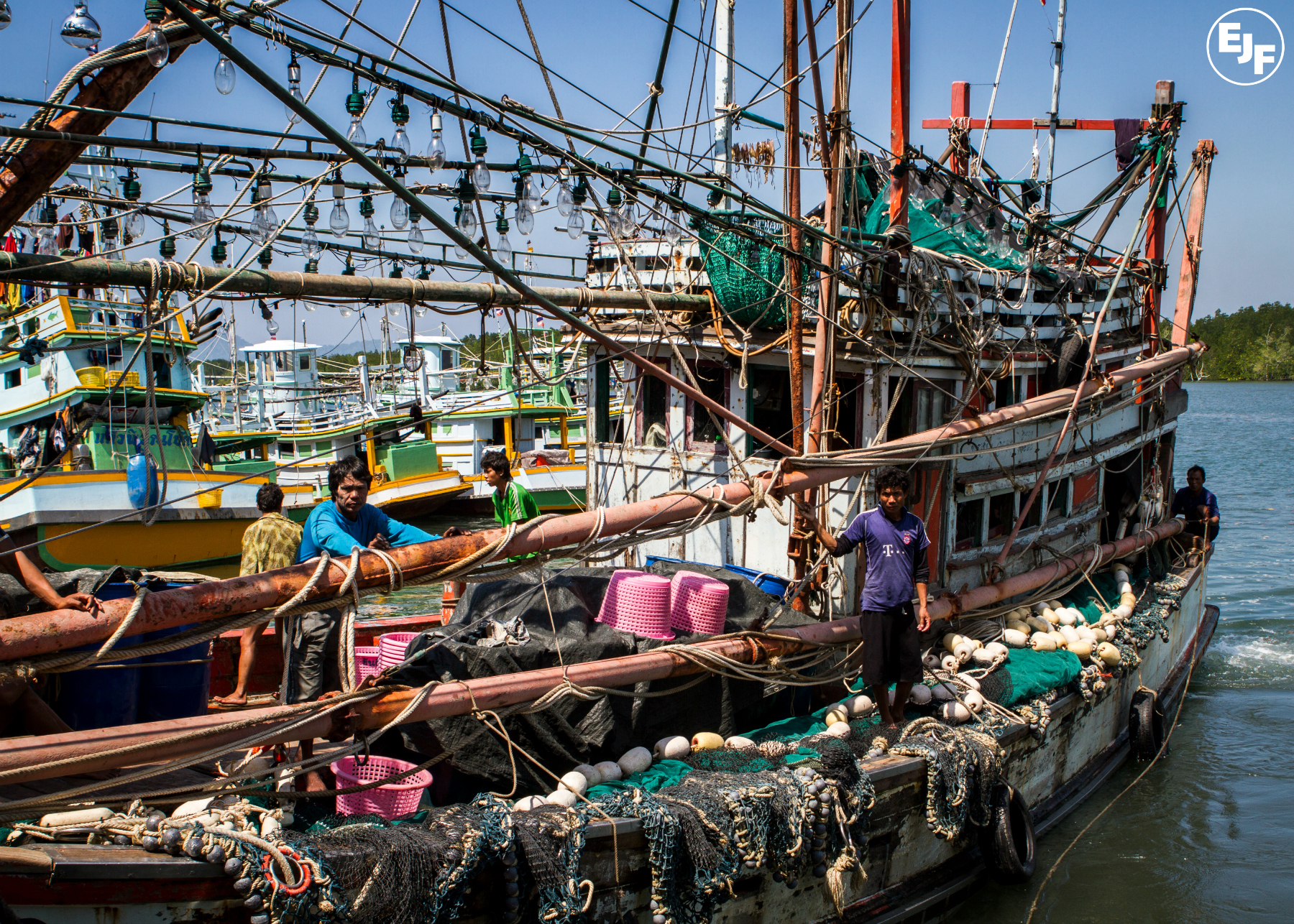 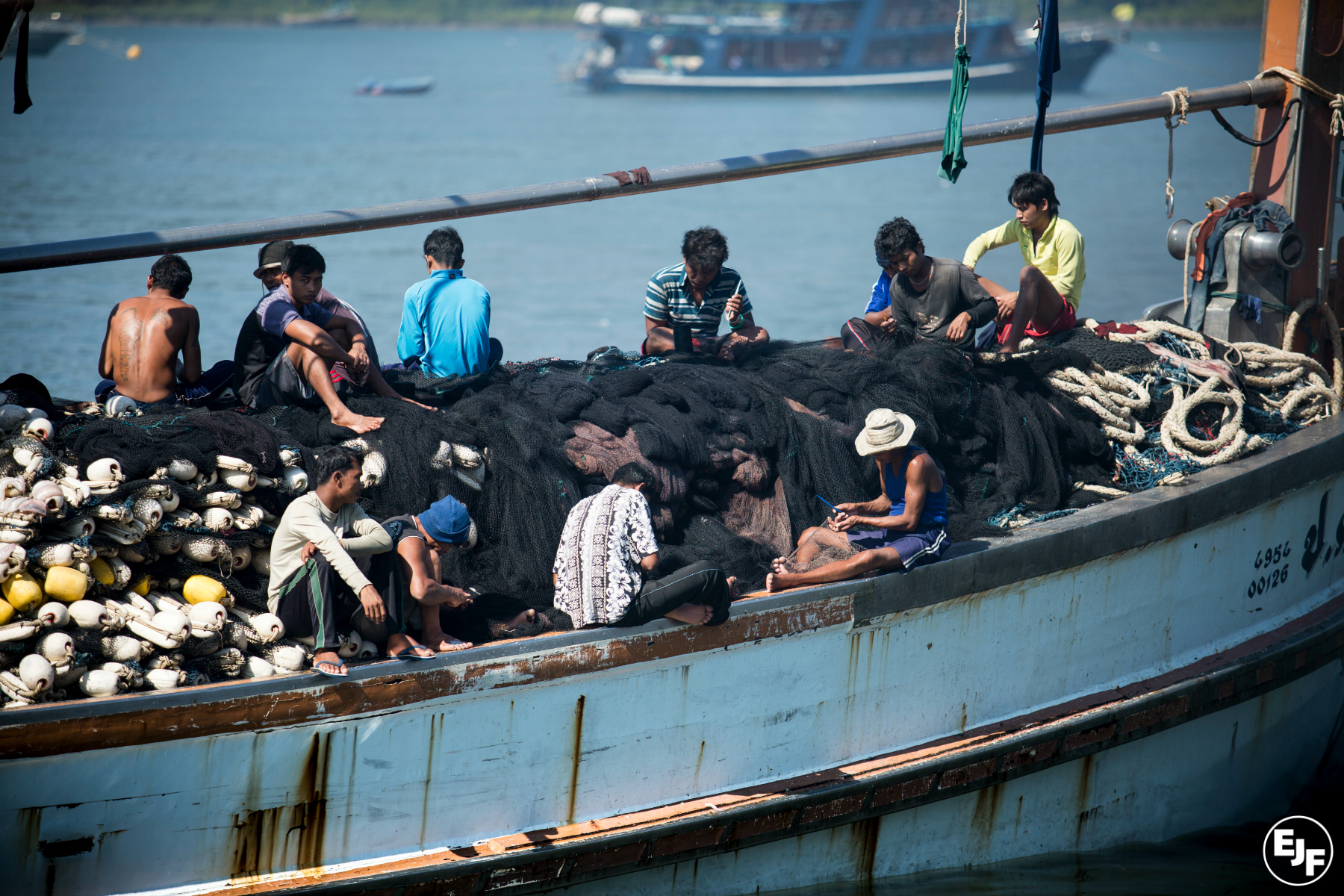 More from the Oceans campaign