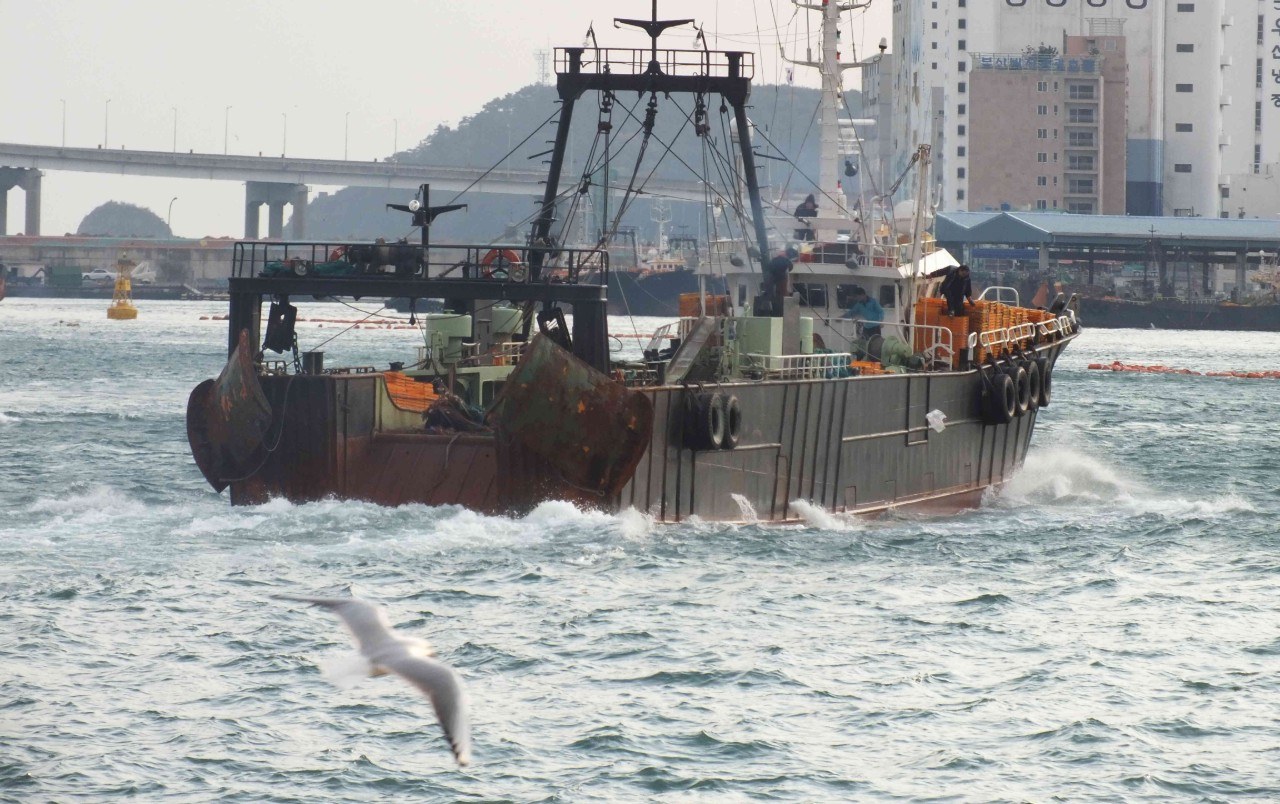 Abuse of migrant workers and illegal fishing in Korean fleet that exports to EU, UK and US

29 of the 40 vessels investigated are authorised to export to the EU and UK, and crew from some of those vessels reported violent attacks and illegal activities. The Korean distant water fleet exports tens of millions of dollars worth of seafood to the USA and Europe every year, raising serious concerns for suppliers, retailers and consumers in these countries. EJF and APIL are calling for urgent reforms to improve transparency in the sector to protect migrant workers and end illegal fishing.

Of the 54 Indonesian former crew interviewed, over a quarter reported experiencing physical abuse, with 63% witnessing verbal abuse. All but two of those interviewed were made to work more than 12 hours a day without a break, with over half working in excess of 18 hours a day. Almost all reported that their passports were confiscated by their captain and several months wages deducted at the start of contracts to discourage them from escaping these abusive environments.

EJF and APIL have investigated the activities of the Korean fishing fleet since 2018. It is one of the world’s largest distant water fishing fleets, with over 219 vessels operating around the globe.

An Indonesian fisher from a Korean trawler told EJF, “When unloading fish, we need to get into the freezer, and it is very cold, even after we put on three layers of coats, we are still freezing. Since the freezer is very cold, we need to get out a bit to get some warmth and avoid getting frozen, but the supervisor will slap or hit us if we do that.”

In addition to the abusive treatment of crew, a third of the vessels were accused of fishing illegally – including operating in unauthorised areas and targeting marine mammals. Another worker from a vessel that targeted squid said “When [fishing illegally], we got loads of fish, sometimes we have to work two days two nights without sleeping.” He added that “the captain, supervisor and Korean crews caught seals too, they took teeth, genitals and liver to eat. During [the] six months operating, the vessel caught about 200 seals.”

The alleged abuse took place under an almost complete absence of government oversight. Korean longliners spend the most time at sea, travel the furthest and fish the longest hours, according to research conducted at the University of California, Santa Barbara. Vessels regularly remain at sea for over a year, and in some cases over 18 months, without calling at port. Labour inspections are almost never conducted on the rare occasions when vessels return to Korea, and there are no Korean labour inspectors assigned to overseas ports.

29 of the 40 vessels examined in the investigation have been certified to export fish to the EU and the UK. On one such vessel that targeted squid, there were reports of violent attacks on migrant workers, in one case resulting in a broken nose. It was also alleged that the same vessel required working hours of up to 20 hours a day and illegally caught and processed seals and walruses.

Across all the EU-certified vessels, former crew from six vessels claimed they experienced physical abuse, such as beatings, and verbal abuse was commonplace, and reported from 20 of the vessels. Working days of at least 18 hours were reported from 16 of the vessels and 12 were alleged to have engaged in illegal fishing.

The Korean distant water fishing fleet exported US$ 39 million of seafood to the USA in 2018. Over the last decade, Korea has been formally warned by the EU on one occasion and the USA on two occasions to address illegal, unreported and unregulated fishing in its fleet.

This means there is a risk that seafood caught by abused workers is finding its way to supermarket shelves across the world. Retailers and suppliers must urgently review their supply chains to ensure that they eradicate any trace of human rights abuse or illegal fishing, say EJF and APIL.

APIL and EJF are calling for urgent reforms designed to address the issues described by former crew. The Korean government must make a firm commitment to transparency in the sector by undertaking to EJF’s ten basic principles in its Charter for Transparency. These include ratification of the International Labour Organization’s Work in Fishing Convention (ILO C188), a new inspection regime conducted by officials trained in adopting a victim-based approach, and the mandatory installation of cameras on vessels to monitor what they catch.

APIL’s Attorney JongChul Kim said: “Many of the vessels whose former workers alleged human rights abuses are certified to export to EU and UK, and Korea exports tens of millions of dollars worth of seafood to the USA every year. Companies and countries across the world should take urgent action to ensure that they are not funding human rights abuses in their seafood supply chains. At the same time, the government of Korea should immediately improve its regulations and enhance monitoring of distant water fishing vessels, including through ratifying ILO 188 and introducing regular labor inspections.

The Executive Director of EJF, Steve Trent said: “Declines in global fish stocks are leading many operators to mistreat their workers and fish illegally in order to cut costs and maintain profits. The scale of the abuses we found in the Korean fleet demand immediate attention. To bring distant water fishing vessels out of the shadows, Korea should move quickly to implement all basic measures of transparency, including the use of cameras so that authorities can monitor what is being caught. To protect migrant fishers from human rights abuses, Korean law should be brought in line with international best practice through the ratification of ILO C188. 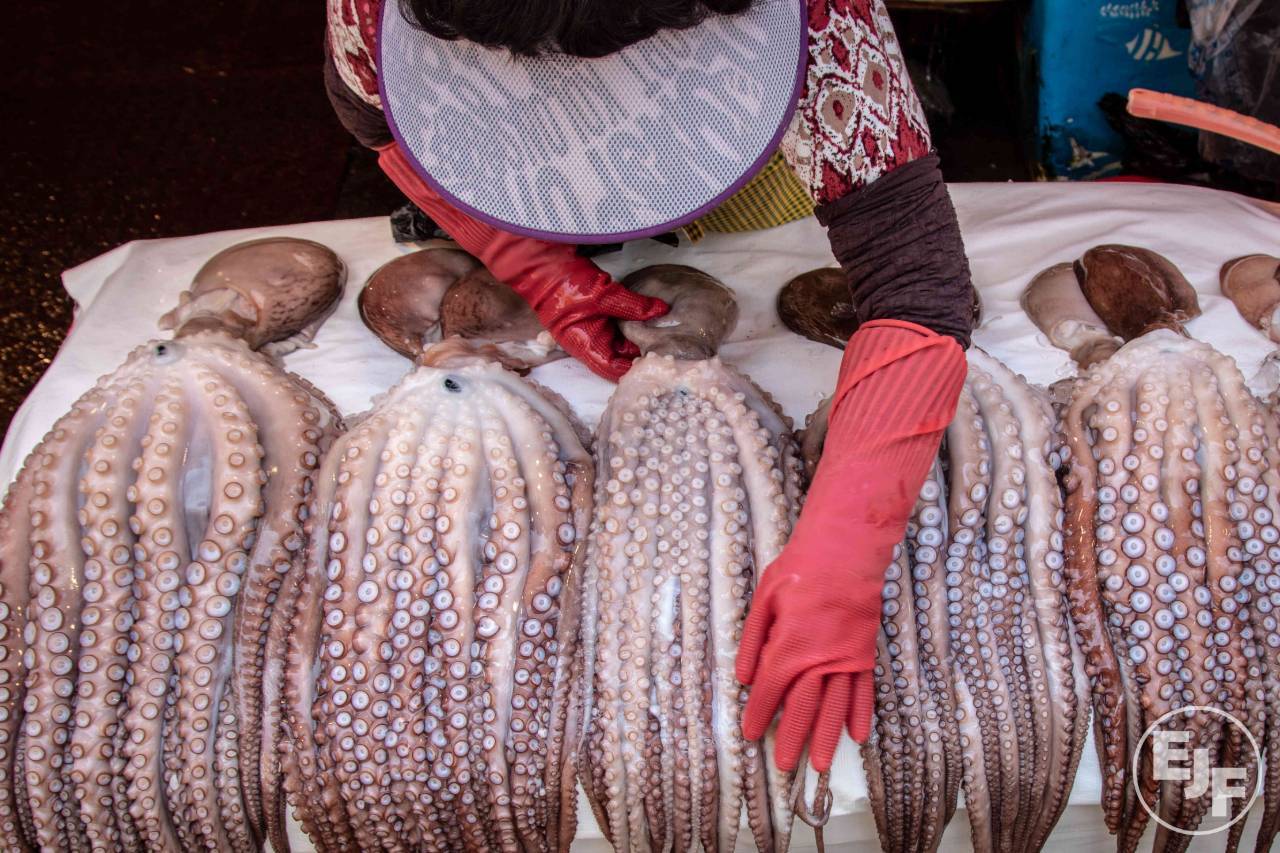