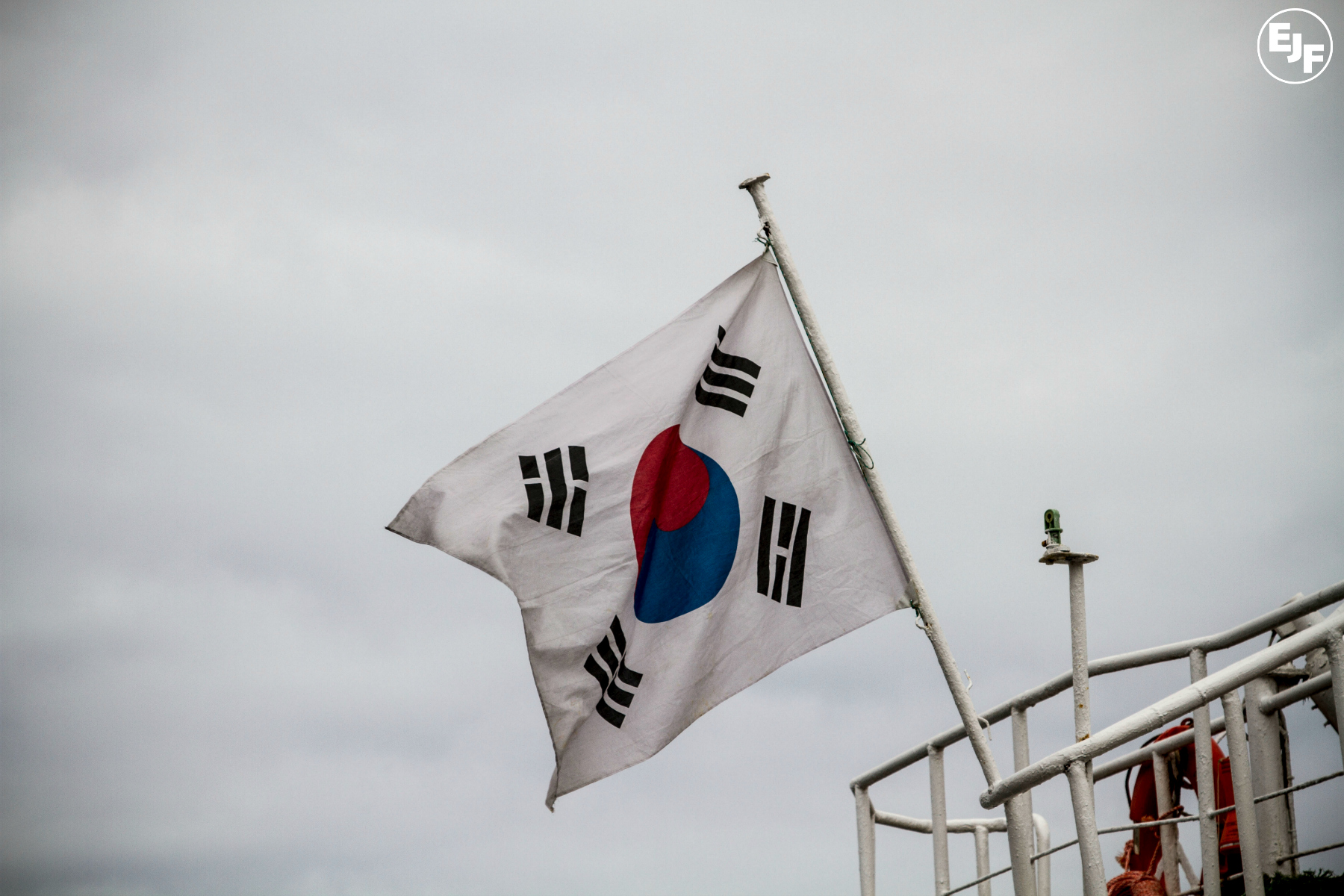 The National Assembly of Korea has adopted an amended Distant Water Fisheries Development (DWFD) Act which will be in force from 7 July 2015. The Act is the most significant of a series of measures taken by Korea to proactively prevent, deter and eradicate IUU fishing following a ‘yellow card’ warning given by the European Union in 2013.

The Act will allow greater control over all IUU vessels, the confiscation of illegal fish and restriction of fishing authorisations; increased ability to act when Korean nationals engage in IUU fishing in waters outside Korea’s jurisdiction; enhanced Monitoring, Control and Surveillance including installation of Vessel Monitoring Systems; and tougher sanctions on serious infringements.

Global losses due to IUU fishing are estimated to be between US$10 billion and US$23.5 billion per year. By depleting fish stocks, IUU fishing severely compromises the food security and livelihoods of vulnerable coastal communities dependent on fish for protein and income. It also puts legitimate operations at an unfair disadvantage and dis-incentivizes responsible fishing.

From 2010 to early 2014, the Environmental Justice Foundation (EJF) documented a large number of Korean-flagged vessels operating illegally in West Africa, particularly in Sierra Leone where EJF operates a Community Surveillance project to report IUU fishing activities in the inshore areas reserved for local fishers. EJF’s evidence contributed to the 2013 decision by the European Union to warn Korea that it faced trade sanctions if it did not improve fisheries management.

Korea was encouraged to act by the European Commission’s EU IUU Regulation and the Ministry of Oceans and Fisheries signed a Memorandum of Understanding (MOU) with EJF in June 2014, committing to renew efforts to curb IUU fishing. In 2014 Korea significantly strengthened its Monitoring, Control and Surveillance (MCS) capacity and reinforced sanctions on IUU fishing activities. Korean fishing vessels are now required to carry Vessel Monitoring Systems (VMS), which allow satellites to track their movements. Korean officials monitor VMS from a 24-hour Fisheries Monitoring Centre that opened in May 2014. From September 2015, all vessels will be fitted with an electronic logbook system, which will allow vessels to share real-time information on catch and fishing operations.

The recent adoption of an amended Distant Water Fisheries Development (DWFD) Act, to come into force on 7 July 2015, confirms the political commitment of the Korean Government to a strict sanctions system to deprive offenders of any economic benefit from IUU fishing and remove this incentive. As a strong deterrent against illegal fishing activities, serious infringements will be listed as a criminal offence with imprisonment up to five years or a fine of at least 500 million Korean Won. The DWFD Act also introduces stronger control over IUU vessels with tighter restriction on fishing authorizations for fishing vessels involved in IUU fishing as well as a precautionary measure which will restrict fishing authorization in the waters of countries without proper fisheries management and control systems. To provide a greater level of consistency with international standards in holding the actor accountable, and to be able to sanction IUU perpetrators despite flag changes, the Act will further strengthen the control over Korean nationals involved in IUU activities.

“Korea’s efforts to stop illegal fishing are unprecedented and demonstrate a clear intent to deliver national, regional and international leadership to combat IUU fishing which devastates marine environments, biodiversity, fish stocks, livelihoods and food security. Flag States need to maintain a firm grip on their distant water fleet, and we hope that other States will follow Korea’s lead. The actions taken by Korea since 2013 clearly demonstrate the global impact of the proactive steps taken by the EU and European Commission, through the EU IUU Regulation, to drive out pirate fishing from global supply chains. In the last 12 months Korea has taken huge strides away from poor performance to becoming a leading nation in the fight against IUU fishing with innovative and deterrent measures. The Korean industry, in particular Korean fishing vessel operators, must match the intention of their Government, make sure they abide by the law and become an exemplary distant-water fleet. We hope that the EU’s yellow card sanction will be soon lifted, having done its job, and Korea can take on a role as a regional leader in the fight against IUU fishing, inspiring others to act.” Steve Trent, Executive Director of EJF

Some region-specific measures have also been adopted, such as in West Africa, a region particularly susceptible to IUU fishing. A large part of the Korean fleet that has been operating in West Africa will be bought by the Korean Government and scrapped, as part of a vessel de-commissioning programme worth 9.9 billion Korean Won (equivalent to $9 million USD or 7.8 million Euro). In an effort to improve transparency and combat corruption, the Korean Government will not allow private licensing in some West African countries, where fishing licences will be negotiated in the framework of bilateral agreements from Government to Government.