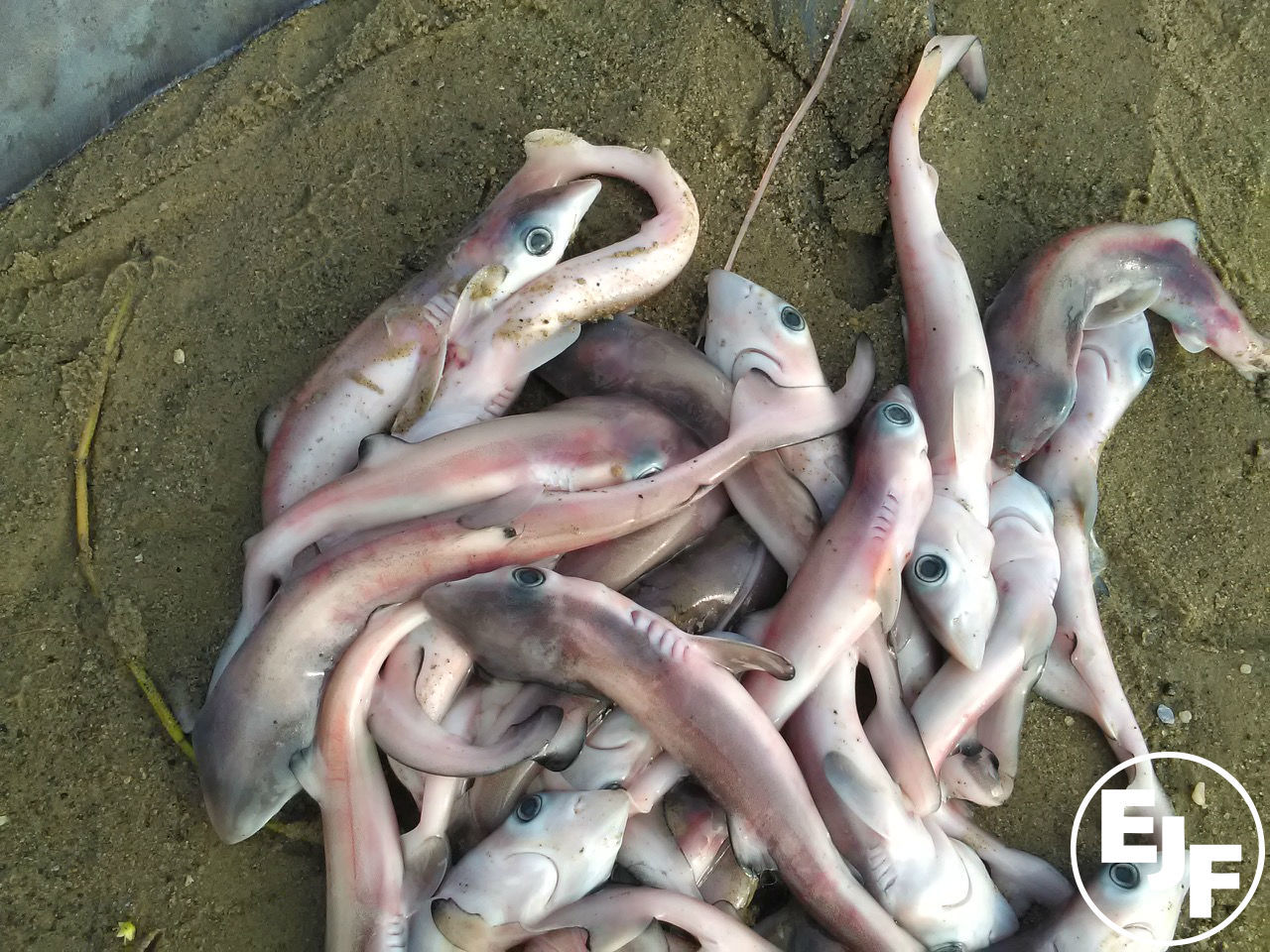 EJF in the field: Fighting for the future of endangered sharks

Graceful, mysterious and powerful, sharks embody the beauty of our natural world.

But the myth of the shark is far from reality. They are seen as predators with a reputation as killers, yet it is actually much more likely for a shark to be killed by a human. Each year fewer than 100 shark attacks are recorded worldwide. Lightning strikes, dog bites and bee stings all pose a bigger threat.

Meanwhile, some 100 million sharks are killed by humans every single year.

Many of these fall victim to the use of unsustainable and illegal fishing gears - including practices like bottom-trawling - and are thrown back into the ocean, dead or dying.

Millions more are targeted and killed - often inhumanely - for their fins to supply the market for shark-fin soup in China and other Asian countries.

Having joined EJF as the West Africa Coordinator and Researcher back in March 2017, I was excited by my first trip to Liberia, where we have been working to protect the country’s precious biodiversity - including its sharks.

With my measuring tape and notebook in hand, the Liberian team led me through a labyrinth of West Point alleyways to our first fish landing site, and filled me in on the last five years of work monitoring and measuring multiple species of sharks, including hammerheads, blues, blacktips and longfin makos.

Without any legal protection or monitoring of shark species in Liberian waters, these regional populations are increasingly vulnerable.

Not only this, but as a crucial top predator in our oceans, sharks are vital to the overall ecosystem health and to sustaining fisheries.

We lose a lot if we lose our sharks.

Reaching the landing site in West Point, Liberia, we saw fisherman hauling an endangered great hammerhead shark out of their boat, placing it alongside other caught sharks. The EJF team made sure to measure the shark and note down its size. 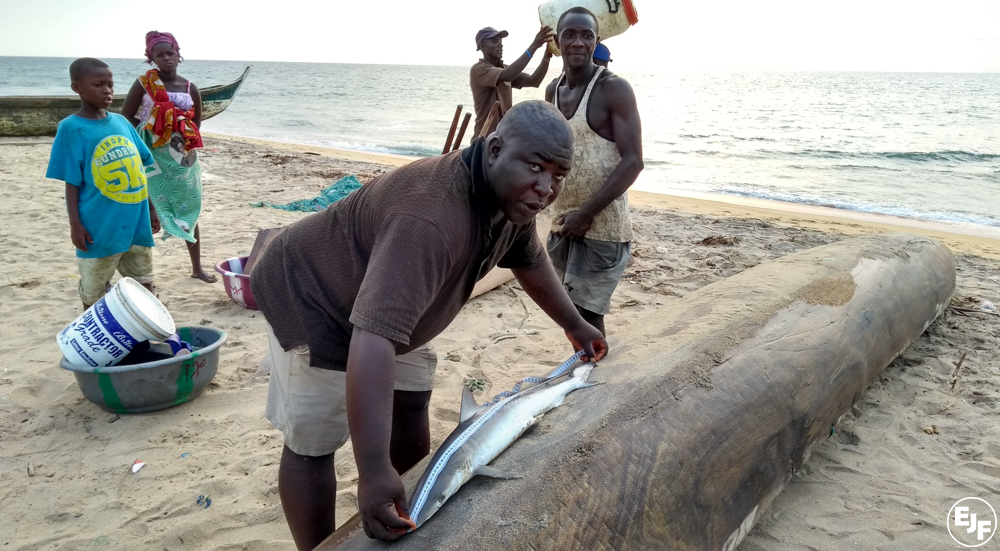 There are very limited studies on shark populations in West Africa. This has left a massive knowledge gap, making it much harder to safeguard these magnificent creatures. By measuring and monitoring the shark catch in Liberia, we hope to provide vital information to help fill this gap.

By building a clearer picture of the size and species of sharks being landed, we can know how many adults, sub-adults and juveniles are caught, get a better sense of when sharks become mature, and whether the endangered shark species are being targeted.

This vital data will also help us to work with the local fishers and government agencies to develop a conservation plan for sharks and rays - a way to reduce fishing effort to sustainable levels.

This evidence should then help us make the case for a National Plan of Action to protect sharks in Liberia, and across the West African region.

Alongside the community science, we’re helping to promote the benefits that sharks bring to protecting fish stocks and maintaining a healthy ecosystem. When the fishermen learn about their behaviour, they learn to respect and protect them too.

While I was examining shark catch in Liberia, some 13,000 miles away, other EJF colleagues were coming face to face with the stark reality of shark fishing worldwide. Filming in a port in Jakarta, Indonesia, they came across a purse seiner vessel unloading an estimated 150 tonnes of shark. 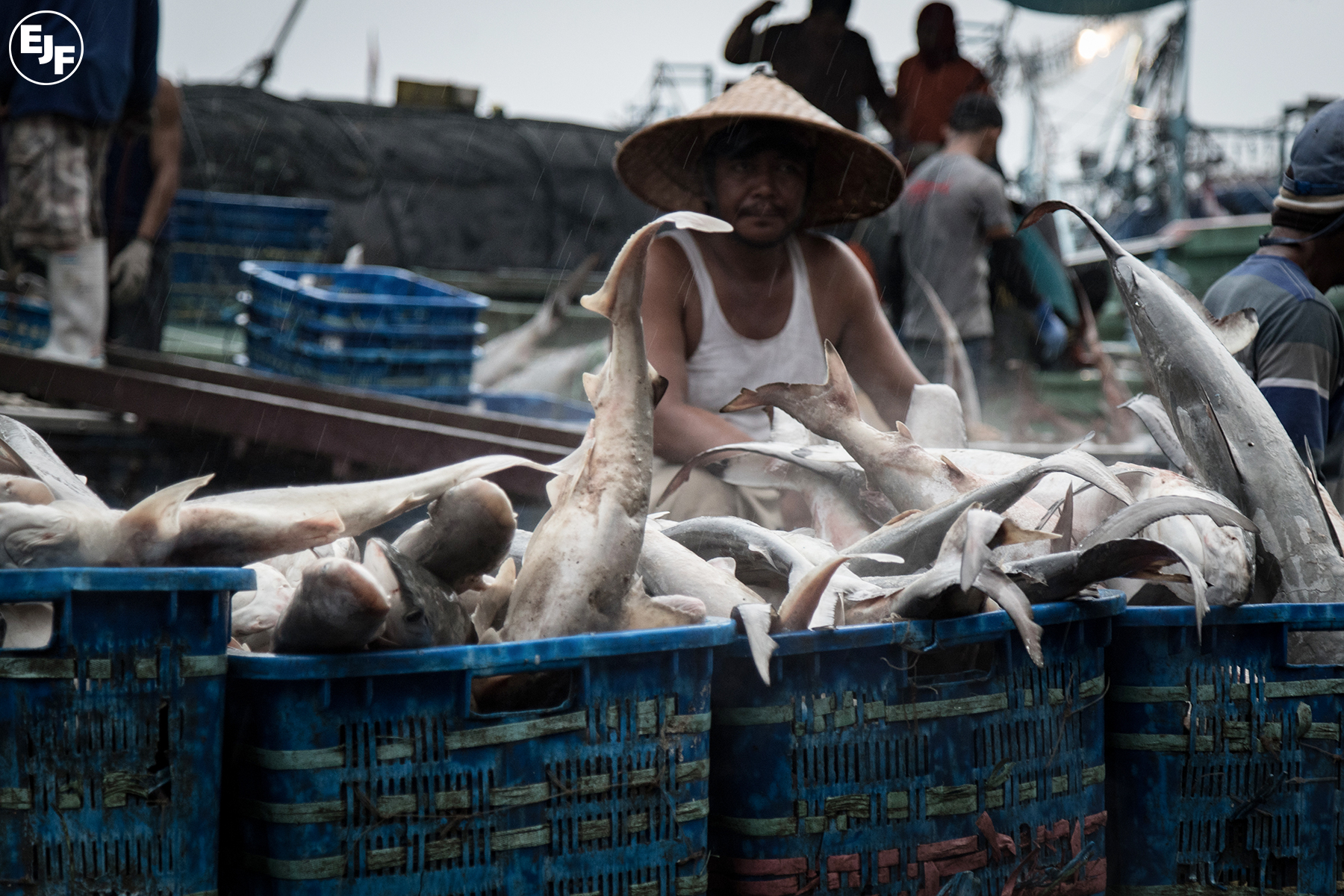 Caught over five months in Indonesian waters, the haul comprised multiple shark species including black tips and hammerheads - many of them juvenile - and took some three days to unload. Just one boat, one haul, out of the many hundreds fishing for sharks in Asia, Africa and beyond.

Much of the catch would be sold into the local market, while the rest would be exported to China, Thailand and Malaysia, filling the continued demand for shark fin soup.

EJF is calling for a global ban on shark finning, while also working to end the practice of illegal fishing in a bid to help protect these endangered shark species.

Fisherman who are paid a living wage are much less likely to sell shark fins on the side. By reducing illegal fishing and supporting the community management of their resources, we can promote alternatives to shark catch and protect these amazing creatures. 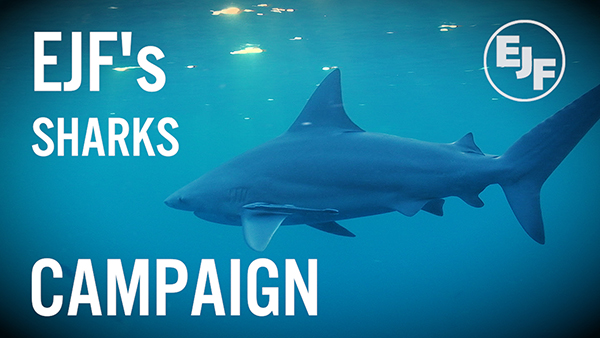