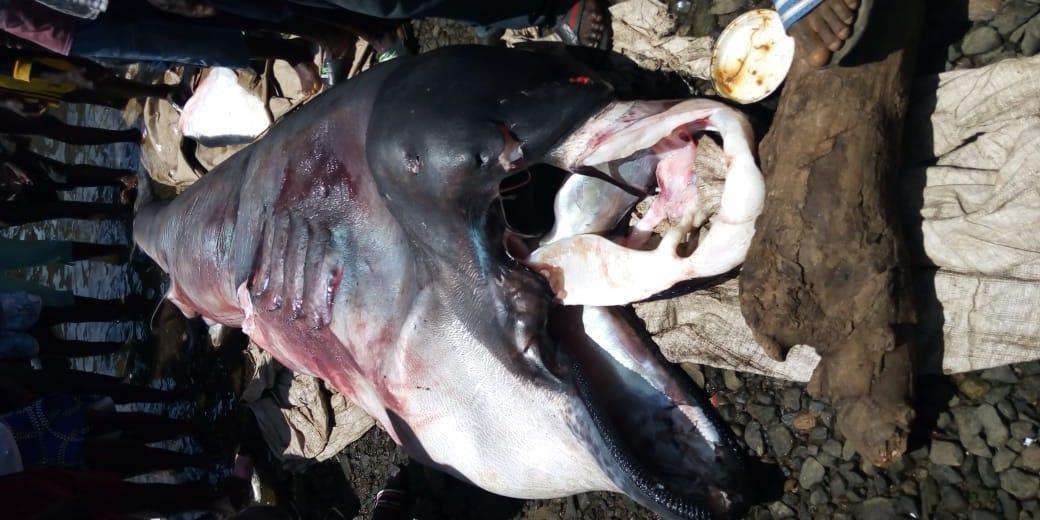 “A very strange shark fish landing today in Harper” – so read a WhatsApp message from Sylvester, one of our Liberian staff, accompanied by images of a huge and weird-looking fish that had been brought ashore at Harper, a remote town on Liberia’s south coast.

None of the local fishermen had ever seen anything like this fish, which was nearly 4 metres long, with a vast head, rubbery lips and elongated gill slits. It’s not surprising that it wasn’t instantly recognised when it came up on the 26 March, caught in a drift net. This animal is a megamouth shark (Megachasma pelagios), which, despite its huge size remains one of the world’s most elusive shark species.

Megamouths were only discovered in 1976 when an individual was captured in Hawaii. Most sightings recorded since then have been in waters around Japan, Taiwan and the Philippines, but they range across the Atlantic, Pacific and Indian oceans in what is thought to be a highly migratory population. Individuals have very rarely been reported in West Africa and this sighting is significant and will help build a picture of the many different shark species that live – and need protection – in the region’s waters.

This is only the 103rd time the species has been recorded globally, and the second time in West Africa; the only other documented sighting in the region being in Senegal in 1995. Unlike their fellow filter-feeding sharks – the whale shark and basking shark – few specimens ever been observed by humans and they have rarely been viewed alive. There is a sad irony in the fact that because of the lack of population data, megamouths are listed by the IUCN as a species of ‘least concern’.

So it is that the simple WhatsApp message we received reminds us that a group of dedicated conservationists and community scientists, can use ordinary technology to record and share extraordinary information.

For the past seven years, EJF’s local teams have gathered data and photographs of the sharks and rays that are landed by Liberia’s small-scale fishers. We are working with the government to develop a National Plan of Action that will, for the first time, manage and plan for the protection of sharks and rays, which are essential to healthy, productive oceans.

Too late for the megamouth, but our ongoing work can help build the knowledge, outreach and political will to better manage and conserve sharks and rays.

This animal’s discovery in Liberia’s coastal waters reiterates the need to better understand our oceans and all life within them, their interconnections and the need, perhaps above all, for a ‘precautionary approach’ to protect the lives we don’t yet understand. 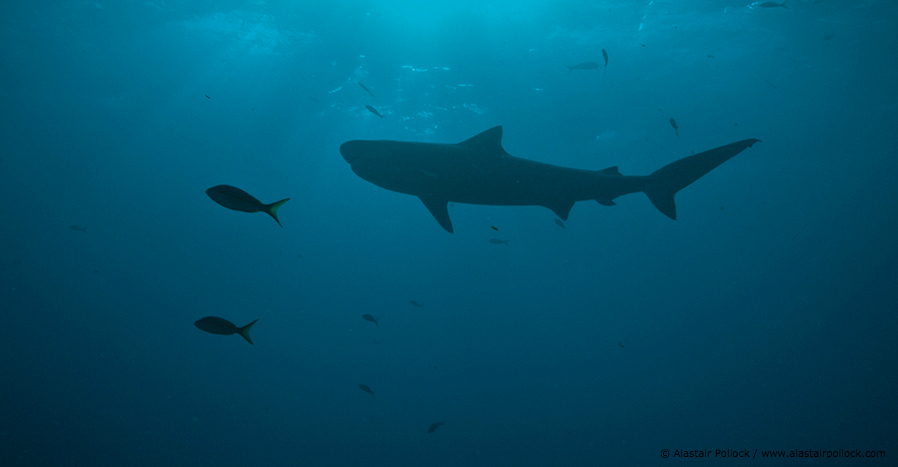 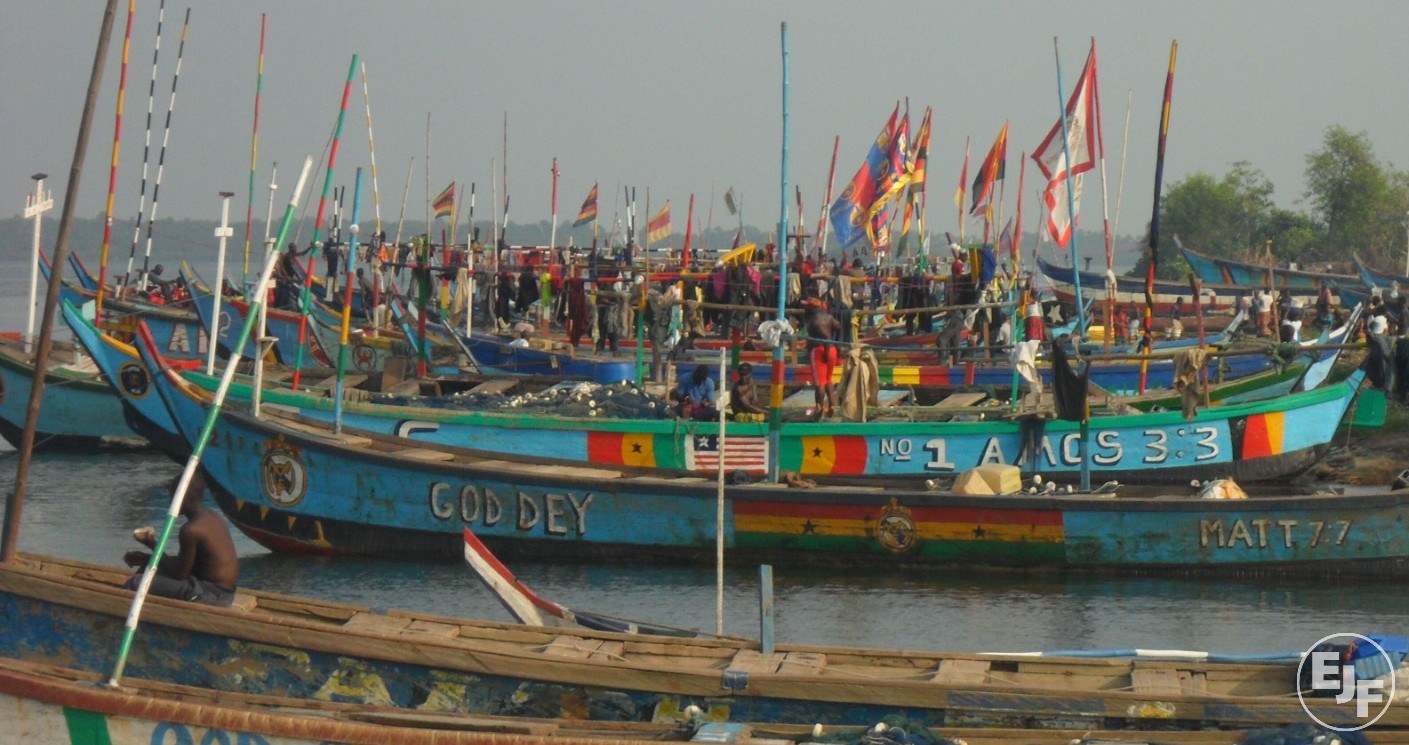