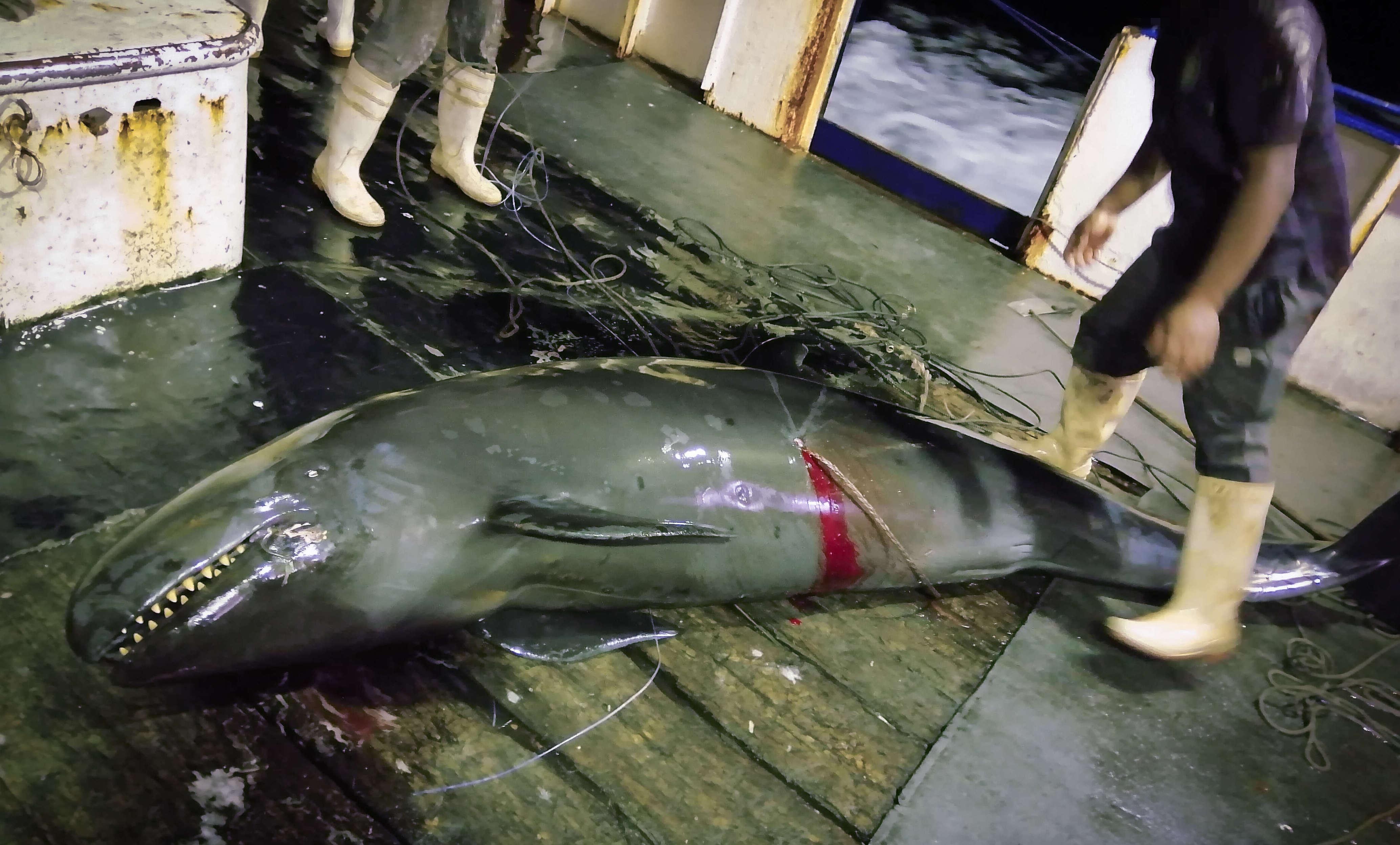 China’s distant water fleet ­– by far the world’s largest – is rife with human rights abuses and illegal fishing, and targets endangered and protected marine life across the world’s ocean, our new report reveals. In the most comprehensive analysis of the fleet to date, we show that China’s state subsidies have allowed the grossly overcapacity fleet to exploit the waters of developing nations that rely on marine resources for livelihoods and food security.

This destruction is enabled by the often total lack of transparency across global fisheries, says EJF, and to prevent it, all nations must implement freely available, cost-effective measures that would give all stakeholders much greater control over their seafood supply chains.

China’s distant water fleet operates across the entire globe with consequences that impact almost every nation, shows our report ­– which cross-references data from the Chinese government with illegal fishing records and testimony from crew.

Illegal fishing is rife among the fleet. Testimony from over a hundred crew aboard 88 vessels showed that 95% reported witnessing some form of illegal fishing.

Almost all the crew interviewed said that sharks were illegally finned on their vessels, a cruel and wasteful process where the more valuable fins are removed, and the shark is thrown overboard to die. Smartphone footage also shows seals being clubbed to death and beheaded, with over a third of the interviewees reporting that protected species such as turtles and seals were caught and killed on their vessels. Around a fifth of the crew also said dolphins were routinely slaughtered as bait for sharks.

“It did not matter whether the shark was big or small, even babies inside the sharks' belly - we took them all. I guess you could call it a ‘devil vessel’ because it really took everything," said one crew member.

These destructive practices are enabled not only by harmful state subsidies – amounting to around US$ 1.8 billion – but also by gross human rights abuses of migrant crew. These workers spoke of physical and verbal abuse, gruelling hours, inadequate food and water, and forced labour at the hands of Chinese captains and senior crew.

The testimony and footage we received revealed Indonesian crew being beaten with metal pipes and threatened with knives by senior Chinese crew. Overall, 58% of the crew we interviewed said they had witnessed or experienced physical violence and 85% reported abusive working and living conditions. “I was being restrained and hit. They beat every part of my body,” said one Indonesian man. In addition, almost all the crew (97%) interviewed said they had experienced some form of debt bondage or had documents such as passports confiscated.

As well as offenses carried out at sea, the report examines the corporations involved in these infringements – mapping the complex onshore corporate structures of the fleet. In Ghana, for instance, at least 90% of the nation’s industrial trawl fleet is suspected to be owned by Chinese corporations who use local ‘front’ companies to register as Ghanaian and circumvent the law. Many of these vessels have been repeatedly associated with illegal fishing.

Where the fish caught by the fleet ends up is also shrouded by opacity, making it difficult or impossible to trace supply chains. However, what is known is that a number of Chinese distant-water vessels are licensed to export to Europe, and China is the US’s largest seafood trading partner.

The Chinese fleet has become a substantial presence in many developing countries and regions that have limited capacity for monitoring fishing vessels yet are heavily dependent on fishing for local food security and livelihoods, the report shows.

Africa stands out, accounting for 78.5% of the Chinese government-approved fisheries projects in other countries' waters. In West Africa, an area known to be rife with illegal fishing, the Chinese bottom trawl fleet catches an estimated 2.35 million tonnes of seafood every year – by some estimates, around half of China's total distant-water catch – valued at over US$ 5 billion. Many fish populations in Africa are heavily exploited, to the point of possible collapse, which would spell disaster for impoverished coastal communities.

These state-subsidised vessels are ravaging the ocean, committing human rights abuses and driving environmental injustice, all while hiding behind complex onshore corporate structures preventing those responsible from being held to account. These findings highlight the overarching failure of the Chinese government to effectively control and regulate its distant-water fleet, but also reveal a wider international problem: the shocking lack of transparency across the sector. As well as China controlling its fleet, any nation importing fish caught by Chinese vessels should be demanding full transparency along the whole supply chain. That is the only way we can be sure that we, as consumers, don’t end up eating slave-caught fish and driving the destruction of our ocean. 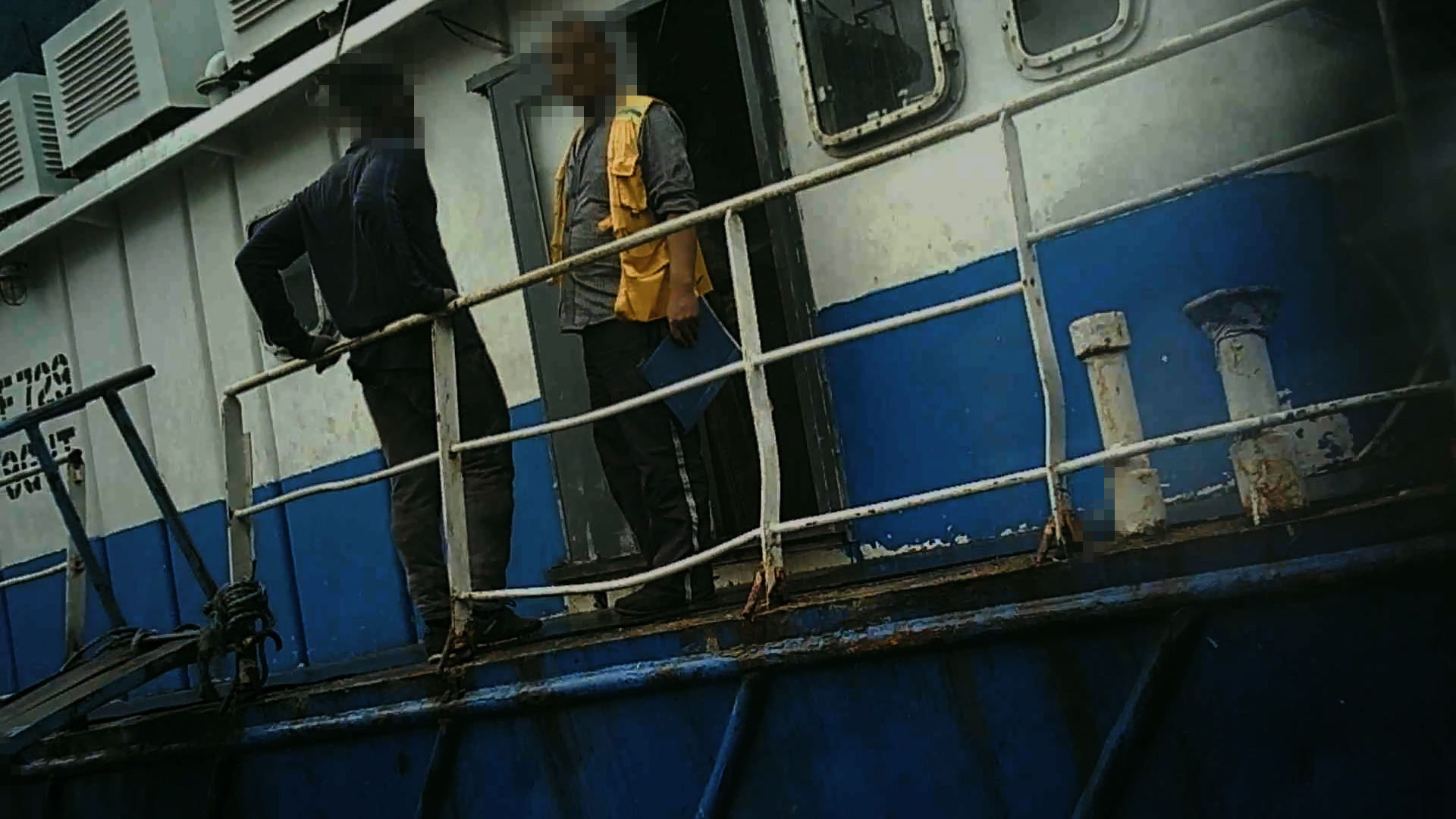