The fundamental human rights of Ghanaian fishing communities, such as the right to adequate food and decent work, are being threatened by the government’s failure to tackle overfishing and illegal fishing by industrial trawlers, our new report has revealed. These communities are a vulnerable and marginalised group, and urgent measures must be taken by the Ghanaian government to ensure their basic human rights are upheld, as required under international law.

Ghana’s fish populations are in steep decline. Severe overcapacity of the trawl fleet combined with the illegal practice of ‘saiko’ – where industrial trawlers illegally target the staple catch of small-scale fishers and transfer it to specially adapted boats at sea – is driving the collapse of Ghana’s inshore fishery. This puts the food security and income of millions of Ghanaians into jeopardy.

Our new report shows that basic human rights of Ghana’s fishing communities, including the right to adequate food, adequate standard of living and just working conditions, are under threat. Over half the 215 small-scale fishers, processors and traders we spoke to reported going without sufficient food over the past year. This was especially severe among the processors and traders, the vast majority of whom are women.

Over 70% of respondents also reported a deterioration in their living conditions over the past five years, with incomes falling below the level necessary for a decent living, leaving them unable to cover basic needs.

Local fishers are increasingly having to compete with industrial vessels to survive, travelling further and further out to sea in search of catches. This puts both the fishers, and the fishing equipment on which they depend, at risk. Around 70% of the fishers surveyed had suffered damage to their fishing gear by industrial trawlers.

Our report stops short of stating that mismanagement of the fisheries sector by the Ghanaian government has caused a violation of fundamental human rights but calls for urgent investigation into this matter.

In failing to prevent trawling companies from violating the right to work of small-scale fishers and workers it is unclear whether Ghana is meeting its minimum obligation under international law to protect the human rights that would enable this marginalised group to live a life of dignity.

Other essential human rights, such as access to clean drinking water, education, sanitation, medical services, and social security are also under threat. While these issues are less closely related to the decline of the fishing industry, they also require swift and effective government measures to ensure the rights of small-scale fishers and their communities.

These communities rely almost entirely on fish and fishing for their survival, and at present, there are very few alternative livelihoods available to these people, an issue compounded by low school completion rates. We found that approximately 15-20% of children in the survey had never completed primary school.

The fundamental human rights to decent work and an adequate standard of living are under threat in Ghanaian fishing communities. The government must account for and remedy any infringements of these rights.

Alongside action to ensure sustainability and environmental security, the government of Ghana must adopt a rights-based approach to fisheries management, which prioritises the needs of vulnerable small-scale fishing communities who make up the majority of fish workers in the country yet are often marginalised in decisions concerning their livelihoods. Improving governance of the sector through enhanced transparency; ending illegal fishing; reducing fleet capacity; reforming subsidies; and the development of realistic alternative livelihoods for fishing communities are all key steps that must be taken immediately.

The planned reform of Ghana’s fisheries law framework provides an opportunity to establish a clear and unequivocal legal basis to respect, protect and fulfil the human rights of small-scale fishing communities while ensuring environmental security and sustainability. 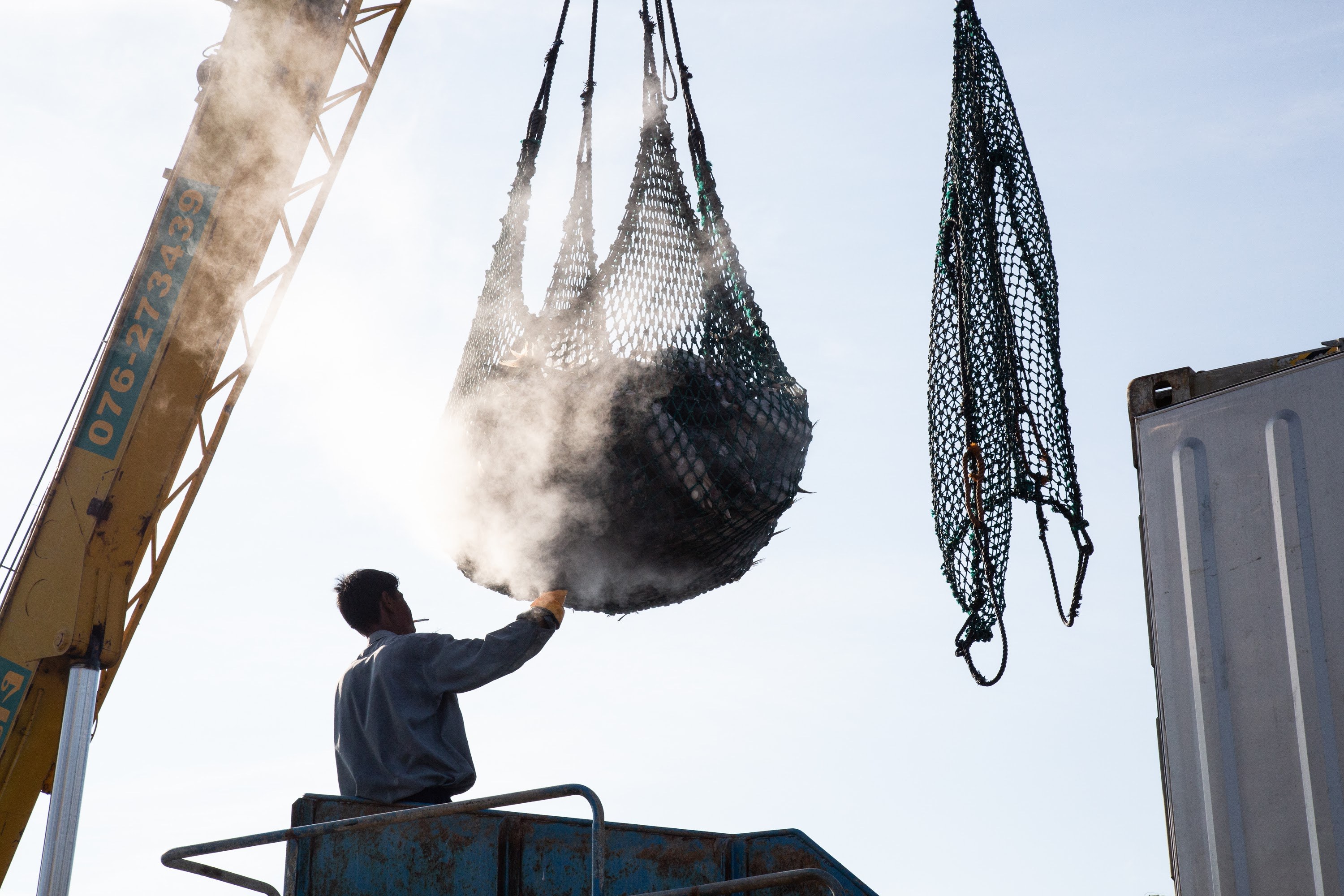