‘Saiko’ is a severely destructive form of illegal fishing, where foreign trawlers target the staple catch of Ghanaian canoe fishers and sell this stolen fish back to local communities at a profit. For the first time, a new report has estimated the true cost of saiko. In 2017 alone this trade took around 100,000 tonnes of fish, costing Ghana tens of millions of dollars in revenue and threatening food security and coastal livelihoods, the investigations show.

The Environmental Justice Foundation (EJF) filmed illegal activities as they happened at sea and undertook first-hand monitoring at ports and data analysis to reveal the full catastrophic scale of this form of organised crime.

In 2017, approximately 100,000 tonnes of fish were landed through saiko. This means just 40% of trawler catches were landed legally that year.

The trawlers themselves are run almost exclusively by Chinese operators, who use Ghanaian ‘front’ companies to bypass laws forbidding any foreign ownership or control of industrial trawl vessels flying Ghana’s flag. EJF has revealed that over 90% of industrial trawlers licensed in Ghana are linked to Chinese ownership.

These industrial boats are able to hoover up vast quantities of ‘small pelagic’ fish such as sardinella – the main catch of the local canoe fishers and a crucial part of the Ghanaian diet. Unless ambitious action is taken, scientists estimate that these stocks could last less than six more years.

In addition, much of the saiko catch is juvenile fish – over 60% of fish analysed from October 2018 - April 2019, the report found. Harvesting at this early stage can severely impact the capacity of Ghana’s fish stocks to replenish.

Saiko also causes job losses. The specially built ‘saiko canoes’ that take the fish from the trawlers back to ports such as Elmina carry 450 times the average catch of the fishing canoes and are operated by only a few individuals. The report calculates that while canoe fishing offers direct employment for around 60 fishers for every 100 tonnes of fish, saiko means only 1.5 jobs per 100 tonnes – 40 times fewer.

“Saiko is precipitating the collapse of Ghana’s staple fish stock and with it, poverty and hunger for its people,” said EJF’s Executive Director Steve Trent. “Chinese trawlers are making millions of dollars in an illegal trade which makes up over half of the fish caught by industrial boats in Ghana. This is an ecological crisis that is bringing about a human one as local communities are deprived livelihoods, income and food security.

“But, it is absolutely clear that the government has the ability to stop this illegal and highly damaging activity now and equally clear that it must do so without delay if it is to prevent the decline or collapse of these fisheries.”

Director of Hen Mpoano, a Ghana-based NGO that co-authored the report, Kofi Agbogah says: “Saiko is sucking the heart out of Ghana’s fisheries. The incomes of small-scale fishers have dropped by as much as 40% in the last 10-15 years, and Ghana is now forced to import more than half of fish consumed. Trans-shipments of fish at sea are notoriously difficult to monitor, even with the most advanced systems in place. Instead, all catches should be landed in authorized ports and recorded in official statistics. This would also ensure compliance with fishing-gear restrictions that prevent trawlers from targeting small pelagics.”

Hen Mpoano is a non-profit organization based in Ghana. Its vision is for inclusive and integrated management of Ghana’s coastal and marine ecosystems to generate long-term socio-economic and ecological benefits. www.henmpoano.org 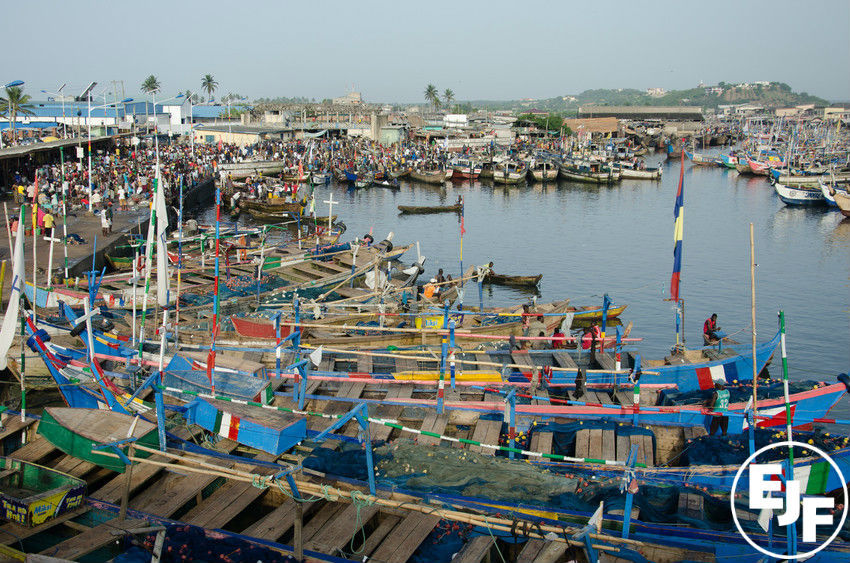 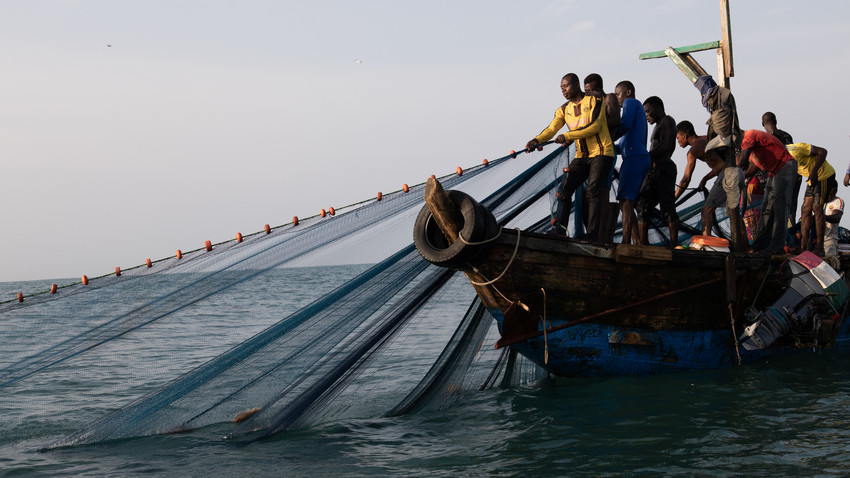