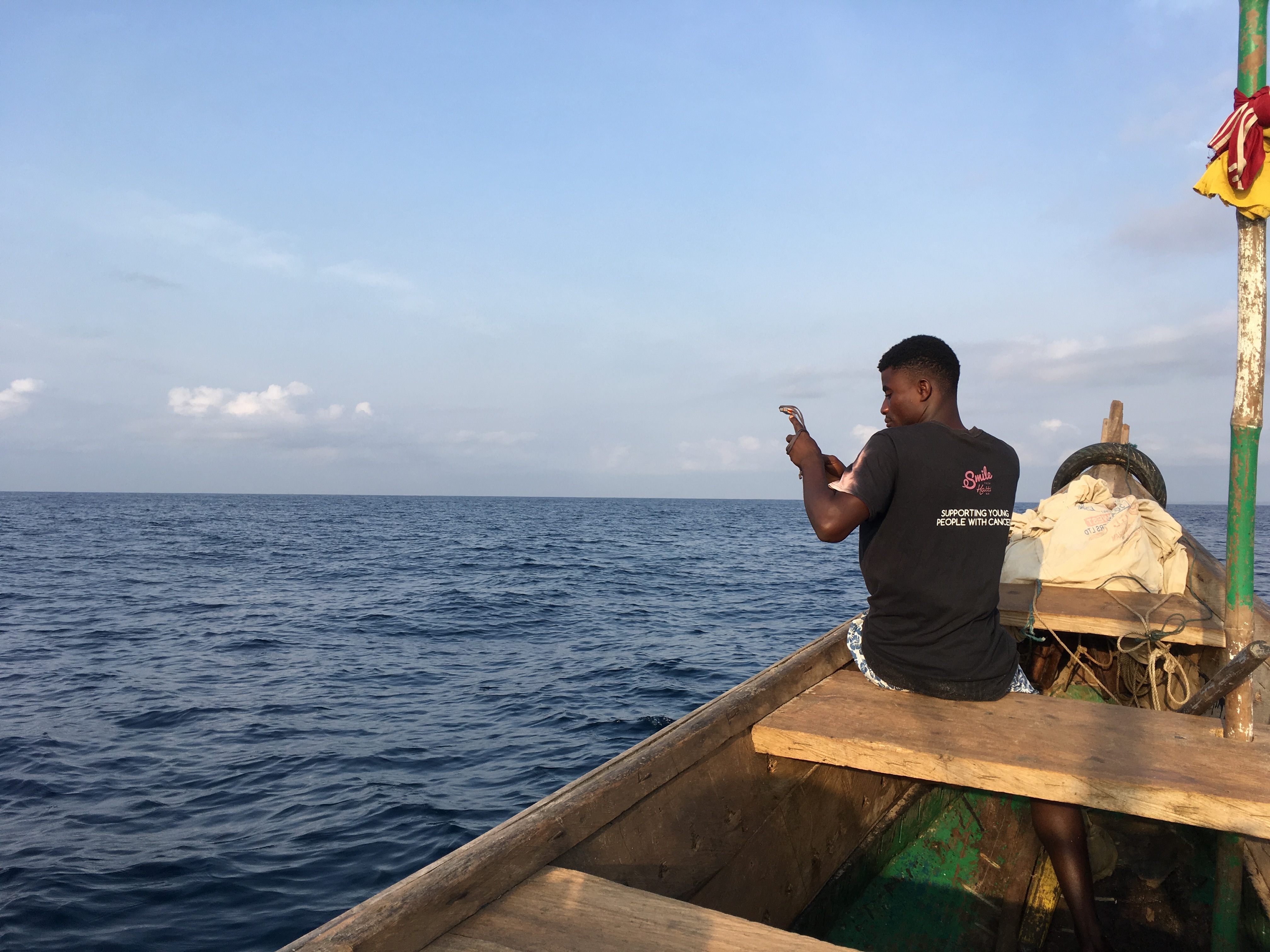 A smartphone app allowing small-scale fishers to gather evidence against industrial vessels fishing illegally was launched today by EJF. Before the development phase had even been completed the app had been used to alert authorities to a trawler fishing illegally in the inshore exclusion zone reserved for canoes. The app is also being developed for use in other West African countries such as Liberia.

Illegal fishing is driving Ghana’s fish populations to the brink, threatening food supplies, livelihoods and national security. Researchers predict the total loss of ‘small pelagic’ fish populations ­– a staple food for local coastal communities – in less than five years unless urgent action is taken. Already Ghana has to import around half of its fish consumption.

The app – called DASE, which means ‘evidence’ in Fante – provides a simple, user-friendly program that can help Ghanaian fishing communities rid their waters of the illegal vessels that threaten their livelihoods. Based on the Collect software platform, it was developed by EJF under the EU-funded Far Dwuma Nkodo project.

When a vessel is spotted illegally fishing, or damaging canoes or gear, the user simply opens the app and takes a photo of the boat with its name or identification number showing and records the location. The app does the rest, uploading the report to a central database where the evidence can be used by the government to catch and sanction the perpetrators.

Proof that DASE is an effective tool in the fight against illegal fishing was provided in late 2019. A canoe fisher was able to film and photograph the Bohye, an industrial trawler, with its nets allegedly deployed in the six nautical mile exclusion zone. This evidence has been submitted to the Fisheries Commission and EJF hopes to see action taken against the vessel owners soon.

The app has been specially designed for small-scale fishers. The storage space needed is minimal, and if the internet is not available it will upload later when the signal improves. Although extra information can be added to the report, such as a video, all that is needed is a photo and location, which can be logged quickly and easily at sea. The project also distributes waterproof pouches to protect fishers’ phones.

“Now the trawlers are afraid to come close to shore because they have become aware we are taking photos of them. They only do so at night in our absence.”
– Fisher from the Moree fishing community in the Central Region.

At the launch event in Cape Coast, Nana Jojo Solomon, executive member of the Ghana National Canoe Fishermen Council said: “Illegal fishing is causing the collapse of Ghana’s staple fish stocks and the loss of food security, livelihoods and tens of millions of dollars in national revenue. This app means canoe fishers no longer have to stand by while industrial vessels fish illegally in their fishing grounds.”

As well as illegal fishing in the exclusion zone the app can be used to help fishers who have had their canoes or gear harmed to claim damages from the perpetrators. It could also be an important tool in preventing saiko – a severely destructive form of illegal fishing, where trawlers target the staple catch of canoe fishers and sell this fish back to local communities at a profit.

During its development over the course of 2019, EJF engaged with over 700 fishers across 48 communities in Ghana’s Central Region, in collaboration with the government’s Fisheries Commission. This process provided fisherfolk and government staff with training to use the app and their suggestions and feedback helped to perfect it.

This cheap, readily available and practical technology will empower fishing communities to take action to protect the environment and resources which they depend on.