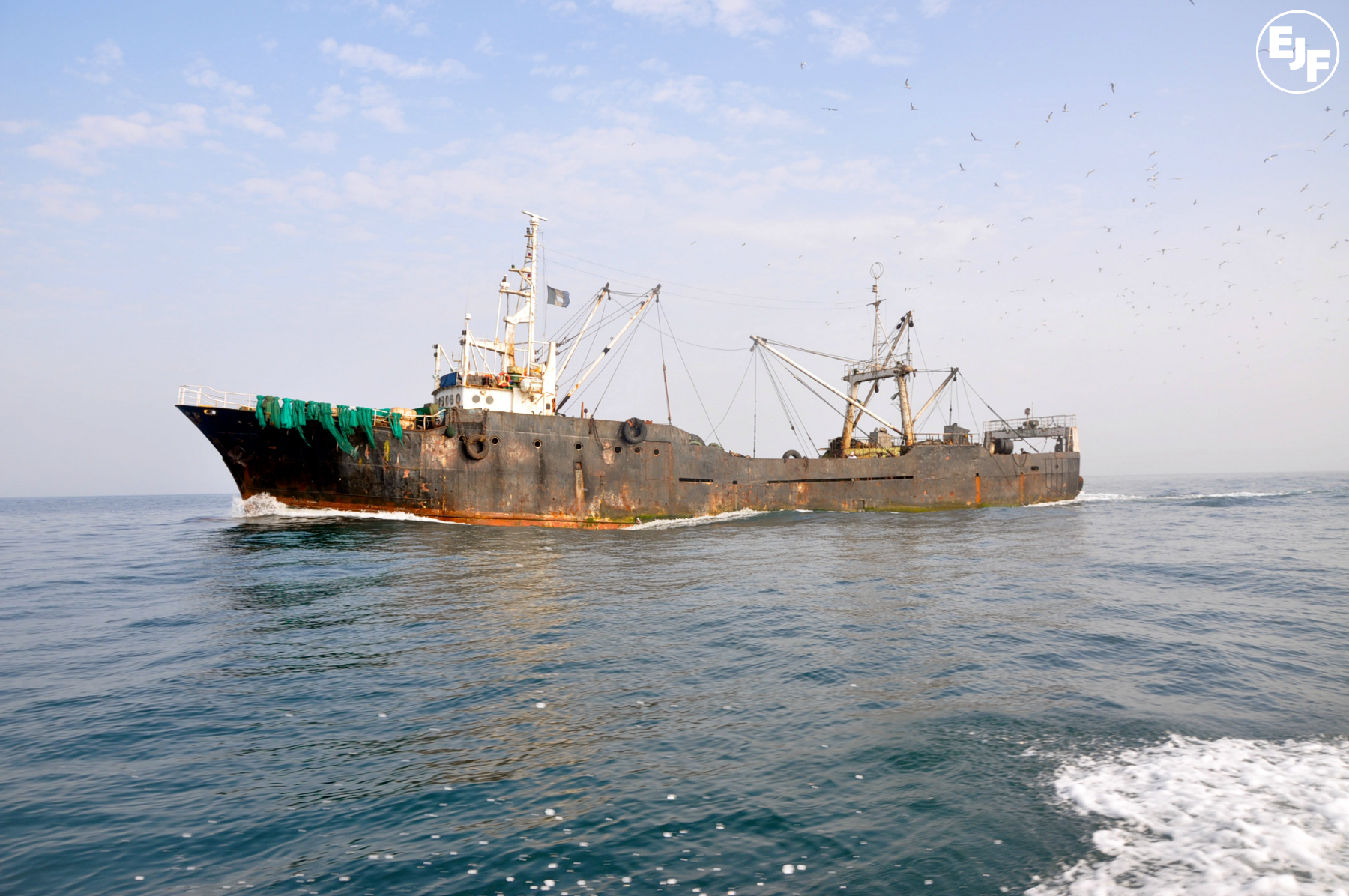 The Spanish Government has announced the launch of ‘Operation Sparrow’, an investigation into several companies for alleged links with illegal, unreported and unregulated (IUU) fishing activities.

If the investigation finds links to IUU fishing, including financial connections, it could lead to the imposition of significant fines on Spanish companies and citizens involved. This is the first time that Spain has enforced its new fisheries law, which came into effect earlier this year and allows Spanish authorities to sanction nationals guilty of involvement in IUU fishing. The law is the Spanish incorporation of the EU’s IUU regulation.

The operation has included the inspection of companies based in Coruña (Galicia) for their alleged links with pirate fishing vessels active in Antarctic waters in the CCAMLR (1, 2) area. In January, New Zealand authorities found vessels illegally fishing Patagonian toothfish in the Southern Ocean, suspected to be linked to Spanish companies.

EJF, Oceana, Pew and WWF - who have formed a coalition to support the fight against IUU fishing in Europe - welcome this decision by Spain as it represents an important step towards the eradication of this global threat.

“Our Coalition congratulates the steps taken by the Spanish Government to put a definitive end to the historical involvement of some Spanish operators in IUU fishing around the globe. European Union member states are demonstrating that their commitment to eradicating illegal fishing is not limited to the EU market, and that no EU citizen should benefit from these operations, wherever in the world they happen.” - María José Cornax, Fisheries Campaign Manager for Oceana Europe

“Any legislation is only as strong as the will to enforce it. By initiating these proceedings, the Spanish Government is demonstrating the strength and potential of EU legislation designed to combat the scourge of illegal fishing. Wherever in the world they are, the perpetrators of illegal fishing are no longer out of reach or out of sight – this legislation, combined with better tracking technology, ensures that.” - Anthony Long, Director of the Ending Illegal Fishing Project, Pew

IUU fishing depletes fish stocks, damages marine ecosystems, puts legitimate fishers at an unfair disadvantage, and jeopardises the livelihoods of some of the world’s most vulnerable communities. IUU fishing is estimated to cost up to €19 billion annually, representing up to 26 million tons of fish caught.

Spain, Europe’s largest fishing country and biggest EU importer and exporter of seafood products, is the first to take measures against pirate fishing. Spain represents 20% of Europe’s fishing capacity and has the highest number of citizens employed in the fishing sector.

The EU’s IUU Regulation, which came into force in 2010 (3), aims to keep illegally caught fish out of the EU by requiring ‘catch certificates’ for seafood imports and exports. This Regulation also applies sanctions to EU nationals economically benefitting from IUU fishing and bars the import of fish from states and vessels known to be involved in IUU fishing. Both the Regulation and the EU’s enforcement of it are unique.

The Environmental Justice Foundation (EJF), Oceana, The Pew Charitable Trusts and WWF are working together to secure the harmonised and effective implementation of the EU Regulation to end illegal, unreported and unregulated (IUU) fishing.