The re-election of Lula means people and nature in Brazil have a chance to recover after the wanton destruction of the Bolsonaro years, writes Steve Trent, EJF CEO and Co-Founder. Here are the first three things Lula should focus on when he retakes office.

After four years of environmental destruction, violations of Indigenous rights and attacks on science in Brazil, the world breathes a sigh of relief after Lula's re-election. However, he will need all the support he can get to steer Brazil back towards being a global environmental leader.

Record levels of deforestation across different biomes, the weakening of environmental legislation and the defunding of environmental agencies are part of the legacy left behind by his right-wing predecessor. And, although the election ended the Bolsonaro presidency, it also marked the rise and control of Bolsonaro's political allies in the legislative branch.

Lula now has the task of reversing the reckless destruction of the Bolsonaro era. Here are some of the most pressing issues the new president will need to focus on if he is to succeed.

The first task will be simply ending the legalised destruction of the Bolsonaro era by repealing his most damaging legislation.

This photo shows the Amazon burning in 2022. Photo taken by Gustavo Figueirôa of SOS Pantanal.

Halt deforestation in all biomes across Brazil

Deforestation is among the most important drivers of climate change. Recent research indicates that carbon loss from deforestation of tropical forests has doubled in the past two decades and deforestation represents today the second largest source of carbon emissions, after fossil fuels.

This trend of destruction has turned the Amazon forest, the world's largest rainforest, into a source of carbon emissions, rather than a carbon sink. During Bolsonaro's term, the Amazon lost 31 thousand km2 to deforestation, an area the same size as Belgium. Other Brazilian biomes, like the Cerrado and the Pantanal, experienced high rates of destruction under Bolsonaro's government too, with the latter losing nearly one-third of its territories to wildfires in 2020 alone.

Now it's Lula's responsibility to halt deforestation in all biomes to protect what's left. During Lula's past presidency and under the leadership of the Environmental Minister at the time, Marina da Silva, Brazil saw one of the most significant reductions in deforestation in the nation’s history: from 2004 to 2010, it fell by 74%. However, the political and economic environment is very different to the one he encountered when first elected in 2003. In the past decade, agribusiness in Brazil has become intertwined with politics, with massive investments in lobbying and electing representatives able to defend their interests. There has been a particular focus on influencing legislation pertaining to the environment, employment and Indigenous rights.

However, under the right leadership and with the right alliances and ambition, Brazil's new government can rise to the task.

Reestablishing diplomatic relationships and negotiating international funding to keep the world's largest rainforest standing will be, without question, an important step towards protecting Brazilian ecosystems. But, there is also work to be done domestically.

The first task will be simply ending the legalised destruction of the Bolsonaro era by repealing his most damaging legislation. Lula must also invest in science and monitoring technologies, with funding for environmental agencies to respond to deforestation on the ground. They must be able to respond swiftly to deforestation and fire alerts, while also identifying and punishing those responsible for environmental crimes.

Supporting the rights of Indigenous peoples and their control of their lands is first and foremost a matter of defending the most basic human rights. 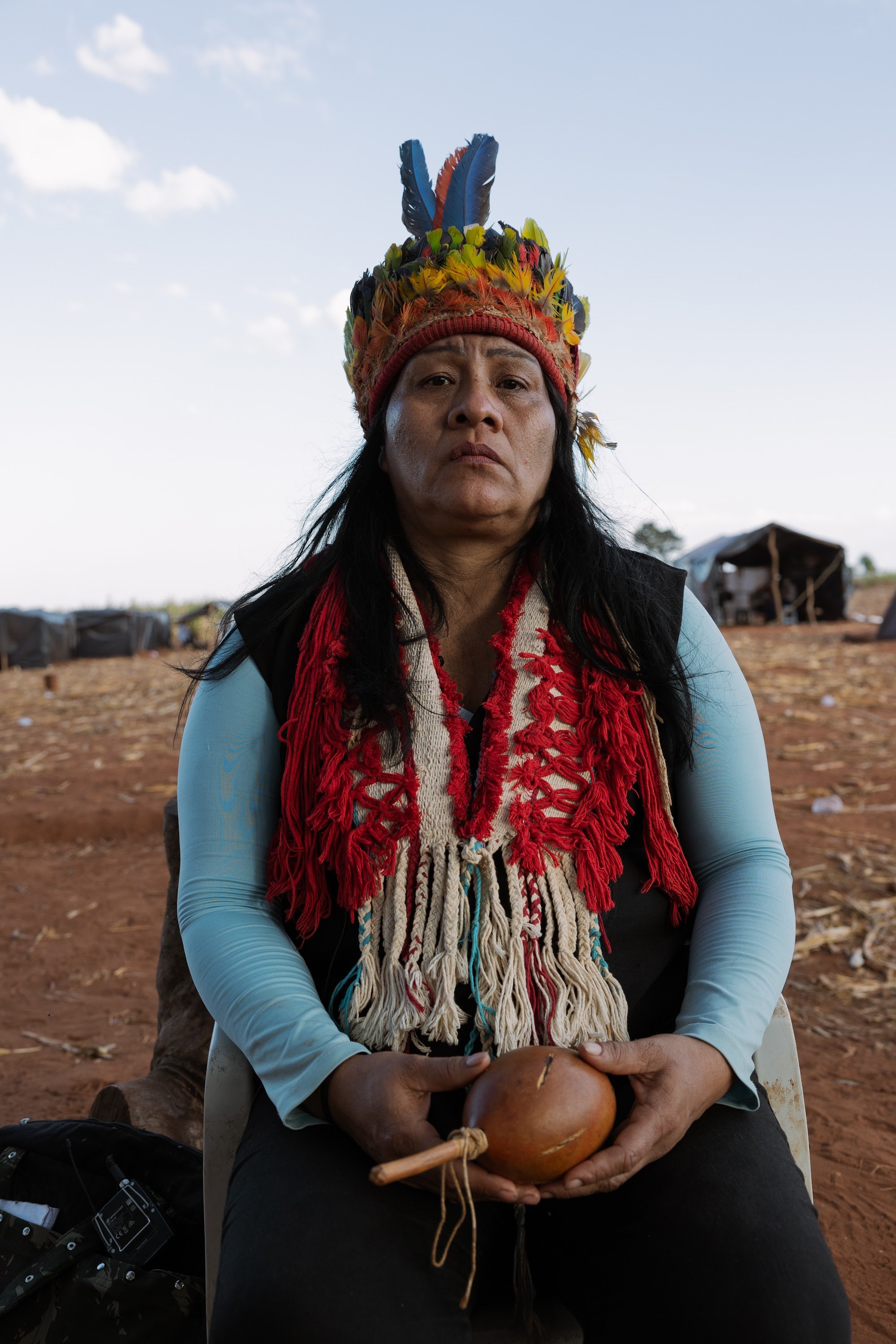 Uphold the rights of Indigenous communities

Nearly 14% of Brazil is made up of Indigenous territories. Supporting the rights of Indigenous peoples and their control of their lands is first and foremost a matter of defending the most basic human rights. Beyond this, it is also crucial to the fight against climate breakdown and to ensure a sustainable future for Earth’s life support systems. Indigenous territories in Brazil have more species of mammals, birds, reptiles, and amphibians than all the protected areas existing in the country outside Indigenous lands.

Yet, the growing appetite for land for agribusiness expansion, combined with Bolsonaro's incitement to violence against Indigenous people, has driven deadly conflict. In 2021 alone, 176 Indigenous people were murdered in Brazil and the suicide rate hit its highest level in eight years, with 148 people taking their own lives. Violence has also been directed to those defending the rights of Indigenous peoples in Brazil, as the murder of Dom Philips and Bruno Pereira has shown.

To secure the rights of Indigenous peoples in Brazil, Lula will need to strengthen the National Indian Foundation (FUNAI), which some have accused of having become, in recent years, an agency that jeopardises Indigenous rights rather than protect them. To reestablish peace within and around Indigenous lands, Lula must also recognize Indigenous constitutional land rights on ancestral lands, a process that has been delayed for decades.

Although the scenario is challenging and grim, Lula can and should work closely with recently elected Indigenous representatives, such as Sônia Guajajara and Célia Xacriabá.

This increase in Indigenous political representation might also serve as an opportunity for the new President to go beyond just working to guarantee Indigenous rights but also to think creatively and pragmatically about ways to compensate these communities, often living in vulnerable conditions in the outskirts of cities, for the service they provide to the world by safeguarding biodiversity and delaying climate catastrophe. 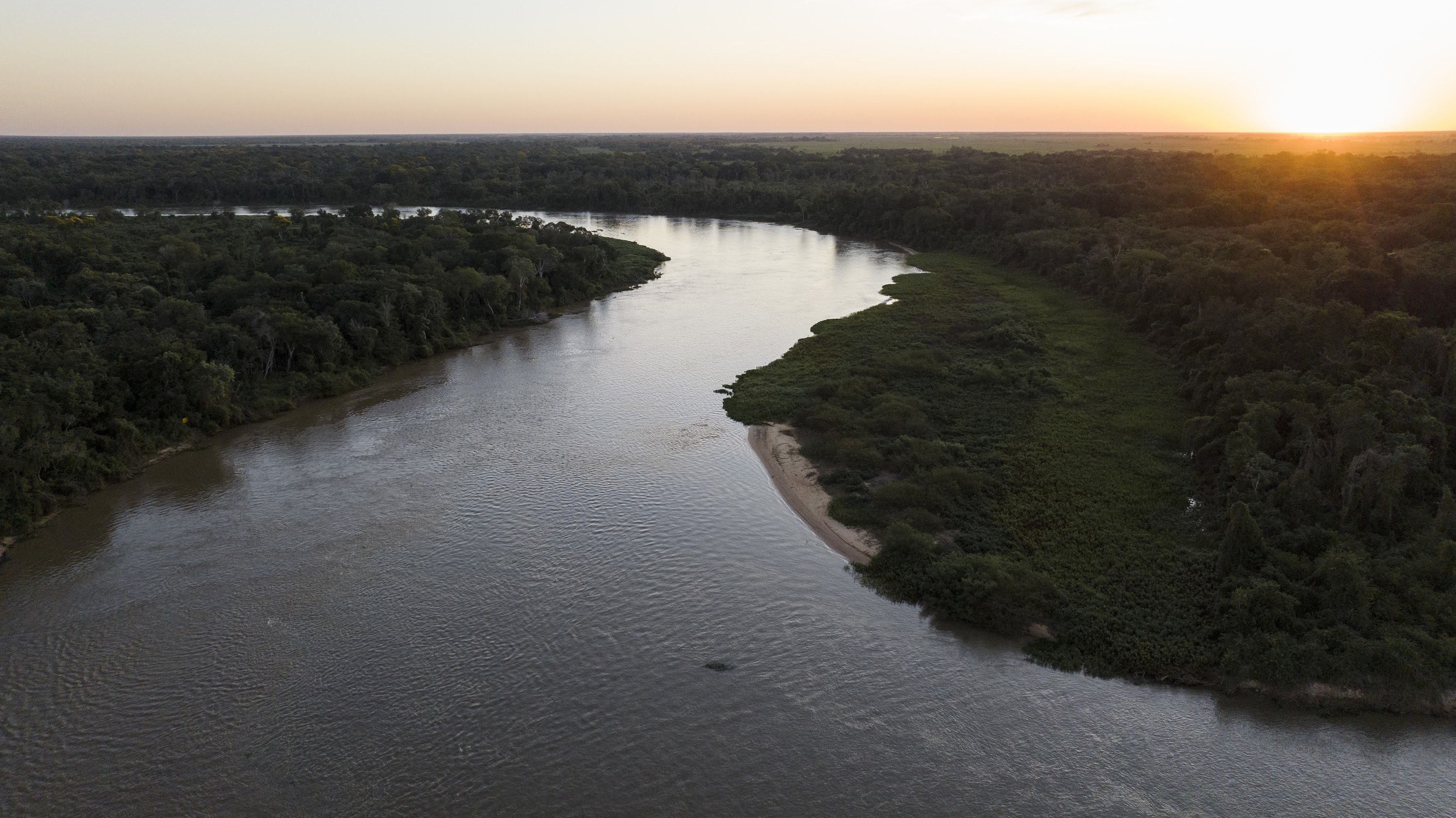 Fundamentally, efforts to end deforestation, reforest degraded land and support the wide range of precious ecosystems in Brazil must have environmental justice at their heart.

This photo shows sunrise over the Pantanal, the world's largest tropical wetland.

Invest in climate mitigation through reforestation

With 50 million hectares of reforestable land, Brazil can make a significant contribution to keeping the world’s climate functioning. Other advantages of investing in climate mitigation through reforestation include the high potential for carbon capture and storage in Brazilian ecosystems, the relatively low cost and the high potential for assisted and natural regeneration.

To ensure the feasibility, scalability and efficacy of reforestation initiatives, Lula must also listen to the calls of Brazilian NGOs, who have asked the new President to work with the private sector to regulate the carbon market in Brazil, making it mandatory for companies to declare, limit and compensate emissions.

Moreover, to meet reduction targets, Lula must also look beyond the Amazon and Cerrado. He must design policy and action plans that protect other important carbon reservoirs such as the Pantanal and mangroves, which are known to be more effective carbon sinks than forests.

Fundamentally, efforts to end deforestation, reforest degraded land and support the wide range of precious ecosystems in Brazil must have environmental justice at their heart. Those who have lost their territories and ways of life to deforestation and the climate crisis, including traditional land users and Indigenous communities, must be able to benefit from these efforts. The restoration of thriving ecosystems in Brazil must not be turned into financial tools which those who caused the original destruction can profit from.

President Lula faces a mammoth challenge to end and reverse the intentional environmental and human rights catastrophes of the Bolsonaro era. However, he has already overseen one transformation to protect people, ecosystems and the global climate. By taking action on these three interconnected issues when he retakes office, he can do so again. 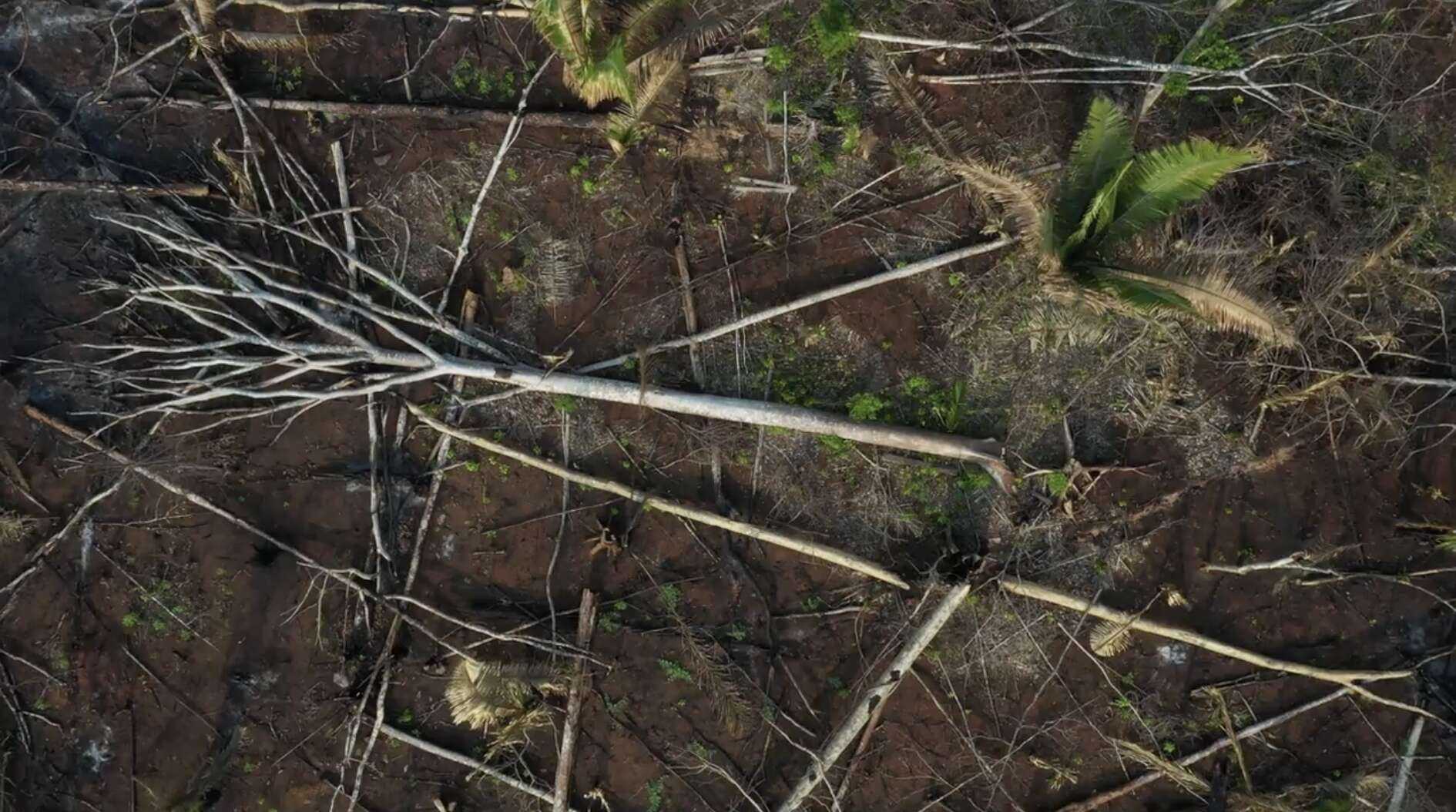 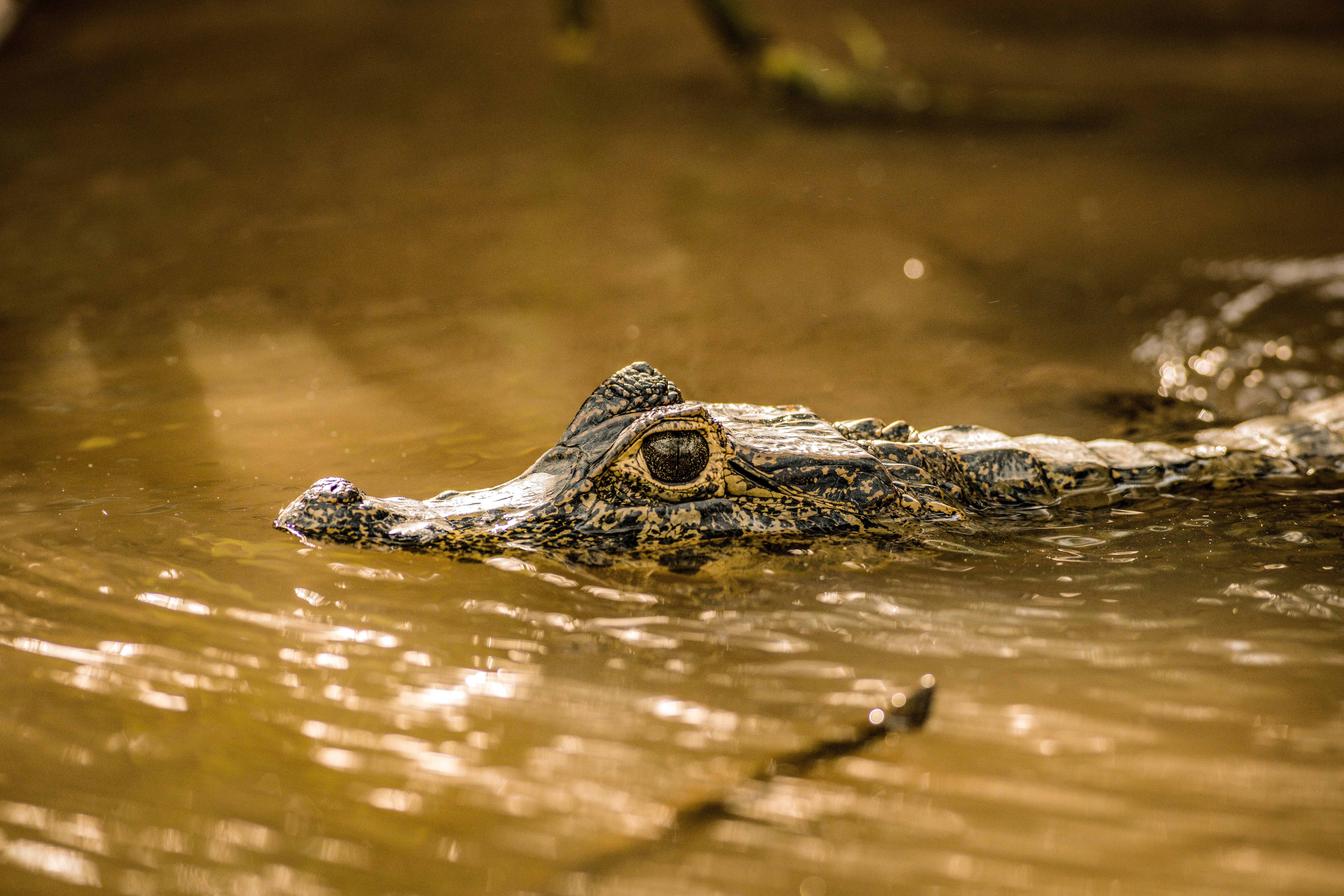 A wetland under siege: is the Pantanal a paradise lost? 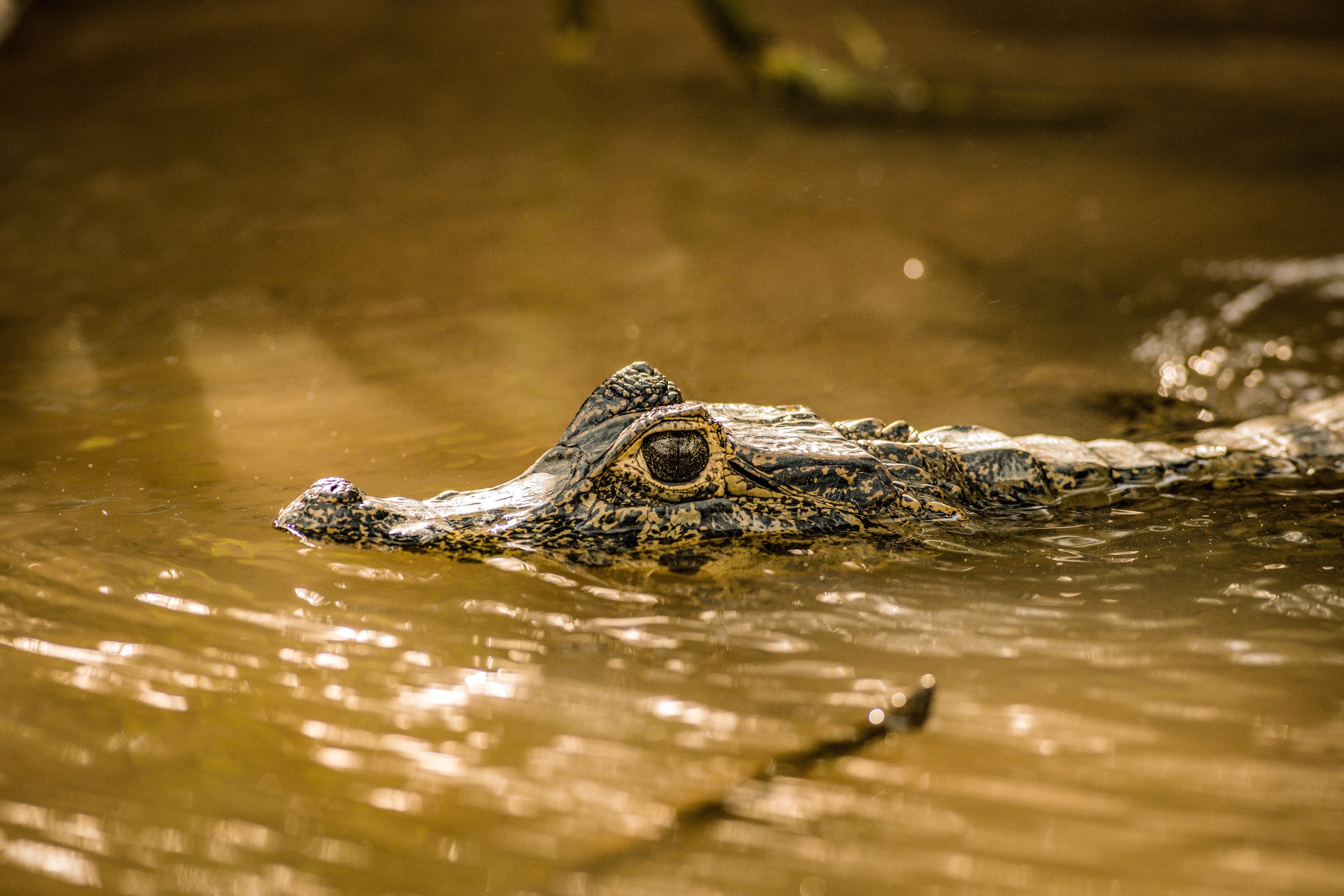 Brazil must do more to protect its people, forests, and the planet