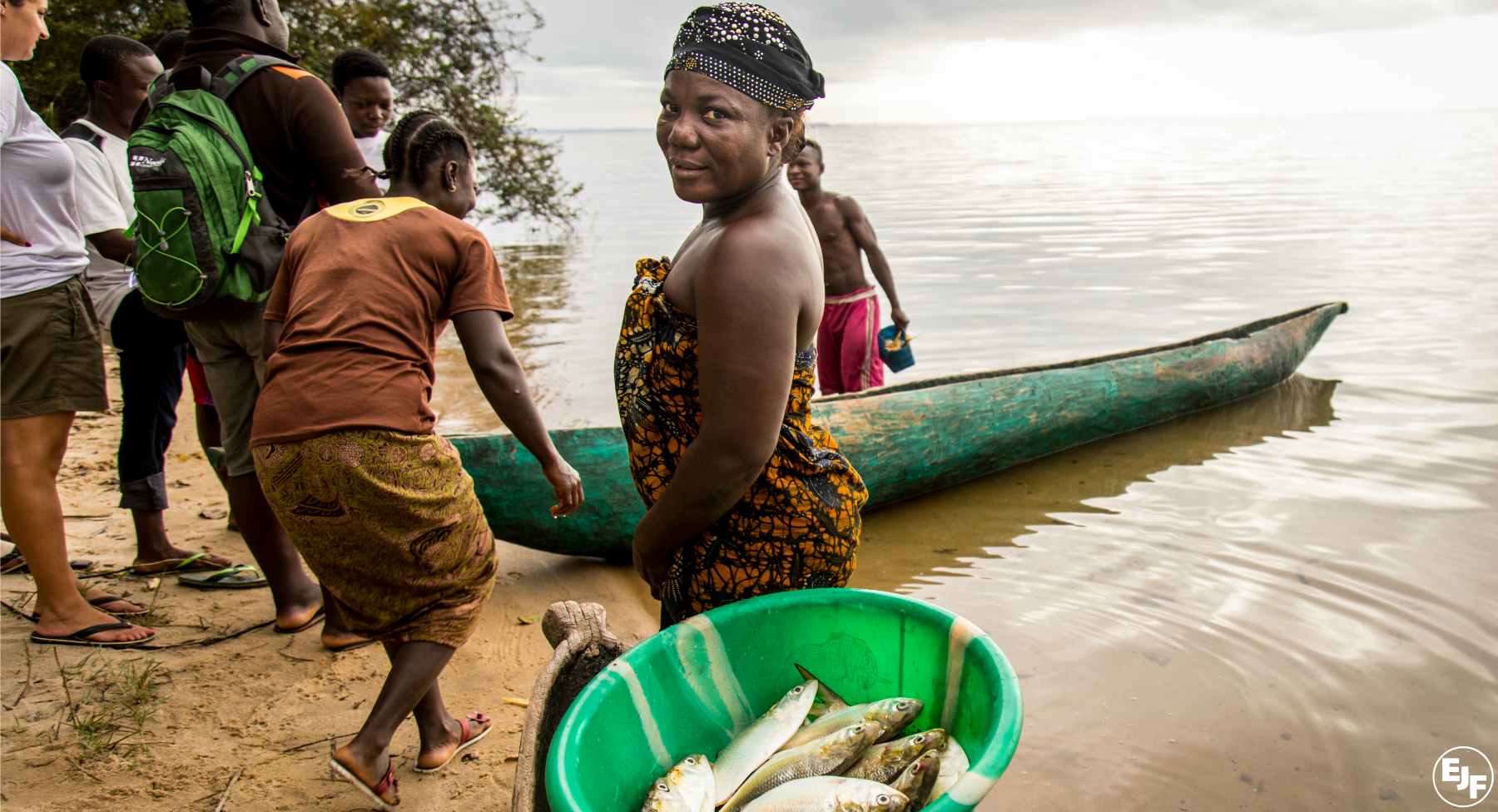 Project funded by the European Union

At the closing event of its European Union funded project “Developing marine protected areas and an ecosystem management approach to Fisheries in the Mano River region, with special focus on Sierra Leone and Liberia”, in Robertsport, the Environmental Justice Foundation (EJF) is, today, reaffirming its commitment to supporting Liberia’s fishing communities in their efforts to build sustainable fisheries across the country.

Today, EJF will be joined by representatives from the European Union, the Liberian Government and groups representing Liberian artisanal fishermen to examine the lessons learnt from the five-year project, and next steps towards further strengthening and protecting the country’s fisheries for both current and future generations.

The fishing industry is vital for West Africa. In Liberia, 65% of animal protein comes from fish, making it the second most purchased food after rice. 33,000 people are directly dependant on the sector for their employment and income.

But the industry is under threat as illegal ‘pirate’ fishing costs West Africa in excess of $1 billion every year. As much as 37% of all fish caught in the region’s waters is done so illegally, putting the livelihoods and food security of millions of people at risk.

Over the past five-years, EJF and its partners have achieved historical milestones towards ending illegal activities, securing marine conservation and building sustainability in the region’s fisheries.

Working in Sierra Leone and Liberia to document and combat pirate fishing, particularly in the Inshore Exclusion Zone (IEZ) - an area reserved for artisanal fishers - we have seen an increase in action taken against vessels fishing illegally.

This has led to a reported decline in illegal fishing vessels and, in turn, an increase in catch for artisanal fishers, an improvement in their livelihoods and a reduction in conflict with industrial vessels.

Over the course of the project, the organisation has also worked with local fishing communities to establish decentralised fisheries management. In Liberia, EJF helped set up the Collaborative Management Association (CMA), an organisation made up of primarily fisherfolk that now manage their own Territorial Use Right for Fishing (TURF) area in Grand Cape Mount. In Sierra Leone, EJF also worked with local co-management associations to establish a new Marine Protected Area around Sherbro Island.

In Lake Piso, Liberia, EJF worked with local communities to establish a Fishery Management Plan for the Lake Piso Multiple Use Reserve. This plan, together with information on Liberia’s vital marine species, is helping to improve the sustainability of Liberia’s fisheries management and inform future policy.

EJF aims to continue to support the CMA and other local efforts, and hopes to use the examples set over the last five years to expand capacity across the country.

“The fishing sector underpins Liberian livelihoods, the country’s economy, and the very way of life for thousands of the country’s citizens. We have seen a huge improvement in the management of Liberia’s fisheries over the last five-years, with the communities we work with reaping the benefits of the reduced levels of illegal fishing we’ve witnessed. But there is still a long way to go to eradicate pirate fishing and to build truly sustainable fisheries in Liberia. EJF remains committed to continuing its work in Liberia and to working with local fisherman to secure the future they want for themselves, their children and their communities.” Steve Trent, EJF’s Executive Director

“We are very grateful to EJF for partnering with us. Illegal fishing was a very serious problem in Robertsport, damaging our gear without any penalty for the trawlers. Now, through EJF’s important work, we no longer have trawlers destroy our nets and fish productivity is up. Thanks to their work in helping us to set up the CMA, our community members now have the ability to make direct decisions about the fishery resources they rely on while providing a stronger voice for local fishermen.” Charles Simpson, Chariman of the Community Management Association from Robertsport, representing artisanal fisherman in the region

About the European Union