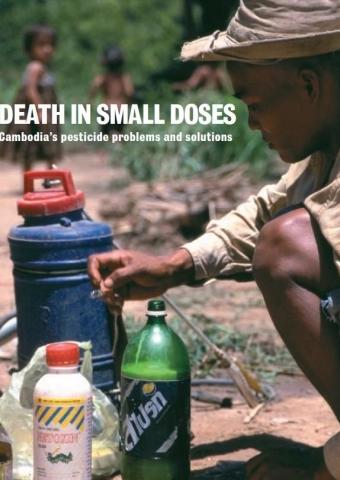 In 2001, the UN FAO and World Health Organisation estimated that developing countries spend US$3 billion annually on pesticides. However, one-third of these pesticides did not meet internationally accepted quality standards. Developing countries are used as a dumping ground for hazardous chemicals, many of which are banned throughout much of the rest of the world because of the serious threats they pose to human health and the natural environment. Cambodia is one such country.

This report outlines EJF’s program to combat the misuse of pesticides in Cambodia and limit the effects on people, wildlife and the natural environment.