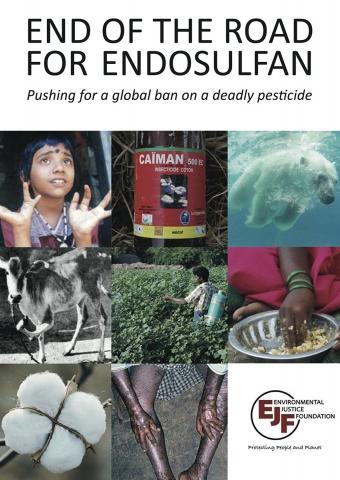 End Of The Road For Endosulfan

A known killer and toxic to the environment, the pesticide endosulfan remains a serious health and environmental hazard.

Despite being banned in 62 countries, its continued production and use continues to poison and people and environments as a number of countries, led by India, stand in the way of a global ban.

This report by the Environmental Justice Foundation (EJF) details the environmental and human impacts of one of the world's most dangerous and pervasive pesticides, highlighting why it should be banned globally.