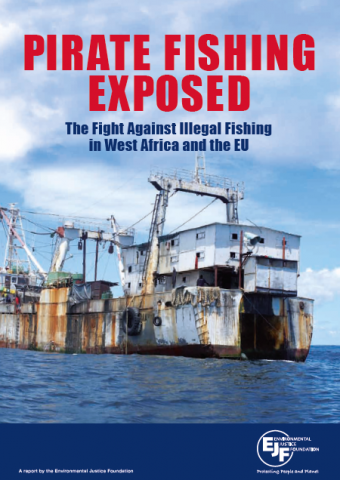 This report by EJF exposes the continued role of the European Union and East Asian countries in facilitating a market for seafood illegally caught in West Africa. Following a two-year investigation by The Environmental Justice Foundation (EJF), “Pirate Fishing Exposed: The Fight Against Illegal Fishing in West Africa and the EU” highlights how local fishing communities are fighting back to combat this illegal trade.

During the two-year surveillance investigation, EJF documented rampant pirate fishing in Sierra Leone and laundering of the illegal catch into the European seafood market by vessels accredited to export fish to the EU.