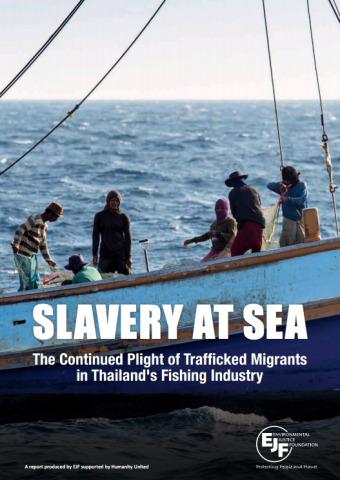 Slavery at Sea: The Continued Plight of Trafficked Migrants in Thailand's Fishing Industry

The report reveals new evidence of human trafficking and the use of violence in the Thai fishing industry and inaction on the part of the Government to identify and prosecute criminals, corrupt officials and unscrupulous business operators, or to enforce measures to regulate fishing fleets and recruitment practices.

The report and film detail testimonies of the 14 men rescued from a port in Kantang - first reported in Sold to the Sea - one year since their rescue. They also document the story of a 21 year old individual from Myanmar who was trafficked and forced to work on a Thai fishing boat in March 2013, before eventually escaping in December after 10 months of unpaid work aboard the boat.