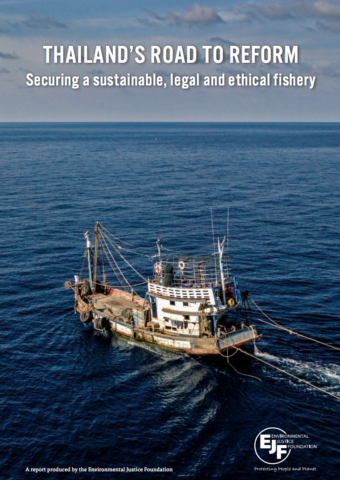 Thailand’s seafood industry was in recent years blighted by uncontrolled growth across its fishing sector resulting in rampant illegal, unreported and unregulated (IUU) fishing as well as violent associated human rights abuses including physical and verbal abuse and even murder. The decision in 2014 by the European Commission in April 2015 to issue a ‘yellow card’ against Thailand’s seafood exports to the European Union was one of several wakeup calls to introduce long overdue reforms. Significant progress has since been made to regain trust and shed a notorious image of a sector steeped in flagrant regulatory and labour abuses, however, much more remains to be done to become a truly sustainable, legal and ethical sector.