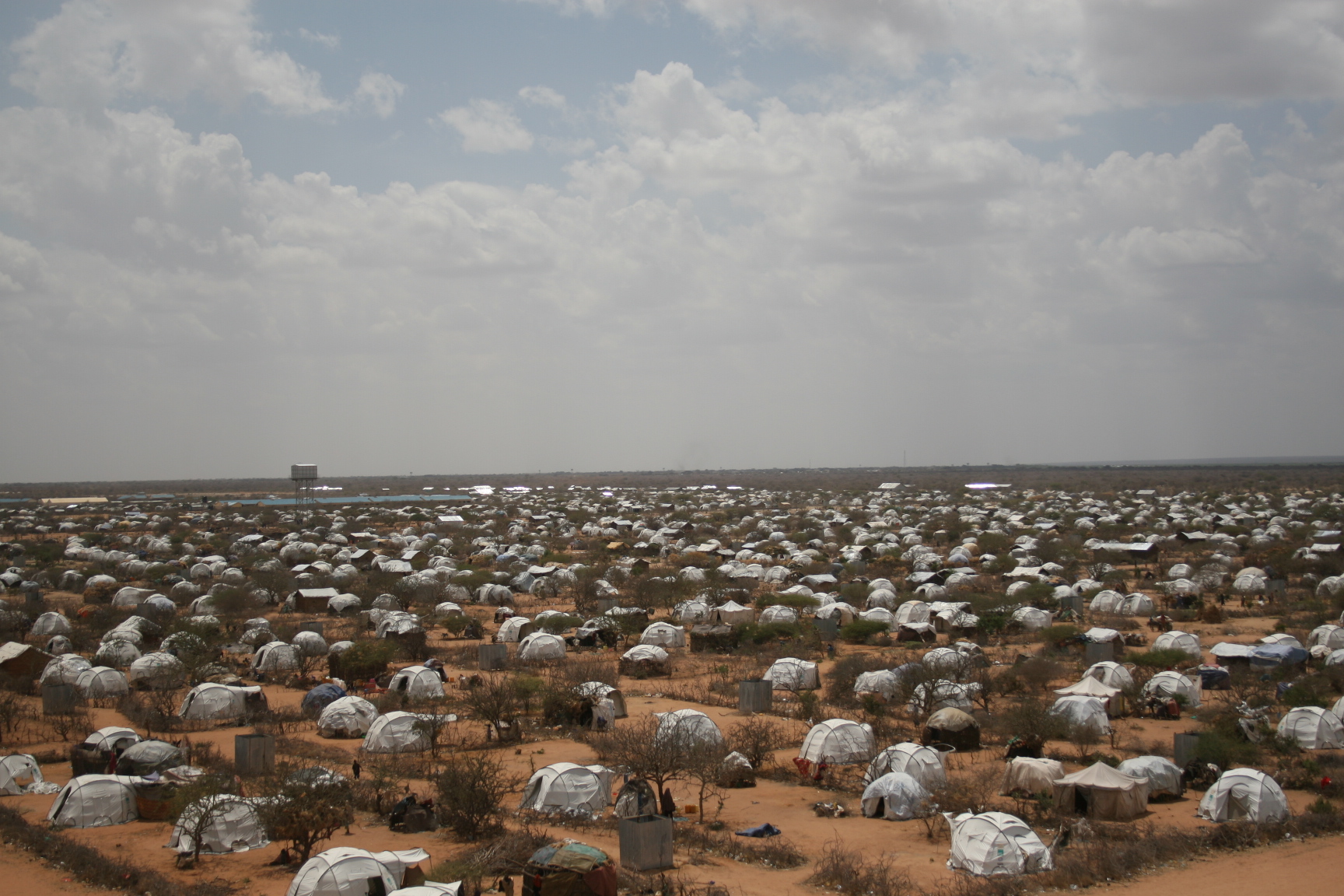 In 2013, the World Bank warned that 4°C of warming by the end of the century is a real and urgent risk. According to an influential study published the same year, such a rise in global temperature could precipitate as much as a 56% increase in the frequency of intergroup conflicts across the world.

Once only considered as an ‘environmental issue’, climate change is an emerging concern on international security agendas. It is seen as a threat to both human and national security.

This report finds that while climate change may not be the sole cause of conflict in the future, it will increasingly become one of the most important and decisive factors.

It will play a prominent role as a ‘threat multiplier’ – in situations where multiple stressors already exist, climate change may breach critical thresholds that lead to outbreaks of conflict.

This is particularly true in situations where climate change impacts actual or perceived resource scarcity, patterns of human migration or unfolds within contexts of existing state fragility.

In some cases, such as vulnerable small island nations, climate change threatens the integrity and sovereignty of the state itself.

In 2009, an alliance of Pacific island states successfully tabled resolution 63/81. It urged the UN and its bodies to intensify efforts to address the security challenges of climate change and asked the Secretary-General to submit a comprehensive report at the next session. This was an historic moment, as it was the first resolution that the Pacific coalition had drafted and the first time Member states agreed, by consensus, on the link between climate change and security.

Climate change is today one of the main drivers of forced displacement, both directly through impact on environment - not allowing people to live any more in the areas where they were traditionally living - and as a trigger to extreme poverty and conflict. 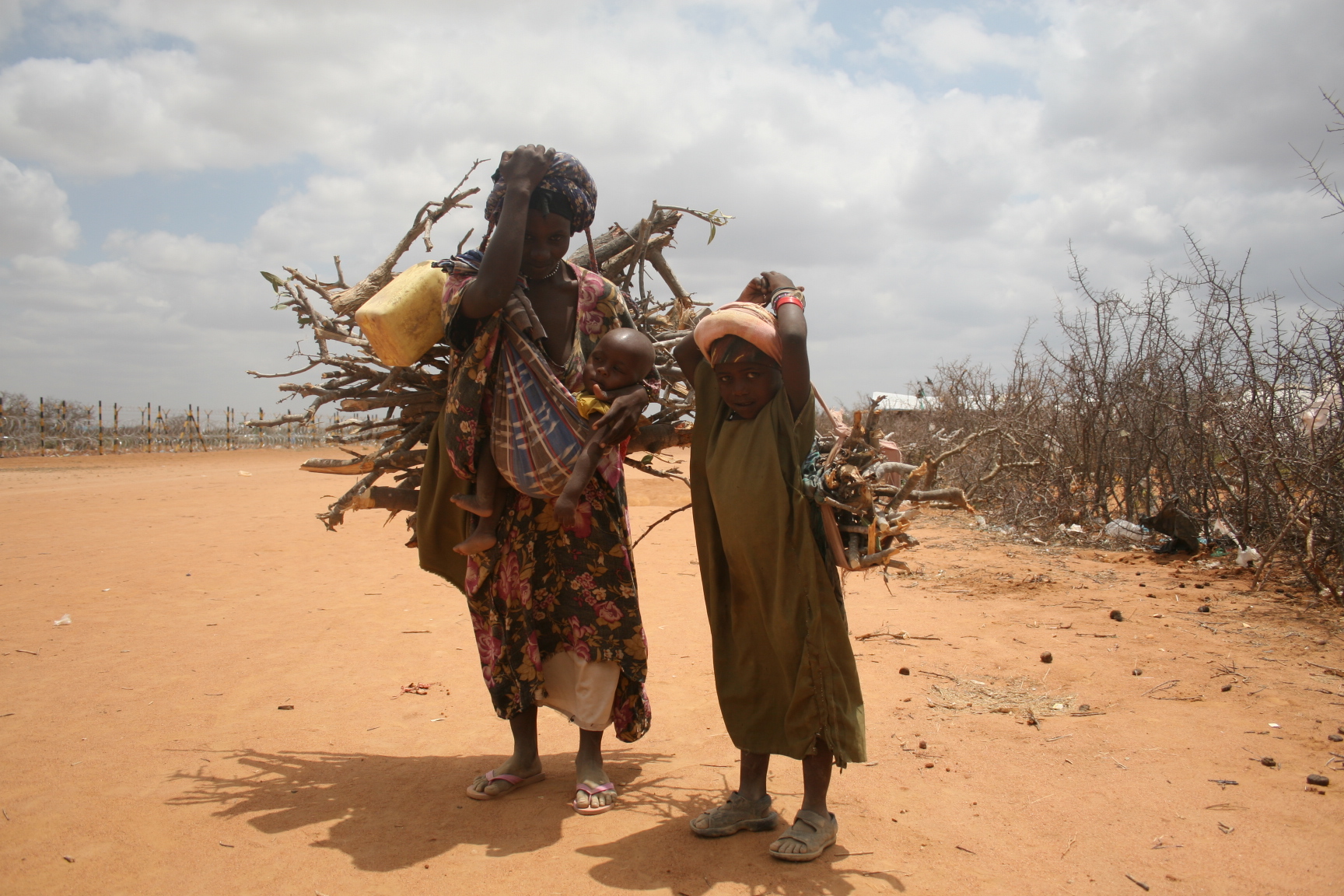 One of the most pronounced links between climate change and conflict is access to natural resources.

Many less-developed countries are acutely dependent on ecosystem services and already experience tensions related to the uneven distribution of resources and services both within and across countries.

Climate change may exacerbate resource-related insecurities and generate conflict by increasing the likelihood that actors resort to coercion or violence.

Unequal access to resources fuels tension within societies, particularly where there is a history of specific groups being marginalised.

At least
40%
of all intrastate conflicts

in the past 60 years have a link to natural resources

Freshwater availability is a significant contributing factor to stability. The relative scarcity of water between areas is an existing fault line driving economic and political tensions amongst some states.

Failure to cooperate over water resources which straddle international boundaries is likely to exacerbate pre-existing pressures in geopolitical hotspots, with repercussions for regional stability and foreign policy objectives.

A water-scarce future, driven by overexploitation and exacerbated by rainfall variability, may witness the increasingly strategic use of water as leverage – or even as a weapon – in situations of conflict.

There has been a 28% increase in water conflicts in the first decade of the 21st Century, compared to the previous 25 years. 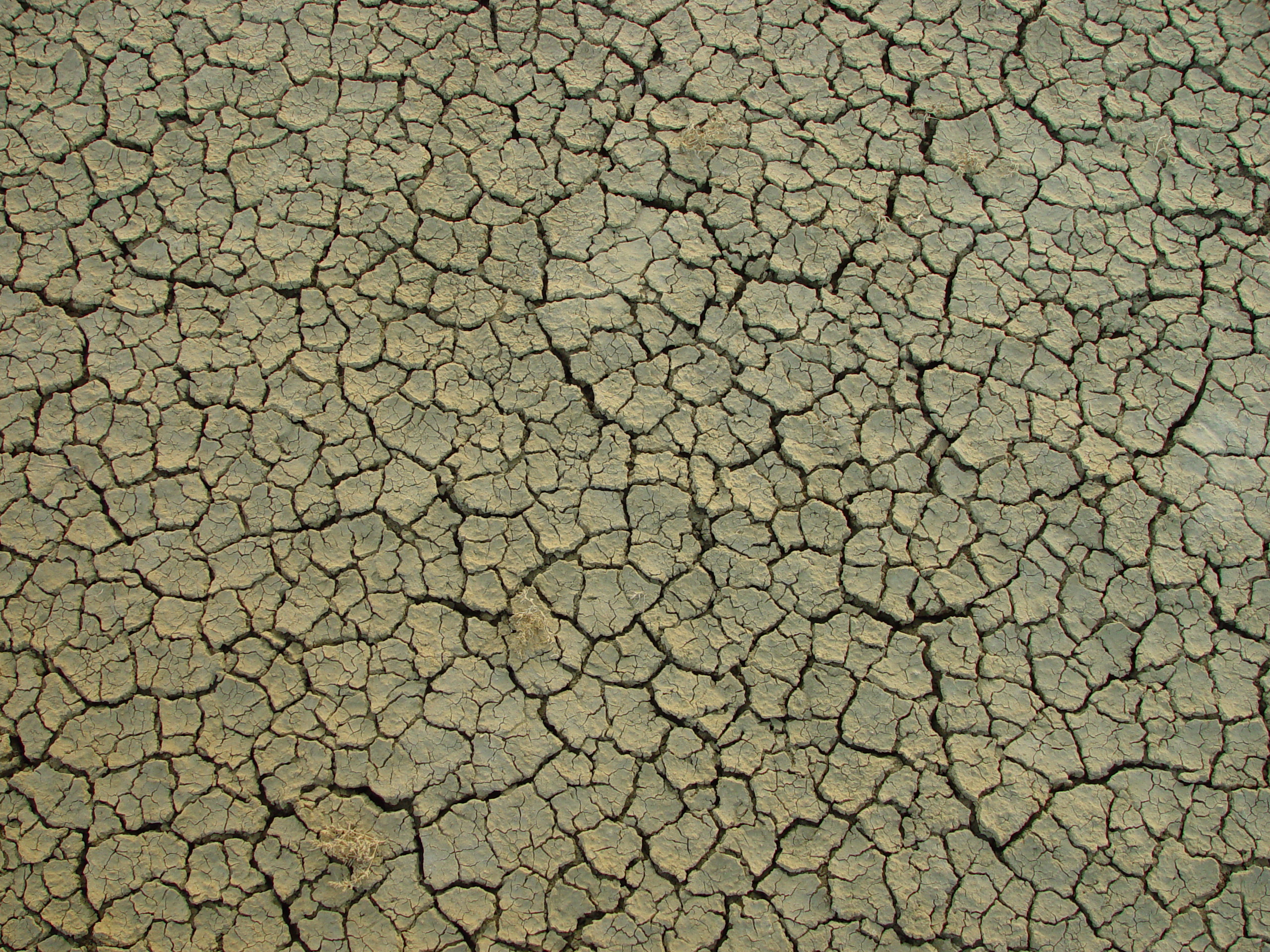 This report finds that, with millions of people displaced each year by rapid-onset climate-related hazards and an unknown number seeing slow-onset environmental degradation, a changing climate presents pressing operational and geopolitical challenges to a number of states.

Failure to adequately respond to these challenges generates types of population mobility which have severe implications for social wellbeing, human rights and even state stability.

This report demonstrates that fragile and post-conflict states are particularly susceptible to the impacts of climate change.

Pre-existing constellations of vulnerability in these contexts may lead to ‘tipping points’ where the influence of climate change on other drivers of instability spills over into crisis and conflict. 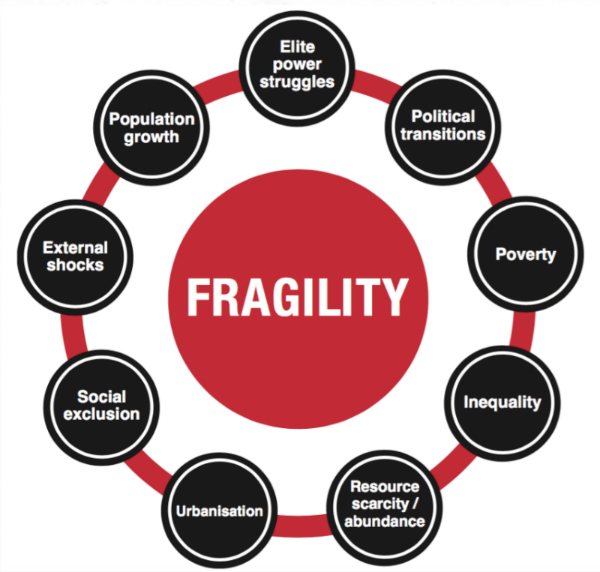 The destabilising effect of climate change on fragile states could also aggravate or generate instability on an international scale by transmitting risk across borders.

US military experts, for instance, consistently raise concerns that a failure to address the impacts of climate change in some regions might generate ‘ungoverned spaces’ – where the capacity of states to maintain security is fundamentally compromised – and provide fertile breeding grounds for armed non-state actors.

see climate change as a threat to national security. 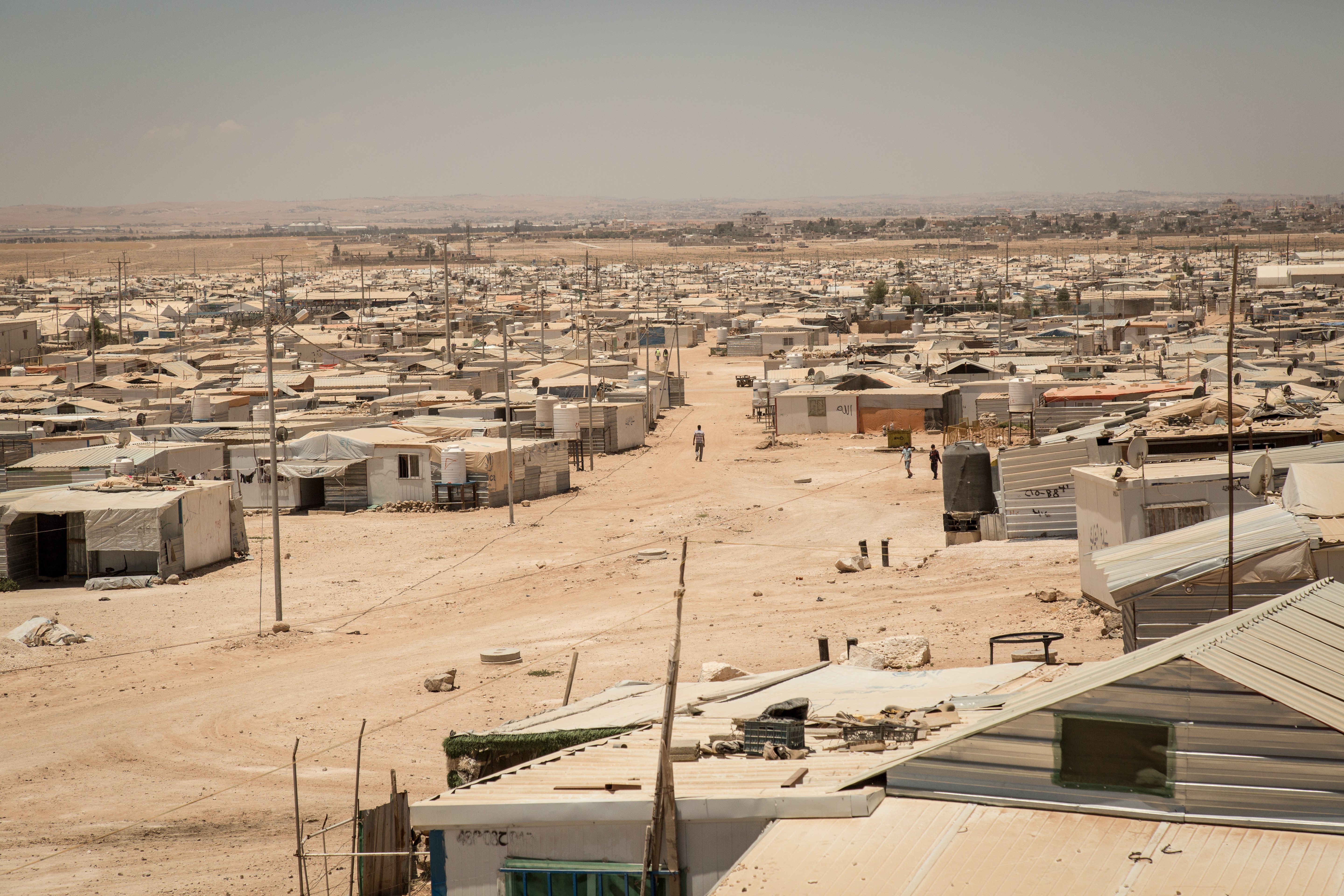 EJF acknowledges the commitments made by the global community to mitigation and adaptation under the Copenhagen Accord.

Nevertheless, further and urgent action is needed to ensure the prevention of conflicts related to climate change.

EJF recalls the findings of the Stern Review, which highlighted that investment in climate mitigation equivalent to 2% of global GDP is preferable to the huge future costs to economic productivity anticipated as a result of climate change.

Similarly, EJF emphasises that investment in mitigation now is also investment in a safer and more secure future for vulnerable people across the world.

Climate change adaptation and mitigation strategies are essential parts of ensuring the safety and wellbeing of vulnerable populations. In the broadest sense, a stable global climate provides a safe operating space for humanity. The notion of 'climate security' is what provides the linkages between climate change as a physical and environmental process, and climate change as a human rights issue.

The international community must recognise that climate change is a human rights issue as much as an environmental issue.

The linkage between climate change and conflict is one of the clearest examples of this fundamental interrelationship between the environment and human rights.

EJF urges the United Nations Human Rights Council (UNHRC) to take positive action to safeguard rights under threat in the world’s most vulnerable countries by instating a Special Rapporteur on Human Rights and Climate Change.

Donate to EJF
Read the report