Climate change is happening now. It is destroying livelihoods, infrastructure and communities, forcing people from their homes, towns and even countries around the world.

The planet’s poorest and most vulnerable are suffering the worst effects, despite having contributed the least to its cause. However, even developed countries have not and will not escape its devastating impacts. 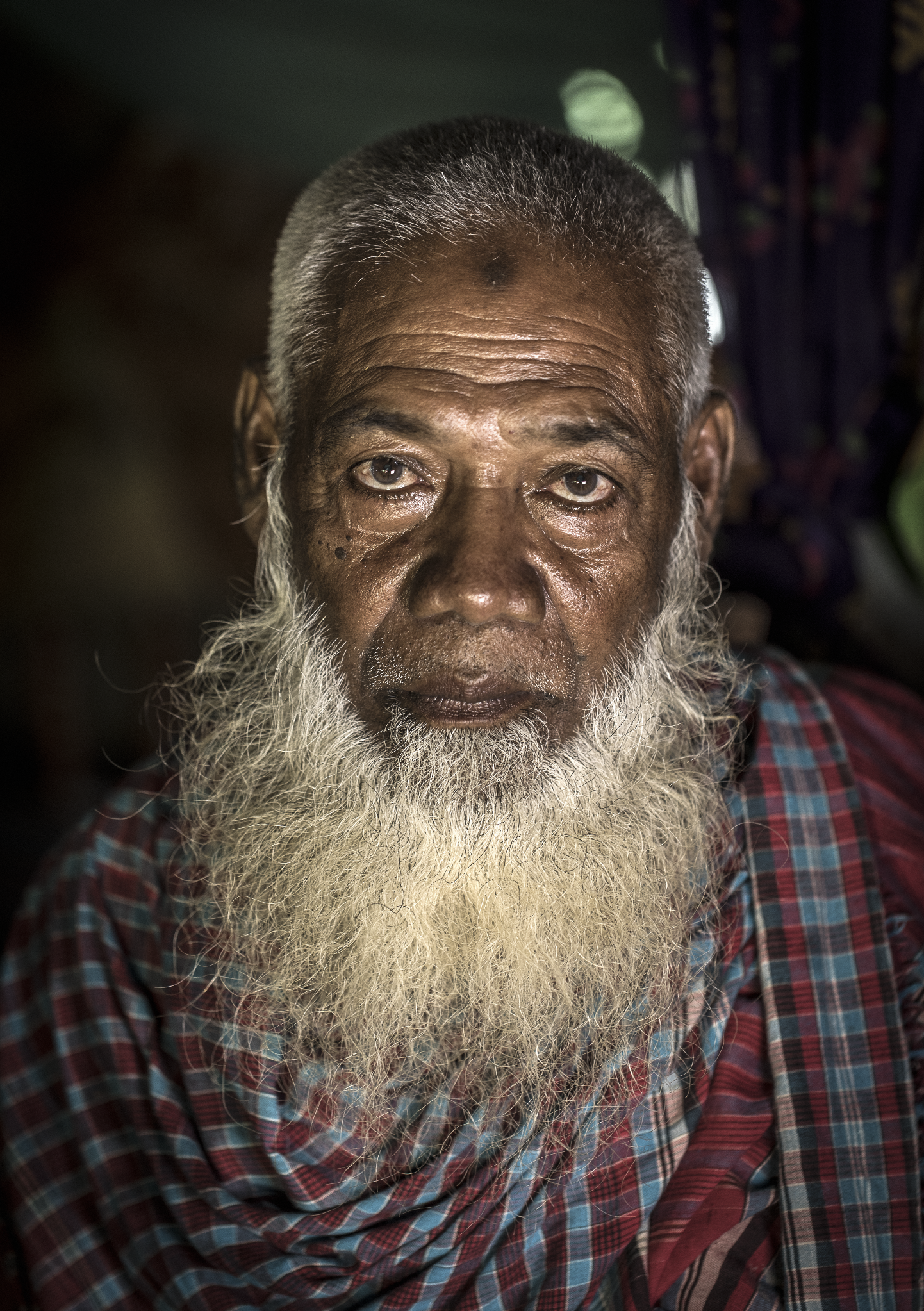 “The rice season is not at the right time, none of the rains are. And when it does rain, it is far heavier. Everyone is affected”. Abdul survived cyclone Aila in 2009, a tropical storm that killed over 300 people and left a million homeless, including Abdul. “The future will bring more devastating storms” he warns. “We want to stay here, but it will be difficult. The whole world is responsible. People are using machines everywhere and the world is warming.”

Tell EU leaders to stand up for climate refugees 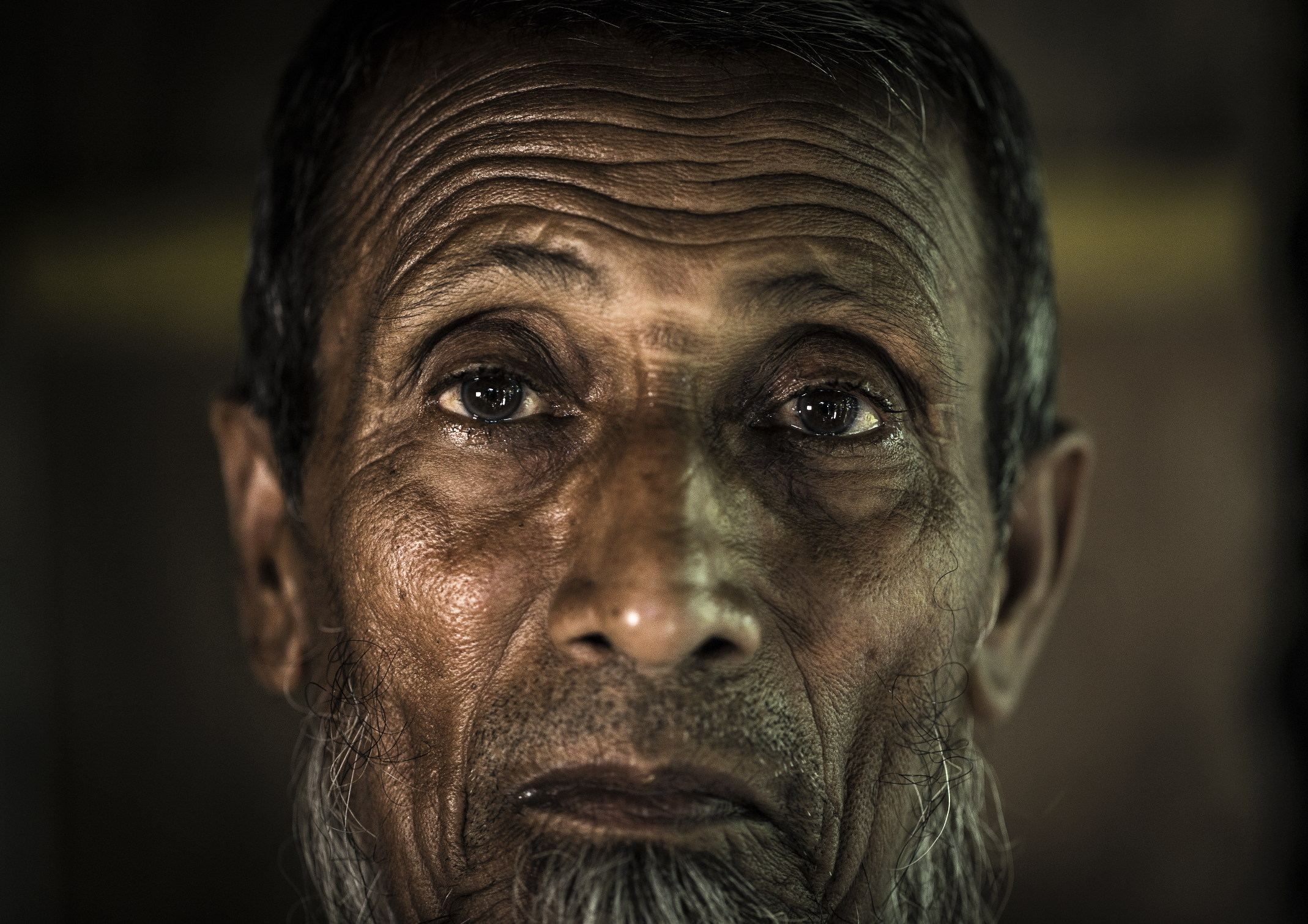 Afaz Uddin was collecting honey in the jungle when cyclone Aila hit Bangladesh. He came back to find his village almost entirely underwater. “We do not want to move from my birthplace for this.”

By 2050, one in every seven people in Bangladesh will be displaced by climate change, recent estimates suggest, and up to 18 million people may have to move because of sea level rise alone. 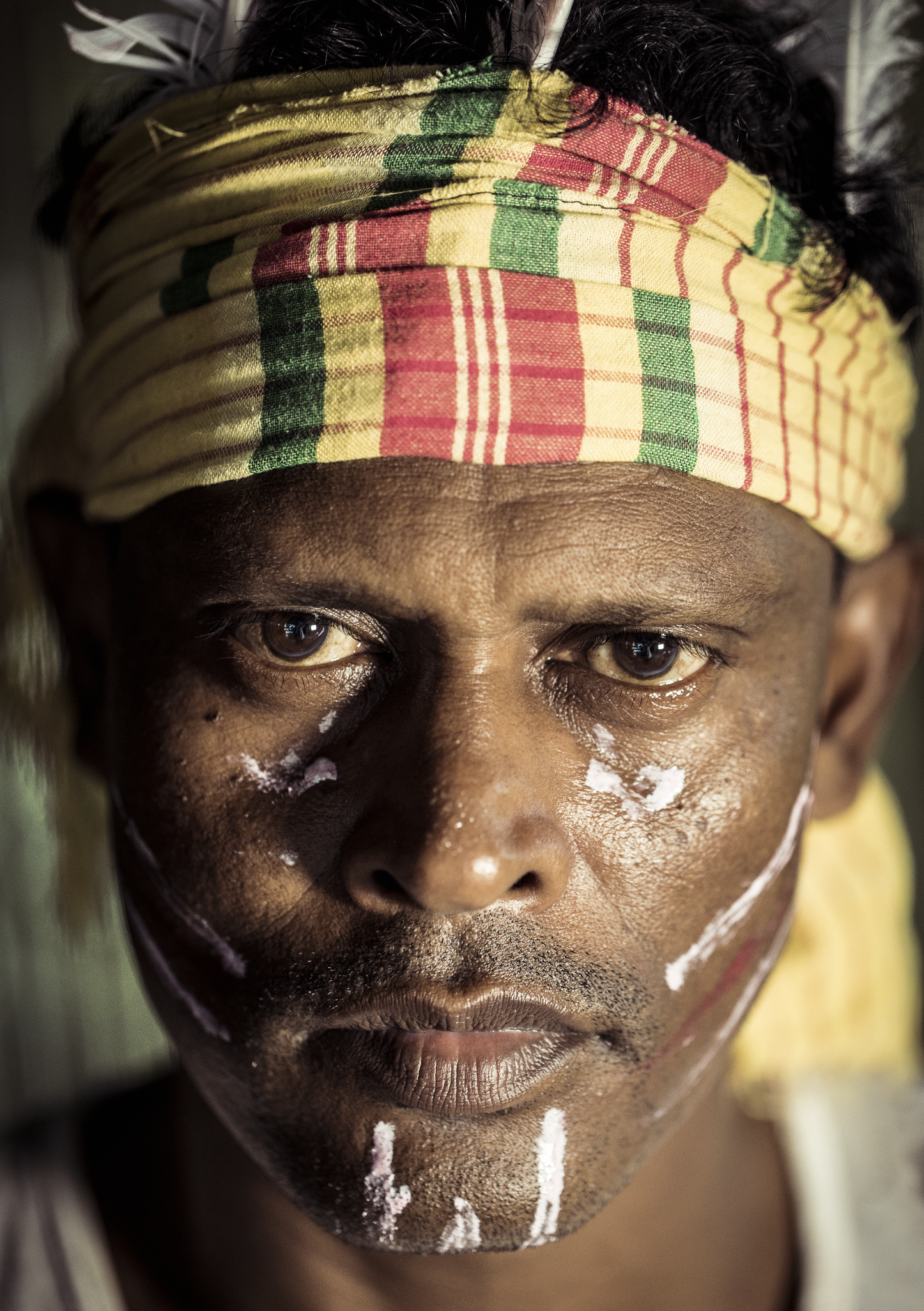 Gopal Munda is from Kara Mura in the south of Bangladesh

“Once this village was green with paddy fields. But now the water is salty and the trees have died. We can only farm shrimp. I am devastated when I think that I will have to move. This land was made by my father and grandfather. We are people, poor people living here in the countryside. If other nations reduce their use of machines, maybe we will be able to survive.”

Bangladesh may lose around 11% of its land by 2050 to sea level rise, affecting an estimated 15 million people. This not only forces people from their homes through flooding, it contaminates drinking water, causes health problems, and damages crops. 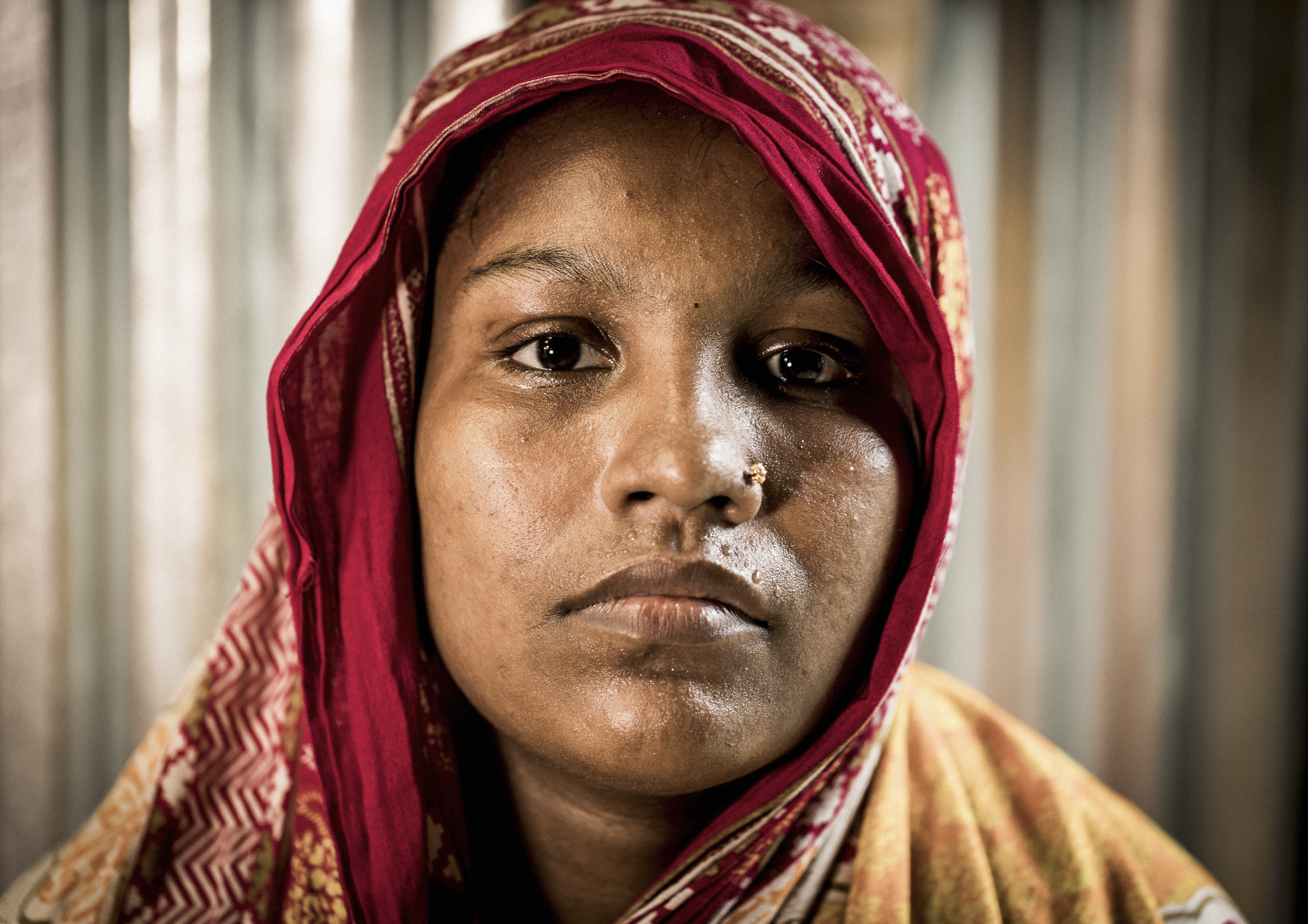 Shoripa Bibi is now living in a slum in Mirpur in Dhaka, Bangladesh.

“We had a house. We had cows, goats, chicken and duck. […] We had crops, not much, but enough to live on. I’ve lost my land. The river took everything from me. I have nowhere to go. […] I want to say that, if they [richer countries causing global warming] want to keep their country nice, they should also help us to keep our country nice. But they keep their country beautiful and make our environment disastrous.”

Approximately 10,000 hectares of land is lost in Bangladesh every year to riverbank erosion, which is the primary cause of climate displacement inland. Up to 50% of people now living in Bangladesh’s urban slums may be there because they were forced to flee their rural homes as a result of riverbank erosion. 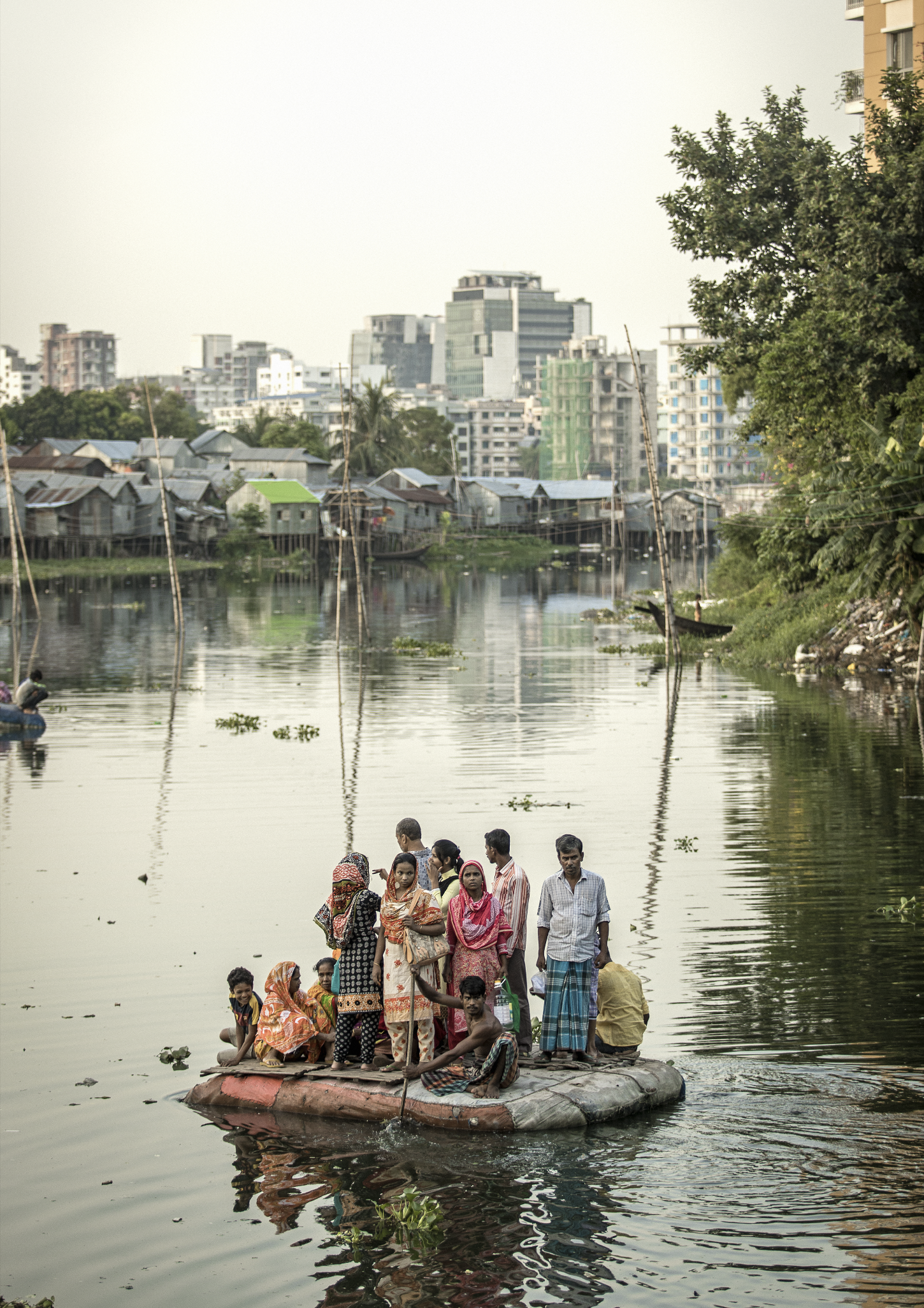 Residents cross the waters between their homes and the city. Dhaka is one of the most densely populated cities in the world – it grew by well over half a million people last year. A large proportion of the continuing influx are climate refugees, who pack into the city’s already severely overcrowded slums. 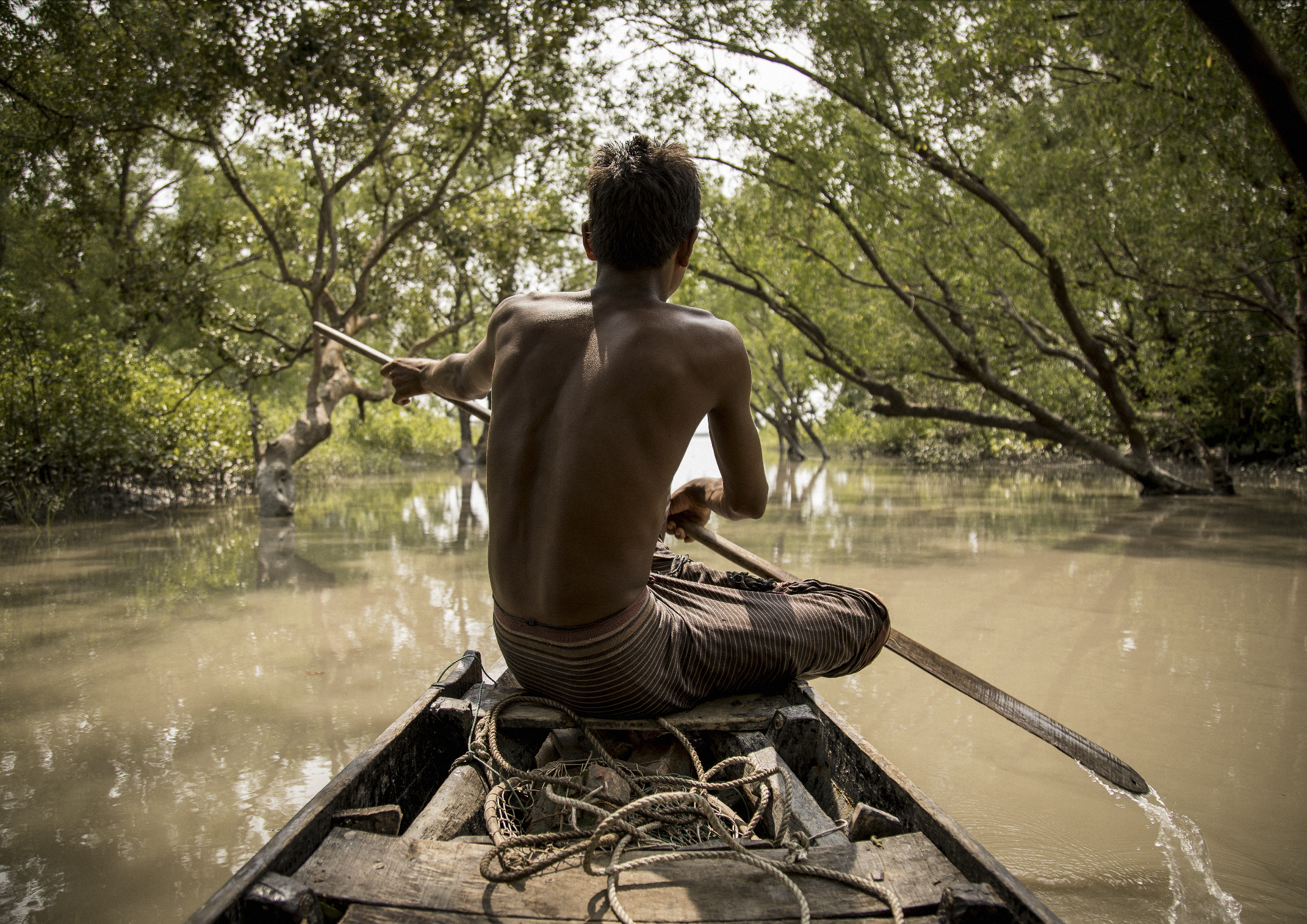 A fisherman in the Sundarbans

The Sunderbans is the vast mangrove forest that protects low-lying southern Bangladesh from the worst of the regions’ cyclones. Bangladesh is suffering from increasing frequency and severity of tropical storms under climate change. In 2016 for instance there were four cyclones – Roanu, Kyant, Nada and Vardah – in the Bay of Bengal, whereas usually there is only one. With two-thirds of the country is less than five metres above sea level, Bangladesh is exceptionally vulnerable to climate change. A high population density, inadequate infrastructure and farming economy all add to the risk. 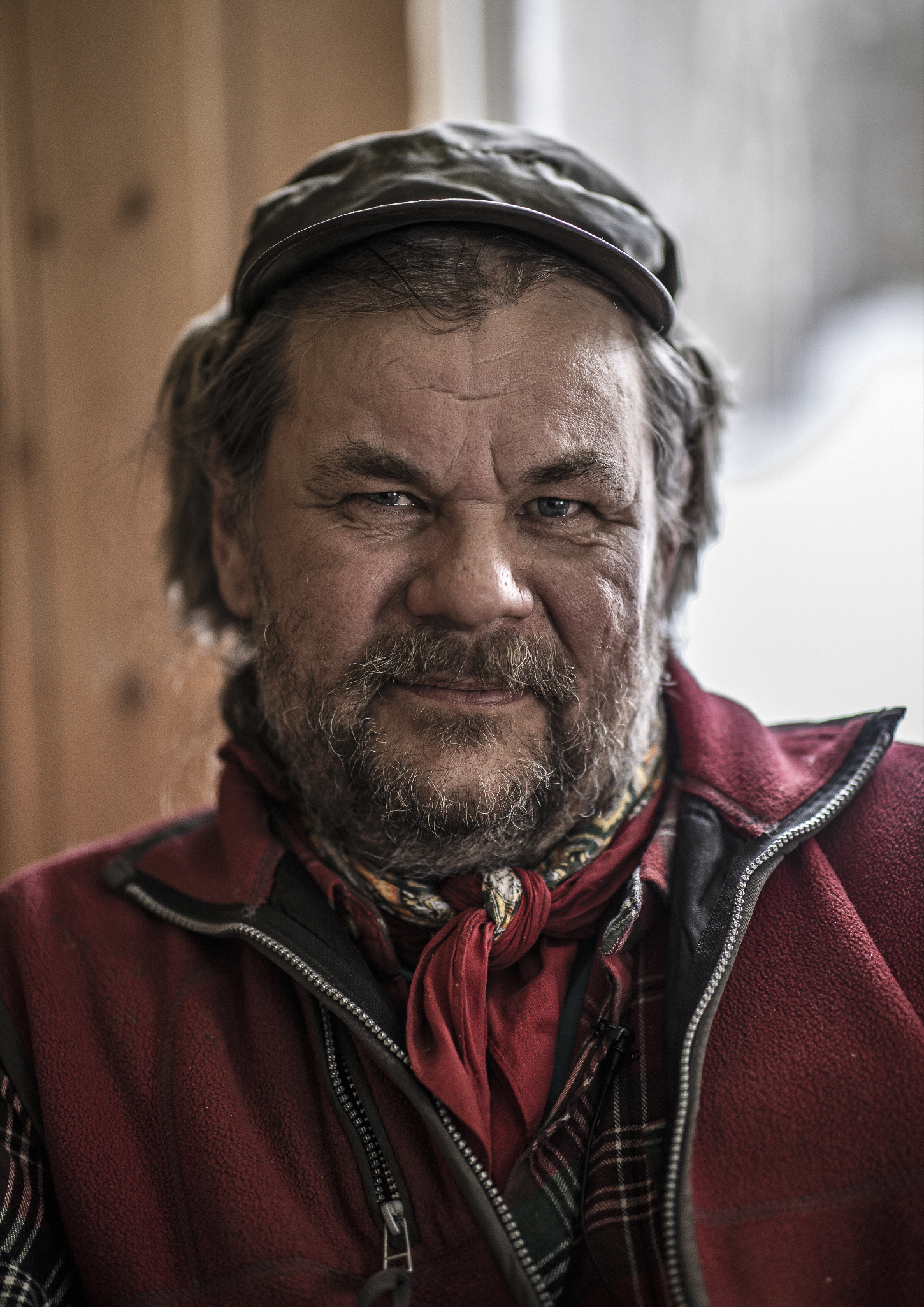 “People around the world in the big cities will not understand before it gets close to you down there. We see it up here now. There is something happening. We are destroying this planet with this way of living.”

Lars-Ánte Kuhmunen has lost much of his herd this year, as unpredictable weather has made grazing conditions very challenging for the reindeer. He pulled a frozen reindeer calf from the snow, telling us: “This one was starving to death. That’s the climate change.” Unusual levels of rainfall can create a thick layer of ice on top of the snow, meaning reindeer cannot dig through it. Unable to reach the lichen below, they starve. 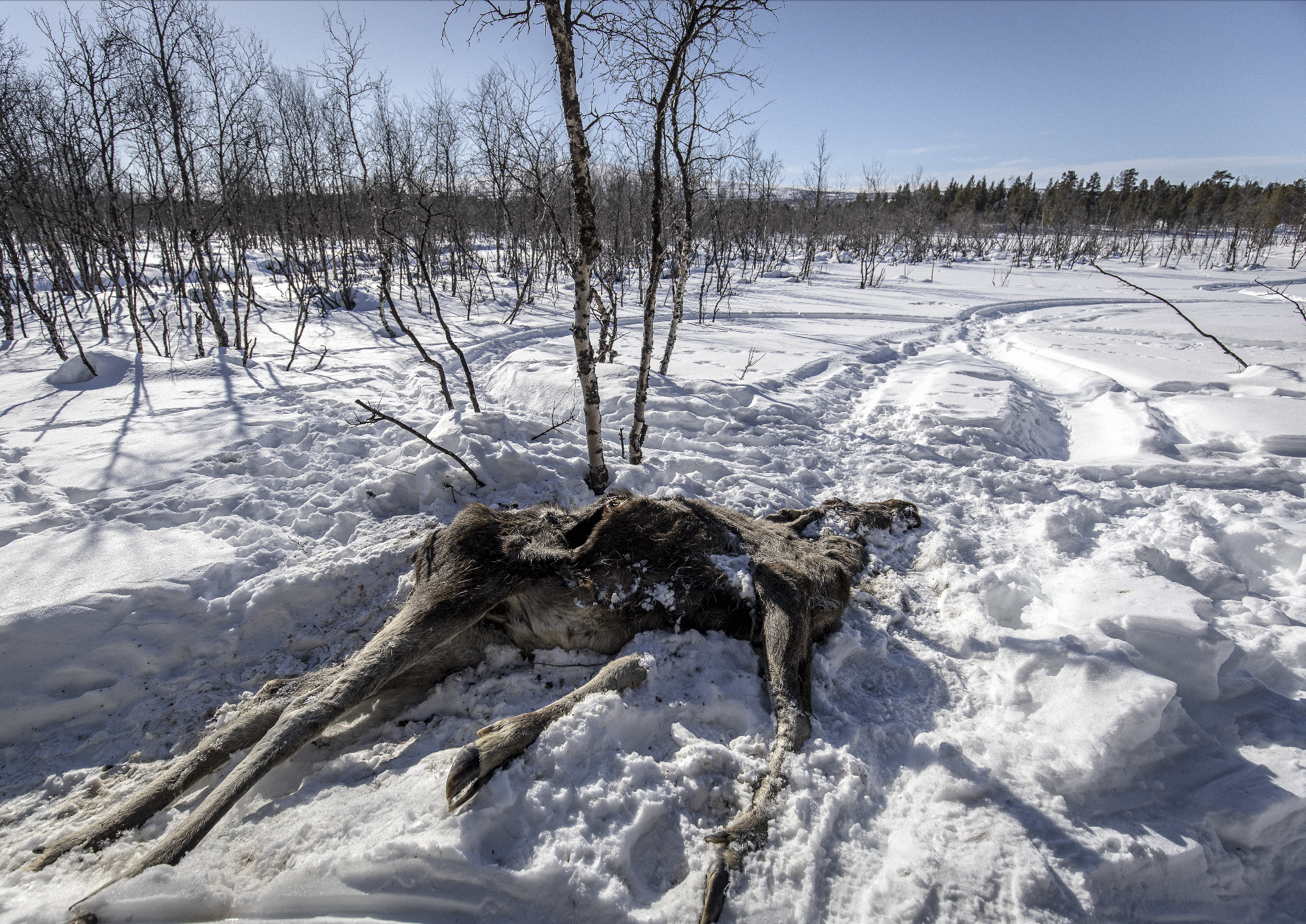 Wild animals are also at risk from extreme weather in the Arctic. People have been feeding moose as they have also been starving as a result of recent harsh winters.

“I think indigenous peoples are always the first to know about climate change and to notice it, because we are so close to the nature.”

Climate change is having a disproportionate effect on the Sami. During the last decade, temperatures in the Arctic have risen almost twice as much as the global average. As temperatures become more erratic, it is harder for reindeer herders to plan winter grazing, and to adapt to the changing climate conditions.

Globally, Syria is among the countries most vulnerable to water scarcity and most economically affected by drought. In the years leading up to the war, around 60% of the country suffered severe and prolonged droughts, resulting in the heaviest crop failure for many years.

Za’atari refugee camp is one of the largest in the world. In Syria, some 1.3-1.5 million people were on the move from drought-stricken regions before a single gunshot was fired. While climate change is not the only cause of conflict in Syria, it is increasingly viewed as a ‘threat multiplier’.

Climate change is happening now. It is destroying livelihoods, infrastructure and communities, forcing people from their homes, towns and even countries around the world.

The planet’s poorest and most vulnerable are suffering the worst effects, despite having contributed the least to its cause. However, even developed countries have not and will not escape its devastating impacts.

Since 2008, weather-related hazards have displaced an average of 21.7 million people each year: the equivalent of 41 people every single minute. This does not include those forced to flee their homes as a consequence of slow-onset environmental degradation, such as droughts or sea level rise.

Climate change is both an environmental and a human rights issue. It is a primary threat to our natural environment, world peace, security, development and human rights in the 21st century.

EJF is dedicated to building international awareness of climate refugees and to securing their protection. We believe in climate justice in our warming world. Our vision is for zero emissions and fair treatment and support for those affected by climate change.

A new legal agreement is needed to guarantee the rights of climate refugees and their fair claim to our shared world. Ending our carbon addiction is also an absolute priority. We must immediately reduce greenhouse gas emissions and meet our international commitments under the Paris Agreement to ensure that temperature rise is kept below 1.5°C.

The EU now has the opportunity to show real leadership, by investing heavily in climate mitigation and creating an international, binding agreement on legal recognition and protection for climate refugees.

Urgent action is needed for people and planet. 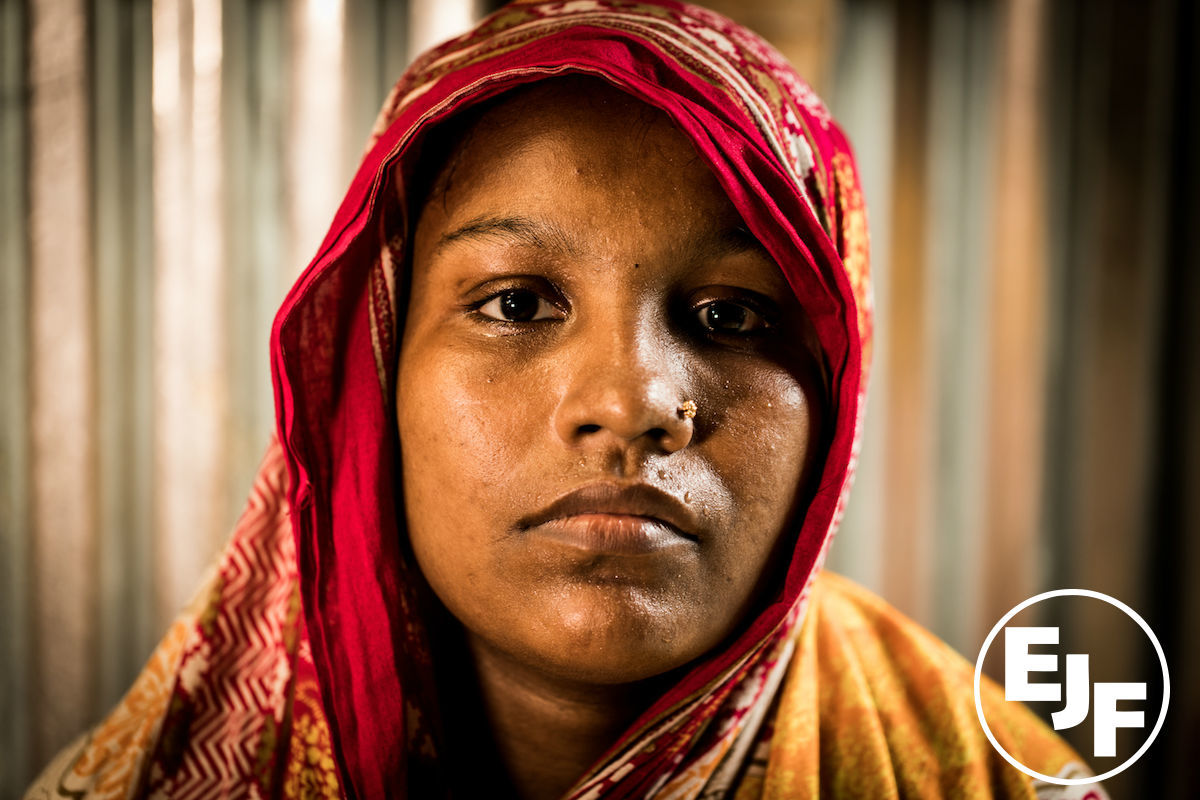