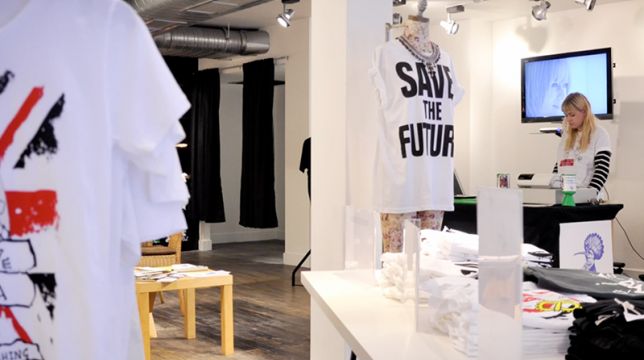 You'll find lots of lovely T-shirts in support of our campaigns for human rights and environmental consciousness. All our T-shirts are made of organic, fairly traded cotton in low-carbon, wind-powered factories that respect the environment and workers' rights.

If you can't make it to Carnaby Street, take a look at our online shop and get inspired: www.just-for.co.uk 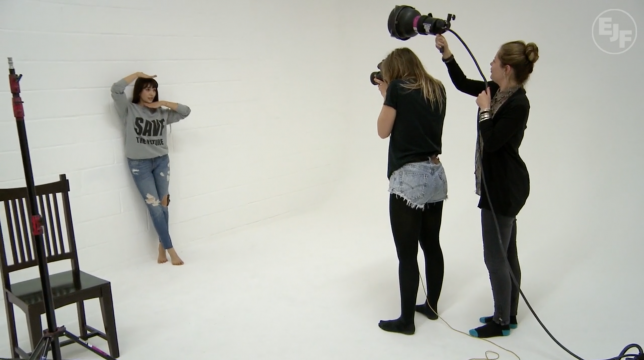 In celebration of our growing JUST FOR collection, which now includes over 26 designs, we're giving you the opportunity to see 'behind the scenes' at our star studded photo shoots with this short film featuring David Gandy, Lily Cole, Diana Vickers and many others as they show their support by being photographed in our designer t-shirts and sweatshirts. 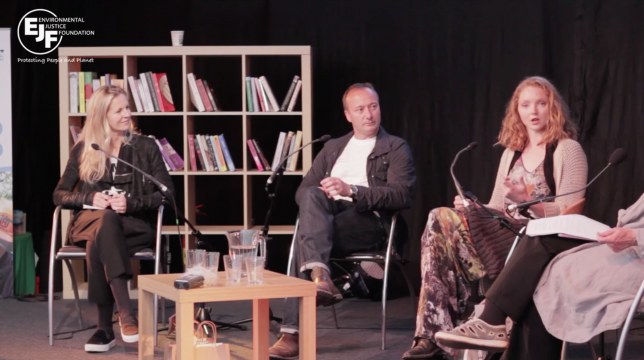 Hay Festival 2013 - Lily Cole, Alannah Weston and Steve Trent discuss the decline of global shark populations and their use in the beauty trade and beyond. 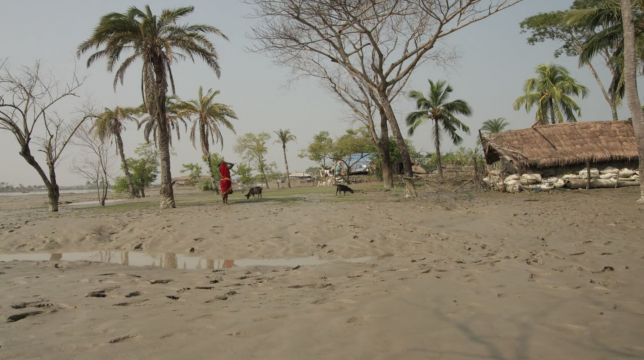 Jaliakhali was badly affected by Cyclone Aila in 2009, and this footage (shot approximately 18 months after the cyclone hit) shows how the area had still not recovered from this extreme weather event. While the tidal patterns themselves are unchanged, with the embankment damaged by Aila, the village now floods with every high tide, illustrating the vulnerability that coastal and riverine communities are forced to live with. Most of the homes, temples, and schools have been destroyed. The local bazaar disappeared, too. Constant flooding has made the soil infertile. Most of the villagers now live in makeshift shelters on what little areas of raised ground remain, and unemployment and lack of food are becoming major problems for residents.

The residents of this village who have been forced to migrate join millions of others around the world, displaced from their homes and land by declining environmental conditions. There are now more people displaced by climate-related natural hazards each year than there are refugees fleeing persecution or conflict. The numbers will increase as the negative impacts of climate change become increasingly apparent with extreme weather events including hurricanes and cyclones becoming more dangerous, flooding and drought becoming more frequent and longer-lasting, and sea levels rising. 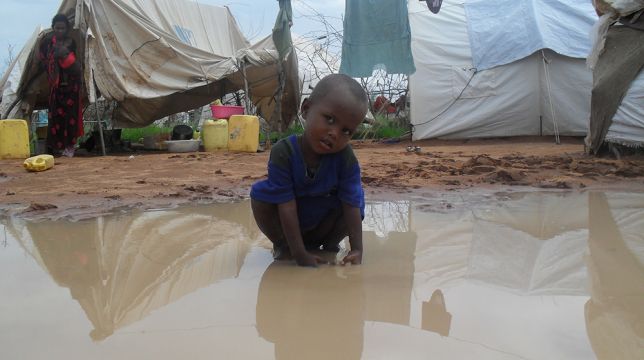 In many of the world's poorest countries, its impacts already undermine people’s right to life, health, food, water, housing and self-determination. Where the impacts are felt most acutely, the only way to survive is to move. Today, these climate refugees outnumber refugees fleeing persecution and violence by three to one.

EJF works to raise awareness of this humanitarian crisis and ensure the well-being and welfare of those affected. We campaign for a new, legally-binding instrument for their legal recognition, protection and assistance. 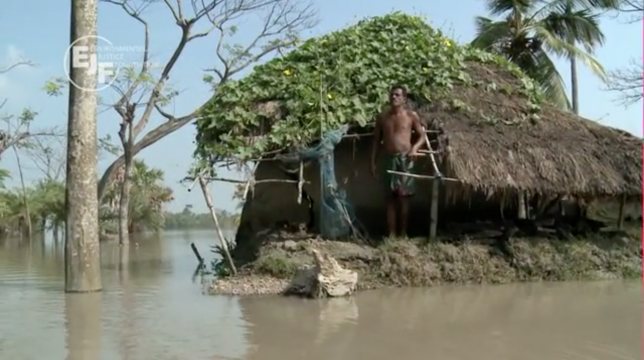 In Bangladesh, more than 80% of the population survive on less than $2 a day. The "multiplier effect" of climate change stands to push people deeper into poverty, undermining progress on development and even threatening regional stability.

In this short film, EJF explains how climate change is having a profound human impact on one of the world's poorest countries. 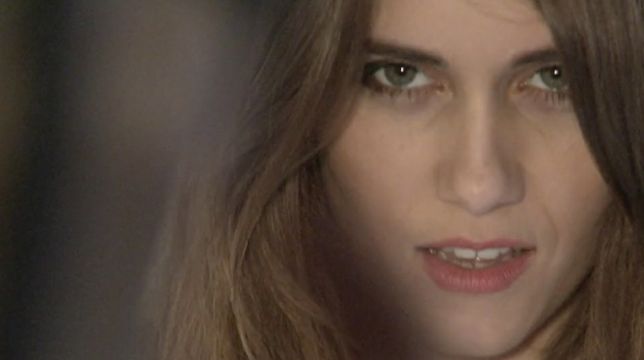 To celebrate the launch of the iconic "Save the Future" t-shirt at H&M, British fashion designer Katharine Hamnett talks about the campaign. Behind-the-scenes footage included. 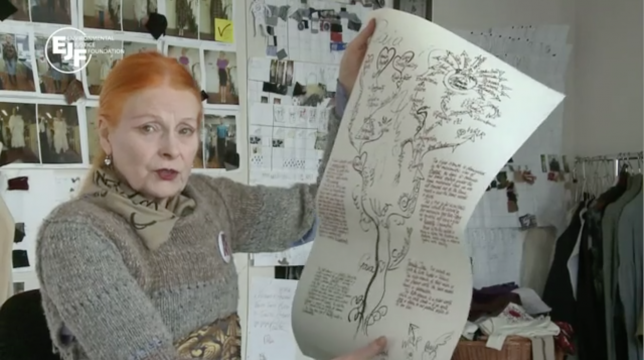 Vivienne Westwood on her "War and Peace" T-shirt

Vivienne Westwood on her "War and Peace" T-shirt

With thanks to Marc Monserat and Nicolas Jaar.