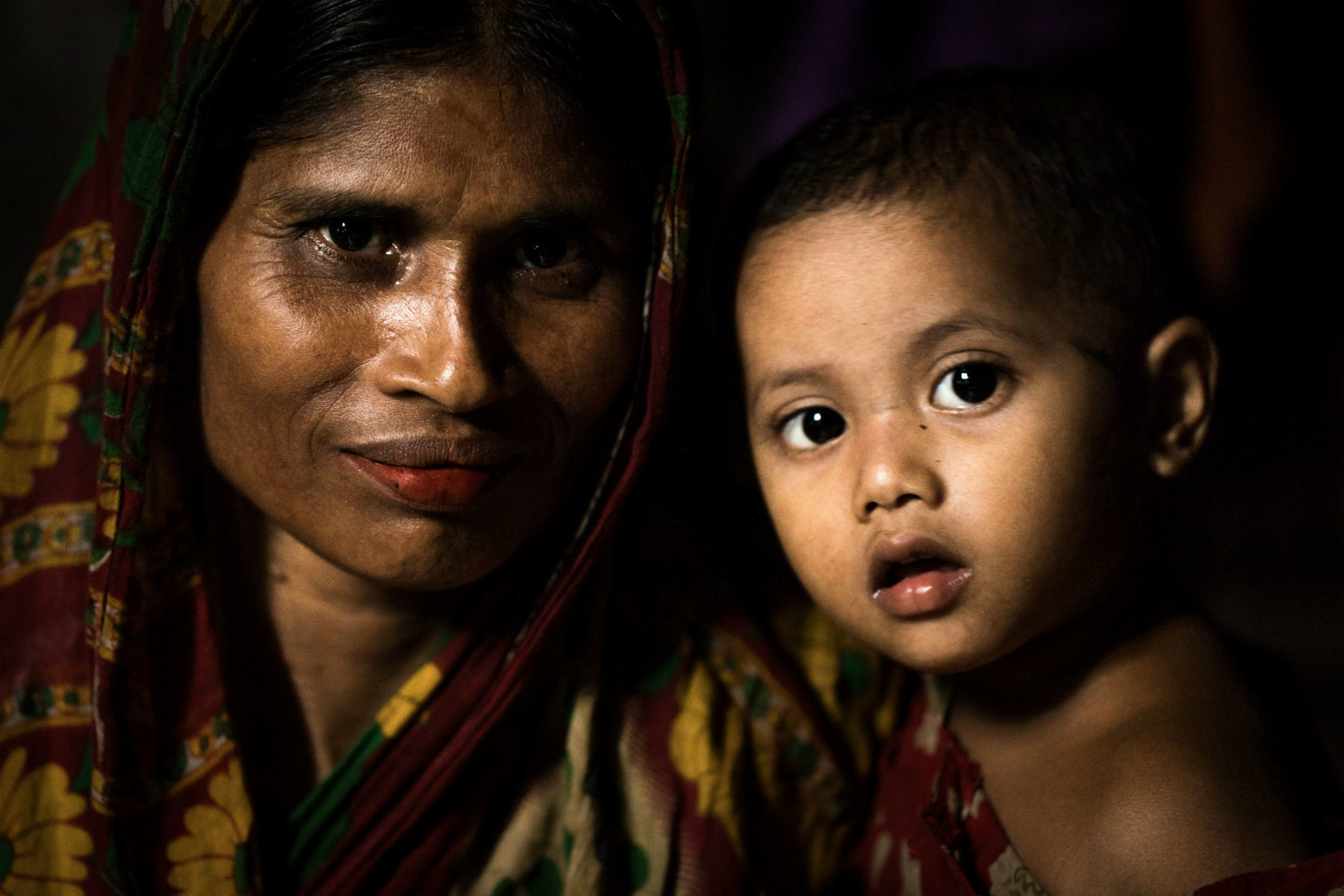 Beyond Borders: For climate refugees, tomorrow will be too late

I see a clear and present danger. Our climate is changing and it will harm us all.

From the imagery of climate change, you might be mistaken for thinking it is all about polar bears. It is so much more: it is about all life on our planet and a threat to humanity as great or greater than geopolitical conflict or terrorism.

Climate change has the potential to not only undo post-war advances promoting basic human rights and development: it is increasingly viewed as a threat to peace within and between vulnerable nations and regions.

As I write this, levels of carbon dioxide in our global atmosphere have just exceeded 410 parts per million (ppm) for the first time in human history. They haven’t reached this level for millions of years. Scientists predicted that this would happen, and it has. The consequences are reflected in recent temperatures across our planet: June 2017 was the 390th consecutive month with temperatures above the 20th century average; and March 2017 experienced the second highest (March) temperature since global records began in 1880.

What this means for our global community is profound: climate change will exacerbate extreme poverty, food insecurity and inequitable access to natural resources including freshwater. It is compounding existing economic, social, political, and ecological stresses and building vulnerability amongst some of the poorest communities on our planet. Advances in combatting food and water insecurity, poverty, inequality and toward promoting environmental sustainability, healthcare, education and peace all stand to be undermined as our world heats up, extreme weather events proliferate and magnify, sea levels rise and our oceans acidify; as humanity finds itself inundated by too much water and damned by too little.

Rising temperatures and changing rainfall patterns will intensify competition for resources, food and water. Rising sea levels and extreme weather events will displace ever greater numbers of people. Sea levels are set to further rise by 28-98 cm by 2100, something that will have devastating effects.

In Bangladesh, tens of millions of people live at sea level and will be forced to move as their land is inundated with salt water. In Indonesia, around 300 million people live in close proximity to the coast and are vulnerable to sea level rise. Some island nations such as Tuvalu, the Maldives and Vanuatu are set to disappear altogether. Entire nations forced to flee.

Across the world this will be repeated in low-lying areas. While the poorest and most vulnerable will be among the worst impacted, in the world’s wealthiest nations, communities will also be driven from their homes. In the USA, those in New Orleans, in parts of Florida, and in areas of the East Coast will all be hit as sea levels rise. In February 2017, former US National Security Advisor Richard Clarke said that climate change is the greatest single risk to California and to the entire United States.

The strength and frequency of hurricanes and storms will increase dramatically. This has already been seen with hurricanes Harvey and Irma, which hit the United States and a number of Caribbean islands with devastating impacts in August and September 2017. This gives us an unwanted glimpse into the future. This is not at some distant time in an unimaginable future, it will occur within the lifetime of our children.

As infrastructure and even the foundations for livelihoods diminish, the risk of conflict will surge, threatening far wider instability and embroiling nations in conflict, driving internal strife among their own and externally, as communities are forced to seek new resources to feed and nourish themselves.

Our report, Beyond Borders, looks at the impact of climate change on food production and security, and the ways in which people are driven from their homes and lands by slow-onset weather events.

Since 2008, weather-related hazards – which are magnifying and multiplying as a result of climate change – displaced an average of 21.7 million people each year, equivalent to 59,600 people every day or 41 people every minute. Millions more were forced to leave their homes due to prolonged droughts and their devastating impacts.

95% of this human displacement has occurred in developing countries. Around 99% of all deaths from weather-related disasters have also occurred in these countries. The scale of these impacts all too often remains hidden and ignored. Consider what happened when on 2 May 2008 Cyclone Nargis struck Myanmar: at least 138,000 people lost their lives. Just one township, Labutta, reported around 80,000 dead. Imagine for a moment the reaction and horror in London, Washington, Berlin or Paris had this been a European or American catastrophe. And now we must consider that the world’s least developed countries have produced only a fraction of the global greenhouse gas emissions – those who are least to blame are those who will be affected worst. As the devastating impacts of climate change take hold, this will be the reality for millions more of our global poor, depriving them of their home, livelihood and community, and the identity that goes with them.

The developed world and the developing

However, they will not be alone. Climate change will also force migration in the world’s developed nations, along with economic and social disruption, political discontent and increasing conflict. Remember the impact of just one extreme weather event – Hurricane Katrina – as it hit the world’s wealthiest, most powerful nation, the United States: 800,000 people were made homeless; over 1,830 fatalities were recorded and federal disaster declarations covered 90,000 square miles (an area almost as large as the UK). What followed Katrina was perhaps the largest forced migration of people in American history. Texas took in 300,000 refugees; Houston 35,000, Chicago over 6,000. And initial cost estimates put damages at over US$81 billion.

This will be a problem affecting all communities, all countries and one that we are best able to solve working together, towards common goals and for collective benefit.

A climate of conflict

Mass displacement caused by climate change can bring disparate communities with different ethnicities, religious or other cultural beliefs and identities into contact, further driving the potential for conflict. Violence may follow, itself becoming a driver of migration. In Syria, some 1.3-1.5 million people were on the move from drought-stricken regions before a single gunshot was fired. Our report looks at the prolonged drought that gave the context for the outbreak of Syria’s bloody conflict that has now entered its seventh year. Whilst no-one would assert that climate change was the sole cause of conflict in Syria or elsewhere, it is increasingly viewed as a ‘threat multiplier’, increasing the likelihood of violent conflict arising from pre-existing and complex interactions between political, economic, religious and ethnic forces.

The challenge facing us is complex, and in a rapidly changing world, climate change and its potential to trigger both violent conflict and mass migration need to be considered as urgent priorities for policymakers and business leaders. Security analysts and military experts are already warning of increased conflicts if we continue on our current trajectory. This is not to militarize climate change, but to illustrate the gravity of the existential threat facing us all.

We need to protect vulnerable communities and climate refugees through new legal agreements and financial support. Alongside this, we must address the greenhouse gas emissions that are creating climate change so that, in line with the Paris Agreement, we are able to hold global temperature rise well below 2°C to pre-industrial levels, while building the ambition to keep it below 1.5°C.

This is a huge task, but it is not an impossible one: we must take responsibility for helping vulnerable communities adapt to the new reality and the changes that are taking place and that will deepen in the coming years. But crucially our report’s concluding message is not about lost hope, it is about a renewal of our commitments to reduce greenhouse gas emissions in the future.

Put simply, we must embrace the solutions to climate change - renewable energy and greater efficiencies - in the way our predecessors adapted to the Industrial Revolution and the economic and social developments that went alongside it. Enlightened self- interest can propel renewable energy forward, creating jobs and bringing massive economic benefits as society is weaned of our deadly ‘carbon addiction’. We’re already seeing this progress in the massive growth in clean energy across our planet. We can – and must - build resilience in societies and economies: our global security depends upon the effectiveness of such responses in the coming months and years.

Climate change will not wait and neither can we. There are no fences or walls that can defend individual nations against climate change. Climate change presents one of the most damning existential threats yet seen to our world, but, crucially, it is not too late to take action and neither is it yet impossible for such action to succeed.

It is in this context that we urgently need the development of a new legally binding, multilateral agreement to provide a framework for the necessary response to climate migration. We need this instrument to give definition and status to climate refugees; to define rights and obligations and to coordinate and combine our actions so that they are effective. We cannot hope to deal with the wave of suffering and disruption as single nations; it will not work. We will all be better served, better prepared and better protected if we act together.

Like others before me I am minded to quote the former UK Prime Minister and war-time leader Winston Churchill as the world entered another period of great threat and turmoil and use his words as our call to action today: We must move from talk to action and we must do so today; for climate refugees, tomorrow will be too late. 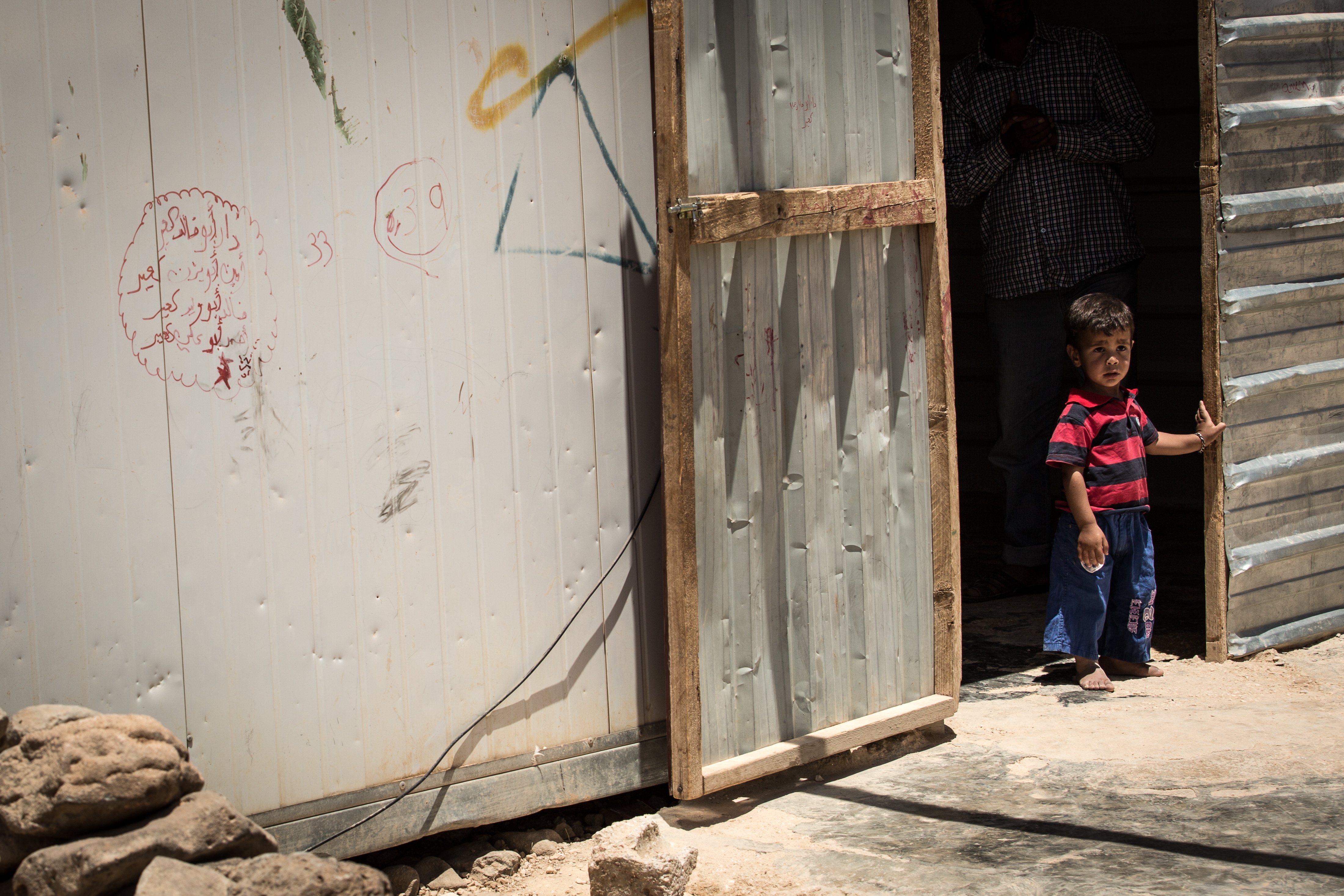