The Amazon fires sparked uproar, but as the ashes settle it must lead to more than that. It must lead to action, by governments, corporations, and individuals. The climate crisis is here.

A sky-blackening 75,000 forest fires were recorded in the Amazon in the first eight months of 2019, a 76% increase on the same period last year, according to the National Institute for Space Research.

What must this catastrophe have looked like from outer space? A signal flare; a war raging; a cry for help.

Let’s be clear about how this happened, and who it hurts. Policy is being weaponized against indigenous communities who have called the fires an “atrocity”. Since assuming power this year, President Bolsonaro has presided over a swift and brutal regime of forest clearances and illegal logging. He has flagrantly abused the legal controls in place for the Amazon’s protection, using inflammatory words to claim populist power. This has provided fuel for the work of loggers, miners and agribusiness profiteers.

In the Amazon, forest fires are almost always caused by human activity. Logging companies penetrate the forest first, exposing the understory to the sun and leaving a trail of giant kindling behind them. Forests are then flattened for cattle ranches and soy bean fields, where a breath-taking abundance of life once thrived.

Hundreds of thousands of indigenous people call the Amazon home; it is their house first and foremost which is ablaze; and their children’s future going up in smoke. We must learn from the indigenous communities’ experiences, and their centuries of local resistance. We must protest globally, in the knowledge that the Amazon is central to a safe climate for the Earth.

Not only is the Amazon rainforest crucial to regulating the world’s climate, it is the home to a vast diversity of wildlife, with new species discovered every year. With an area larger than Greater London deforested in July alone, some 870 square miles, the issue is not merely one of damaging arson but of ecocide. The world’s most biodiverse region is being destroyed on an unimaginable scale: hundreds of thousands of species – all in flames.

Standing with the Amazon’s indigenous communities and its wildlife, we must fight back against the deforestation – caused by chainsaw or fire – with the non-violent channels afforded us. We must expose those companies that still drive deforestation and demand transparency through their supply chains, demanding proof that the products they produce or sell are not implicated in this violent environmental vandalism and abuse of human rights.

Traders and consumers in Europe have a clear role to play in the battle for the rainforest: we can take away the money and with it much of the power of invasive agribusiness. Brazil’s Indigenous People Articulation has a blacklist that shows where not to buy your beef, but since 14.5% of the world’s greenhouse gas emissions come from the livestock sector, giving up beef altogether is an easy and effective thing you can do for the climate and an action each of us should take.

Supporting the Amazon from afar requires collective action. Facing up to corporations and governments can feel overwhelming, but there are pathways of communication: urge your elected representatives to block trade deals with countries destroying their forests, engage in protest and activism and amplify the voices of those in the global south feeling the worst impacts of climate change.

We won’t get many warnings this big. We are still in the 12 year window of reversibility, capable of limiting this climate change catastrophe. For the indigenous people, for the thousands of species, the world must stand in solidarity and act in support.

What can you do?

This piece was originally published by The Ecologist, and is reposted with permission. 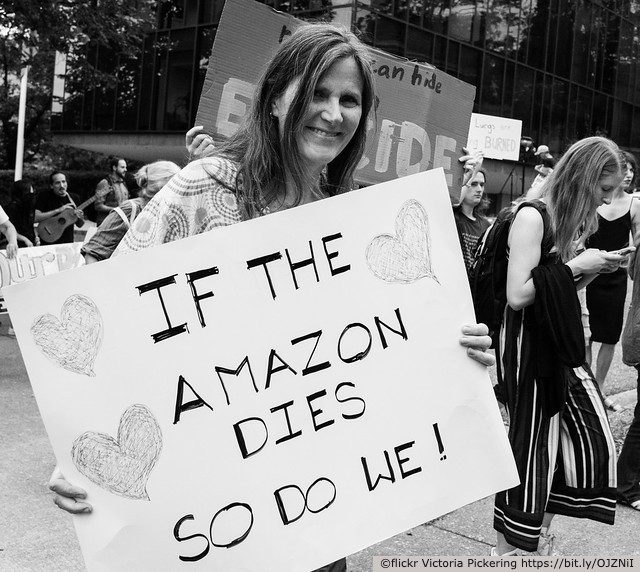 The Amazon is burning, but there are things you can do 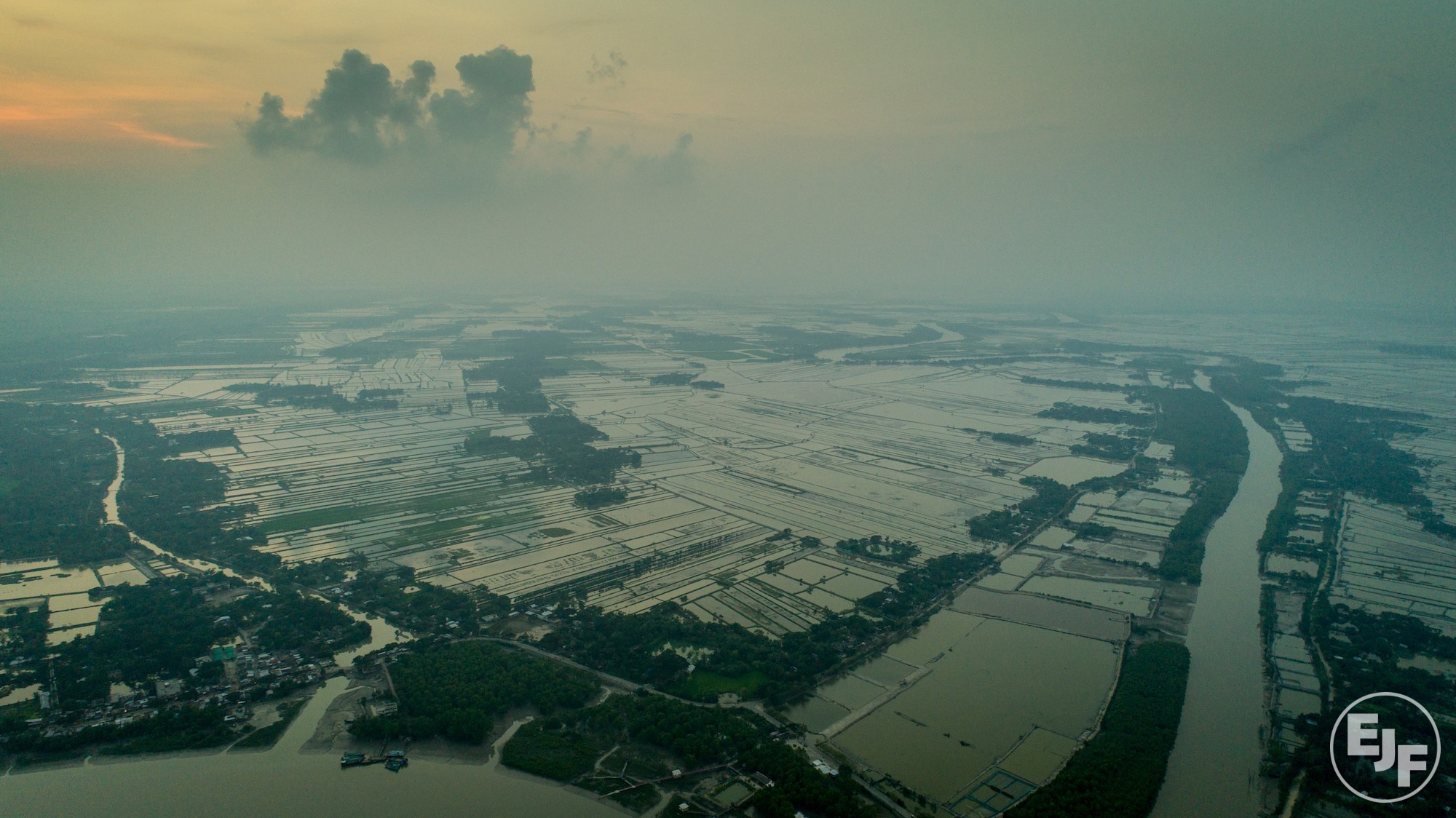 UK declares climate emergency: now it needs to act like we’re in one