Where did the fish on your plate come from? Was it caught legally, sustainably? Was it caught using forced, bonded or even slave labour? Currently these simple questions remain difficult to answer. Much of the fishing industry is at best opaque, and at worst operates under a veil of secrecy.

But lifting this veil does not require new, sophisticated technology, or unrealistic expense. It can be achieved through a combination of making key information public, enforcement of clear, sensible rules by all governments, and the use of existing technology to understand, map and disclose supply chains.

The planet’s seas and oceans provide us with a life-support system that we have long taken for granted. They produce more oxygen than all the world's forests; absorb around 30% of global CO2; and play a central role in food security for many communities, with seafood making up nearly 20% of animal protein consumption worldwide. Hundreds of millions of people depend directly on oceans for their food and livelihoods.

But we have failed to safeguard these invaluable gifts for future generations. Overfishing has driven many fish stocks to the brink, and some even to total collapse. Overall, 90% of all the world’s fish stocks that have been assessed are now fully fished or overfished, according to the latest report from the UN Food and Agriculture Organisation.

Illegal, unreported and unregulated (IUU) fishing is a major part of the problem. Every year an estimated 11-26 million tonnes of fish are landed illegally, costing the global economy up to US$23.5 billion. In some regions, the problem is particularly acute — in West Africa, for example, it is estimated that up to 37% of fish caught are IUU. IUU fishing undermines any attempt to manage fisheries sustainably, and the plunder of our precious marine resources will continue unabated unless it is stopped.

The first step is to understand who is fishing the world’s oceans. A simple mandatory registration system, where all ships are given a ‘unique vessel identifier’– similar to a car number plate – would greatly improve the situation.

Imagine our roads without a mechanism to track the vehicles on it. Chaos and crime would be the norm. So why allow fishing vessels to operate without such simple, cost-effective means to track them? The current lack of such a system makes evading sanctions or scrutiny extremely easy – simply paint on a new name, raise a new flag and set out to sea once again.

Similarly, EJF is calling for all countries to publish details on all the fishing licences and authorisations they give out for vessels flying their flag or fishing in their waters. This should include information about who is paying for the licence, who owns the vessels, and what the vessels are authorised to do. In many countries, there is no public disclosure of this kind of data.

Making this information public would allow all interested parties to work together to eradicate the illegal and unscrupulous operators that cause so much damage. Enforcement agencies, fishing operators, traders, retailers and NGOs working to combat IUU would all benefit, as would consumers who want to know that the fish they eat has been caught legally, sustainably and ethically.

New on-board digital systems – using simple technology that is falling in cost almost daily – can record key data like catch, licence details, landing information, the ship’s log and a list of crew. This vital information, easily sent out digitally to fisheries management officials, would not only help to prevent illegal fishing, it could be instrumental in eradicating the trafficking, slavery and violent human rights abuses on board fishing vessels that is rife in some parts of the world.

Other digital tools that can fight illegal fishing include vessel monitoring systems – VMS – which track the movement of the boat via satellite, broadcasting its position and activities back to a monitoring centre. As technology develops, cheaper on-board satellite units are becoming available, and alternatives that use local mobile phone networks when near shore instead of more cost-prohibitive satellite networks, are being introduced.

In addition, publicly accessible satellite surveillance tools that were not originally designed for fisheries management purposes – such as automatic identification systems (AIS) – have increasingly been employed by NGOs and governments to detect illegal fishing activities and supplement VMS data.

Despite rapidly dropping prices for these technologies, costs such as operating a fisheries monitoring centre may still be too high for some developing countries. However, there is a simple solution:

That way, NGOs and others can help share the burden. Remote monitoring and the tracking of vessels would be greatly enhanced if it was more transparent and publically accessible, and specifically by making VMS data public and AIS transmission mandatory for fishing vessels over a certain size.

EJF has long called for an end to “flags of convenience”– a practice where some countries allow vessels with no connection to them to fly their flag without prior scrutiny, and then fail to monitor their fishing activities as required by international law.

Any vessel whose flag is different to the nationality of their ownership should be regarded as high risk by industry, port states and coastal states, as it is likely they have sought a new flag to avoid proper management by the country where they are based.

Another damaging practice that makes fisheries opaque is known as ‘transhipment-at-sea’ – where fishing vessels hand their catch to other vessels at sea to bring to port. This practice makes it more difficult to know where fish came from, and it is commonly used to break the law.

In Ghana, for instance, industrial trawlers sell illegally caught fish to local canoe fishers at sea to land and sell on at the local markets, away from the eyes of the inspectors they would otherwise meet if they landed their fish properly at a port. According to recent estimates, these illegal landings may now even exceed the landing rates of legally caught fish.

Not only does this provide an outlet for illegal fishing, it drives prices down, affecting local livelihoods, and means that trawlers are more likely to target juvenile fish that have not yet had a chance to reproduce, putting extreme pressure on the fish population.

Working together to close the loopholes

EJF calls on all governments and industry to collaborate to reduce market access for illegal fish products. Currently, if one port or country tightens up its inspections or regulations, illegal fishers can just move on to the next one. But transparency and use of technology makes it much easier for governments and industry to work together to stop this.

By publishing vessels’ information, exchanging catch and other key data, and adopting robust sustainability standards for seafood suppliers, we can eradicate these loopholes and make illegal fishing unprofitable and unworkable.

An important part of this process will be ratifying and implementing the UN Port State Measures Agreement, which aims to tackle IUU fishing by implementing coordinated checks and information exchanges on foreign vessels as they enter ports. By ensuring that all states where fish are landed are working together effectively, this agreement could block the flow of illegally-caught fish into markets.

The oceans cover 70% of the surface of our planet, and remain overwhelmingly unprotected. This is despite the fact that today, we have the tools to end IUU fishing and other abuses that arise from a failure to lift the veil on what is actually happening at sea. What is now urgently needed is the political will and leadership to make fisheries transparent and put these tools to work. 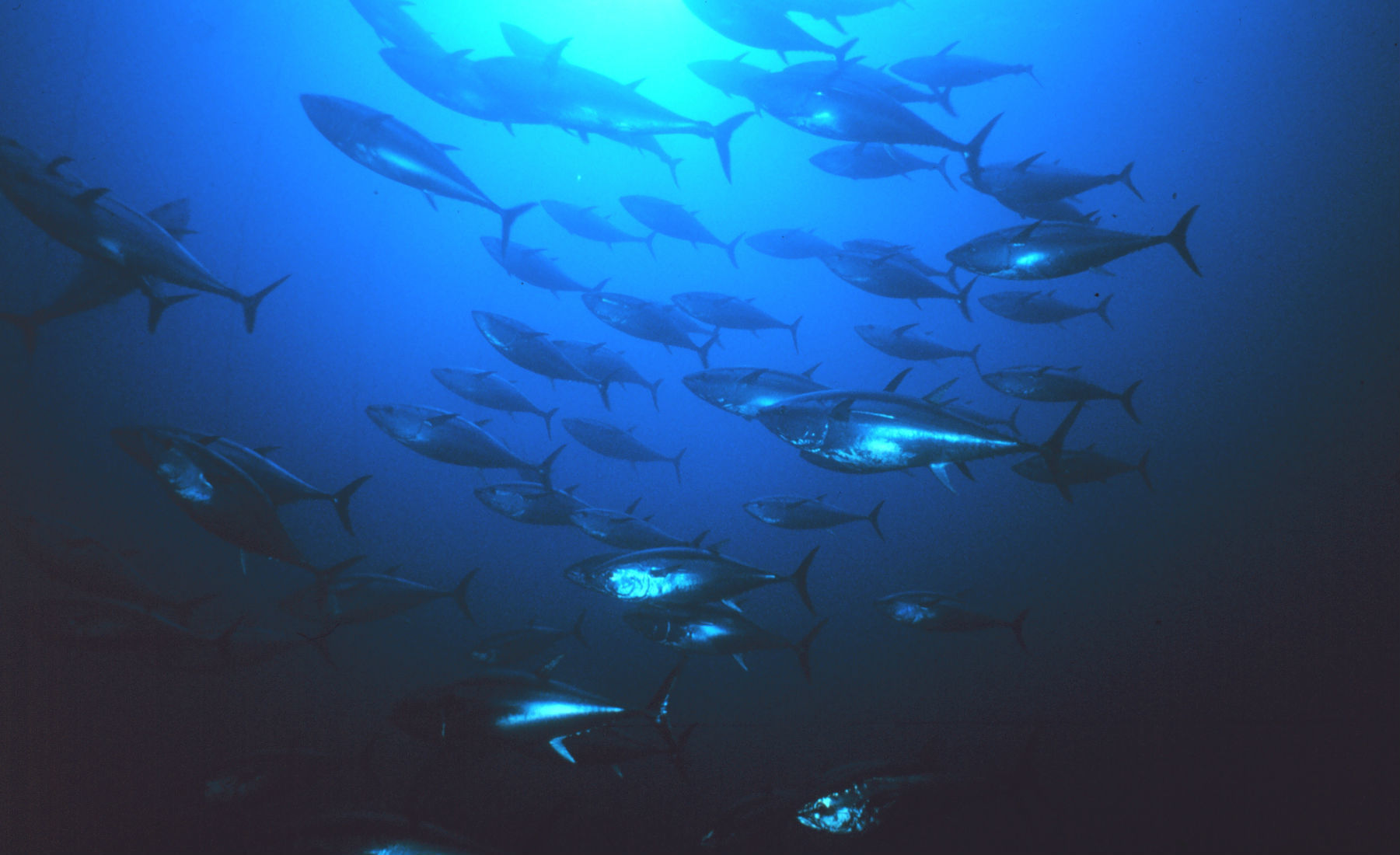 Are we close to ending anarchy on the high seas? 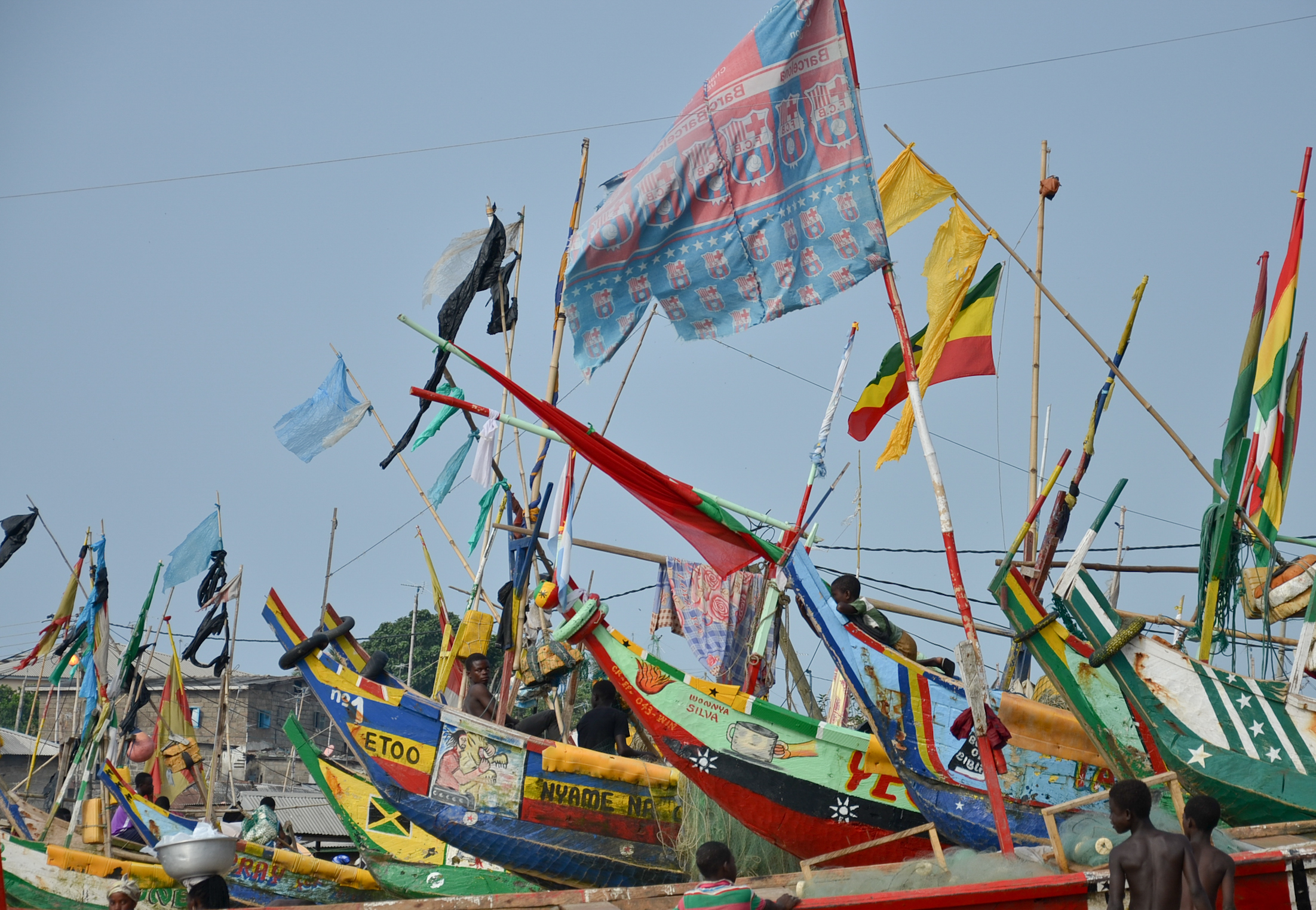