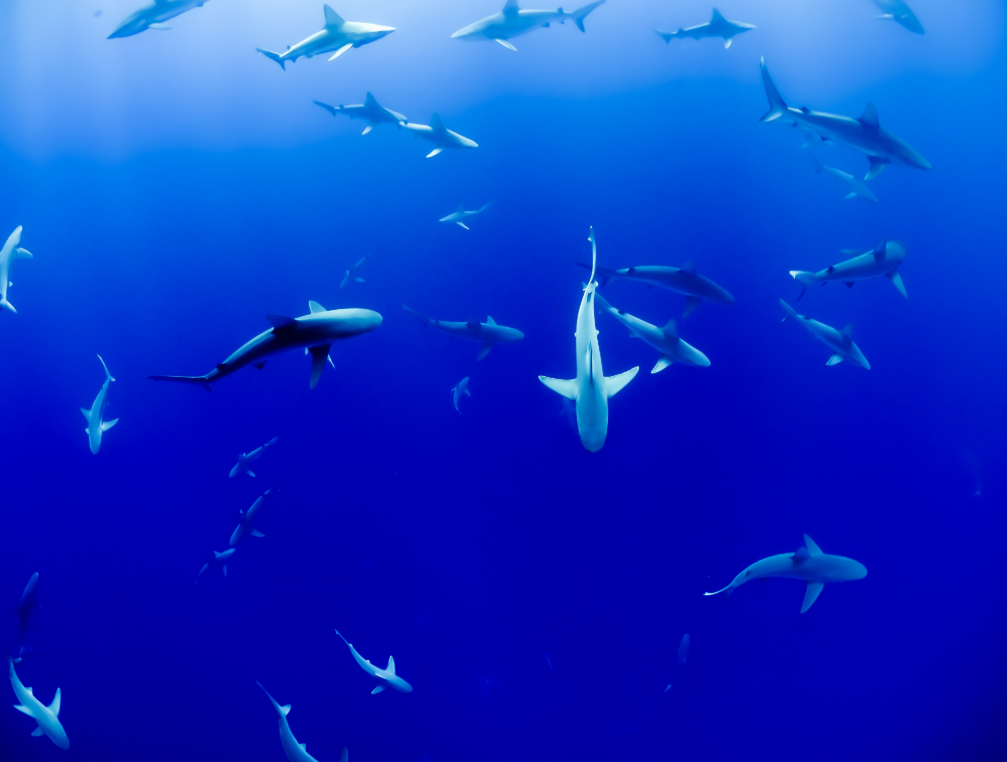 New initiative gives EU citizens the chance to save sharks

Every EU citizen is being given a chance to add their voice to stop the trade in shark fins across Europe. Restricting trade to the entire body of the shark, fins intact, will combat illegal tactics such as smuggling the fins of illegally caught sharks or protected species. If the target of 1 million signatures is reached for the European Citizen’s Initiative petition the Citizens’ Committee will present at a public hearing in the European Parliament and the European Commission will be obliged to react.

It has been illegal to ship or land shark fins in EU waters or ports since 2013, in an effort to cut down on the cruel practice of shark finning. The loophole is that if the shark is landed whole, the fins can then be cut off and sold. Despite seeming to protect sharks, the EU remains a world leader in the trade of shark fins, with Spain alone landing 29,000 tonnes of blue sharks in 2016. This is approximately one million sharks, in just one country and one year.

Sharks are in serious trouble, with the total catch of blue sharks almost doubling in just the last 20 years. They are often caught only for their fins, with the rest of the animal being tossed away once the fins are cut off. Official figures say that almost 3,500 tonnes of fins are exported from the EU each year, with a total value of around 52 million Euros. This is very likely to be less than the real figure, because we don’t know how many sharks are caught, killed and finned illegally and the fins smuggled out of Europe.

It’s difficult to tell shark fins apart when they are dried or frozen, and there is no way of knowing whether a particular fin is from a shark which was caught legally or not. Those behind illegal shark finning use this to trade in the fins of protected, endangered species as well as more common ones, knowing that the DNA testing required to prove a fin is from a protected shark is time-consuming and expensive.

Sharks keep our oceans healthy and are a vital part of the marine ecosystem. They existed before trees first appeared, but we are a threat they are struggling to cope with. Action is desperately needed now to save them from being wiped out for the sake of their fins.

It’s time to close the loophole and restrict the trade in sharks to the complete animal only. This will mean it is possible to identify which species is being sold and punish those who kill protected animals. Ending the trade in shark fins will give these ocean protectors a fighting chance at survival.

The slaughter will only stop when fins can no longer be traded in or via the EU. The current laws banning finning at sea in the European Union must be extended to cover all trade in the fins of sharks and rays, everywhere in the EU, including export out of the region.

A European Citizens' Initiative is a petition to drive change in the EU. With "Stop Finning - Stop the Trade" we call on the European Commission to close the loophole and take positive action to save our sharks. One million signatures from EU citizens are needed to get politicians to act. Until January 31st next year, every EU citizen will be able to vote for an end to the shark finning trade in Europe, and the senseless waste it represents.

This Citizens' Initiative is supported by a wide range of organisations, including the Environmental Justice Foundation, Sea Shepherd, Bloom, German Foundation for the Conservation of the Sea (Deutsche Stiftung Meeresschutz), and many others. 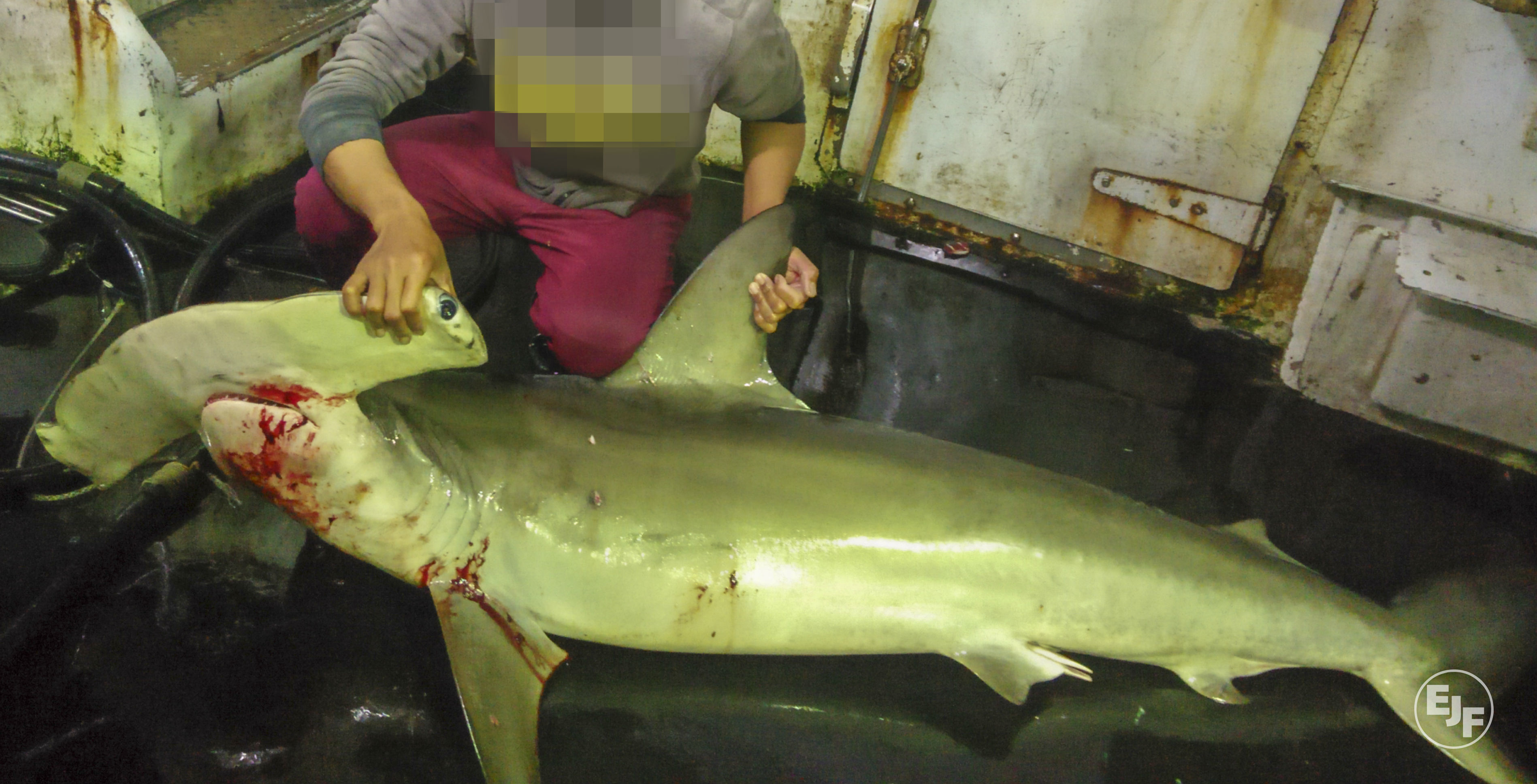 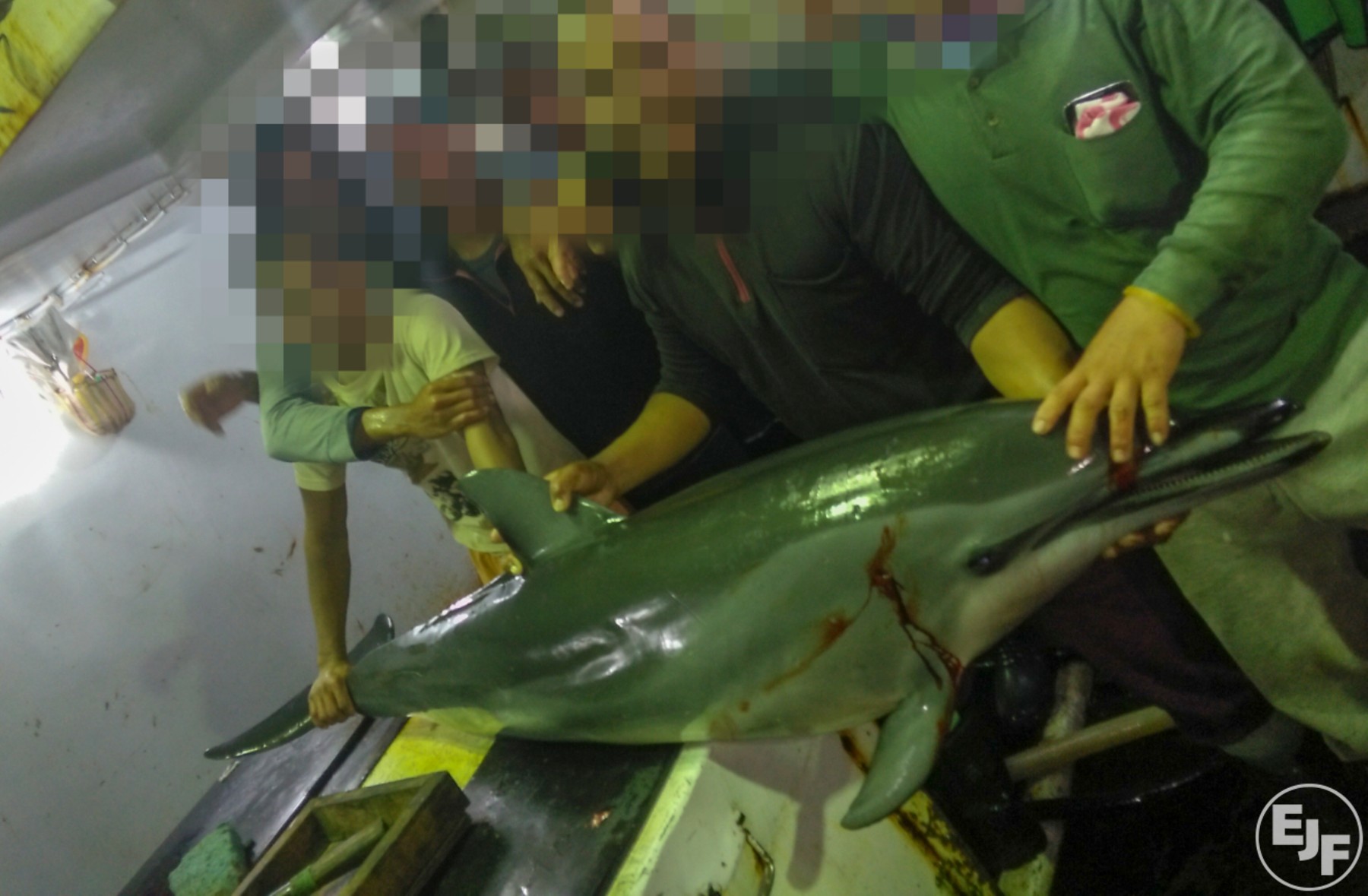