A grave threat to Senegalese fisheries, food security and coastal livelihoods has emerged. A total of 53 additional industrial fishing vessels – which would increase the existing fleet by a full third – have requested fishing licences for a fleet that is already grossly over-capacity. In addition to depleting fish populations that are already under threat, many of these vessels have records of illegal fishing, the Environmental Justice Foundation (EJF) has revealed.

Senegal’s small-scale artisanal fisher association(APRAPAM) and industrial shipowner association(GAIPES) raised the alarm last week and called for the Ministry to decline the licences, saying the decision could have devastating and potentially irreversible impacts on Senegalese fisheries.

Key fish populations such as ‘small pelagic’ species are already overfished and fishing effort in the region should be reduced by at least 50% to prevent collapse, scientists have warned. However, 15 of the vessels have applied for licences that would allow them to target these species. Senegal’s total fleet only numbers around 150 vessels, making the addition of 53 new boats a significant increase.

Small pelagic fish are a main catch for small-scale fishers and a staple food across West Africa.

In Senegal, 75% of animal protein comes from fish. If stocks such as small pelagics collapse, the food security of a whole region would be in jeopardy. The need to prevent further exploitation of these important fish populations is particularly acute given the unfolding impacts of the COVID-19 pandemic in sub-Saharan Africa, which threaten to plunge millions of the world’s poorest into famine.

In another West African country, Ghana, small pelagics are subject to targeted illegal fishing by trawlers. ‘Saiko’ is a destructive form of illegal fishing, where foreign trawlers target the small pelagics, transfer it at sea to specially adapted boats, and sell this stolen fish back to local communities at a profit.

Illegal exploitation is also a real risk in Senegal. Several of the 53 vessels that have applied for a Senegalese licence have a record of illegal fishing: In 2014, the Bo Yuan 1, 2, 6 and 7 were caught fishing illegally in inshore areas; in 2017, the Fu Yuan Yu 9889 was caught fishing illegally in protected waters in Djibouti; and in 2019, the Lu Lao Yuan Yu 10 was detained in the Gambia for failing to have a logbook.

These trawlers may also be exploiting Senegalese waters illegally while obscuring true ownership and syphoning profits out of the country. The APRAPAM and GAIPES associations allege that 52 of the vessels are Chinese-owned, and while EJF has not been able to confirm this, an EJF study in Ghana showed that although all industrial trawlers in Ghana are Ghanaian on paper, at least 90% of the trawl fleet is actually linked to Chinese ownership, despite a ban on foreign ownership in the trawl sector. According to available information, Chinese companies commonly operate through Ghanaian ‘front’ companies to import their vessels into the Ghanaian fleet register and obtain a licence to fish.

The situation is similar in Senegal. A foreign vessel would need to adopt the Senegalese flag to operate in Senegal, unless there is a specific partnership agreement in place with its home country. In order to register, the vessel owners must have a presence in the country through the creation of a joint venture with a local partner. But as pointed out by GAIPES associations in its open letter to the Minister of Fisheries “shady contracts” allow many fictitious joint ventures to be created whereby the local partner acts only as a front for the foreign investor that in reality owns the company.

This loophole has also been denounced by Greenpeace in the past, demonstrating how the state-owned China National Fisheries Company ‘jointly’ owned 12 Senegalese-flagged vessels but in fact owned 100% of the shares.

Director of EJF Steve Trent said: “The practice of registering foreign-owned vessels is not problematic per se. Rather, it is the extent to which fictitious corporate structures are used to facilitate secrecy, IUU fishing and other fisheries crimes. If the true owners are unknown, they are therefore protected and can profit from illegal practices with low risk of detection. Failing to hold true owners to account prevents the dismantling of networks behind illegal fishing operations. It would be a grave error for Senegal to open its registry so that is becomes a safe haven for those seeking to profit from illegal fishing.” 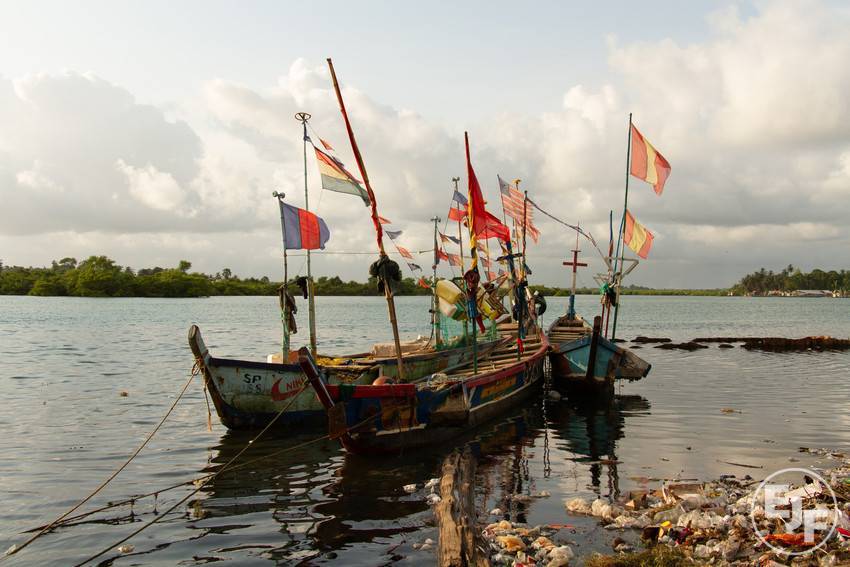