To safeguard Liberian fisheries from illegal fishing, a clear path to good management for healthy seas is needed. And that means hearing all voices equally – including the women who make up more than half the fisheries workforce in their roles as fishmongers, processors and in some cases, canoe owners.

“It's challenging being a woman working in the fishery sector,” says Emma Metieh-Glassco, Director-General of Liberia’s National Fisheries and Aquaculture Authority. “I take [my role] as an opportunity given to me to increase the visibility of fishmongers – women that have been working in the fishery sector that have been marginalised, that have been side-lined. I will champion the cause into setting [fishmongers] into cooperatives where they can be visible and they can be in an organised structure. […] We can work together to give them a voice so that they can also play an equal role in the management of the fish resources.”

An important route for such engagement is what are known as Collaborative Management Associations (CMAs) – these give fishing communities co-control over territorial use rights, as well as greater input on issues from landing areas to permitted catches. The first of these was set up in Robertsport, and has brought a reduction in illegal fishing and an increase in catches.

Yet, when EJF’s Communities for Fisheries project began looking to set up other CMAs across the country, the team found that finance was a major barrier for women in fishing communities, preventing them from having their voices heard. Due to the migratory nature of fisherfolk and the seasonal nature of fishing, banks are unwilling to lend money. Those who do lend demand high collateral, which most members of the community are unable to meet.

In response, the EJF Liberia team has helped the women to set up Village Savings and Loans Associations that allow groups of women to pool their savings and take out loans for their businesses and households. The women meet regularly, supporting each other financially and socially, but also making time and space to discuss the issues of fisheries management that underpin their livelihoods, putting together strategies and ideas to be brought to the wider CMA.

Today, on International Women’s Day, some of the fishmongers who have joined the associations tell us their stories. 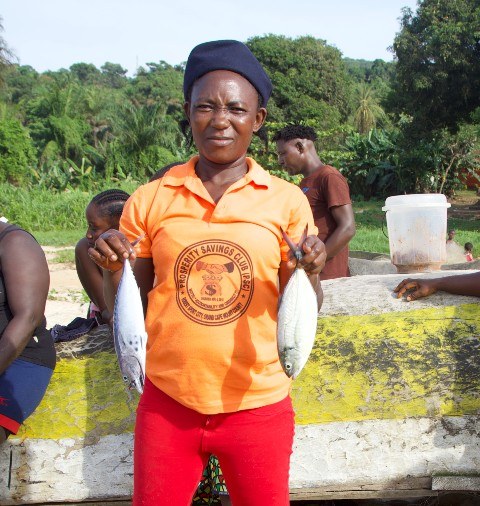 EJF trained us on how to keep our money and how to take loans. They even gave us all the materials we needed to start our own village bank. Today, I am really benefiting. My business has improved. I am planning to start taking fish to other counties again to start selling. This fish is what we depend on to live so we’ve got to protect it and our environment. 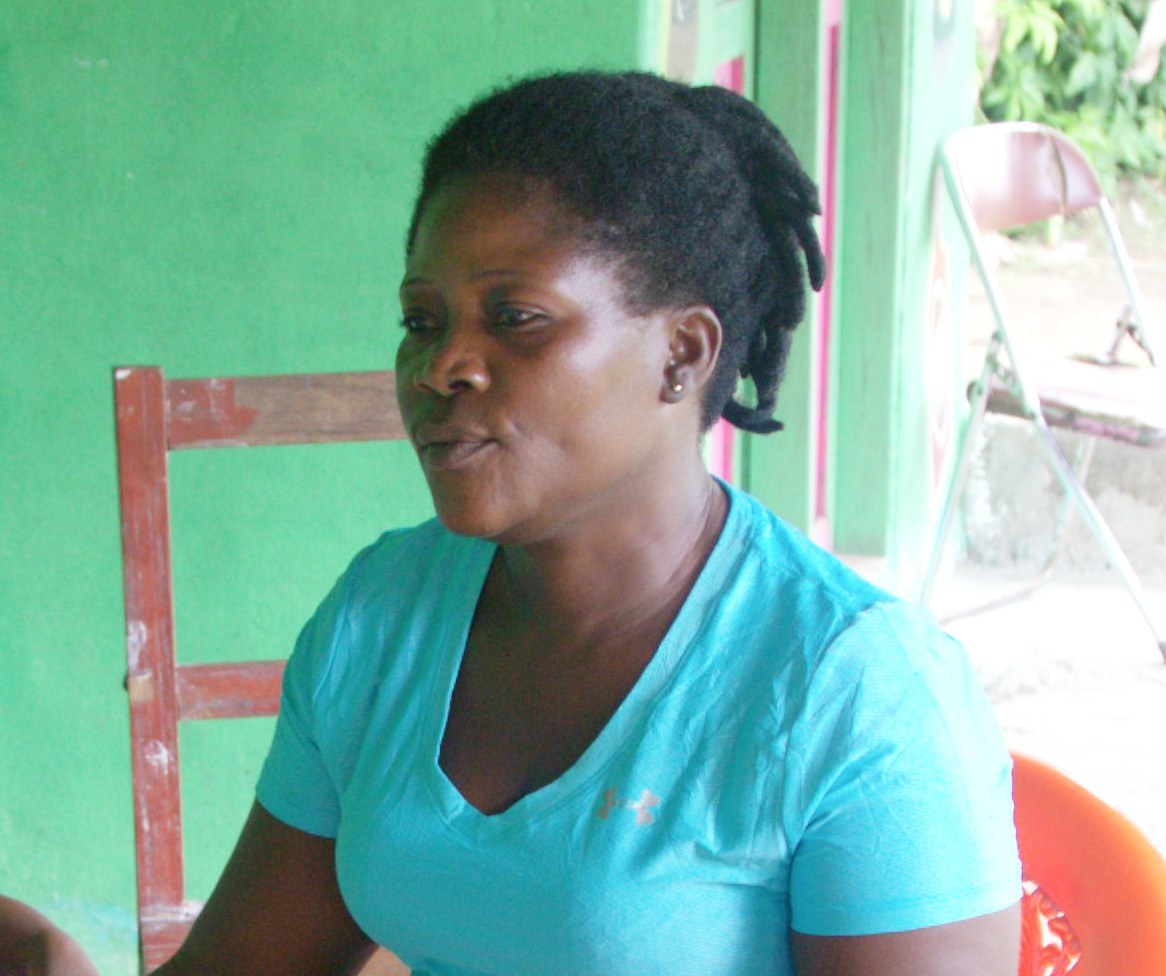 When I lost my husband last year, I gave up in life because he was the only one supporting the family with money. Our children dropped out of school, and even to eat was a problem. But the Village Savings and Loans Association helped me in a big way. I started saving my money little by little and then I took a loan which I used to put my children in school. I can stand on my own feet and my children have a future again. We need to work hard to stop illegal fishing because [without fish] we will not have any way to make money in the future

I like the way the EJF project is bringing women together. As for me, though I am in the Village Savings and Loans Association, I am mainly there to help other women to make it like me. Since EJF brought this Village Savings and Loans Association, we have been meeting every week and helping each other in different ways. We are strong together supporting each other. 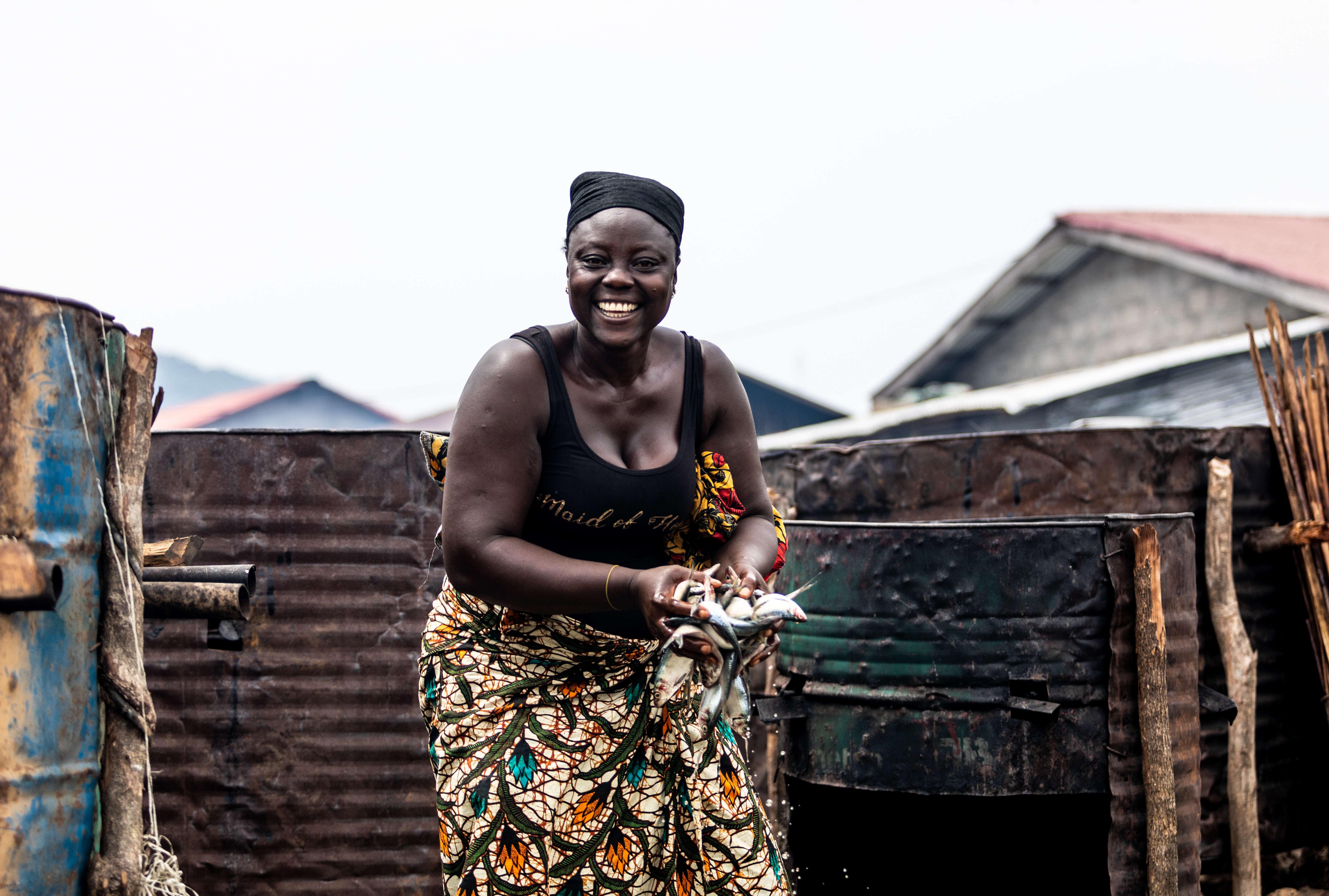