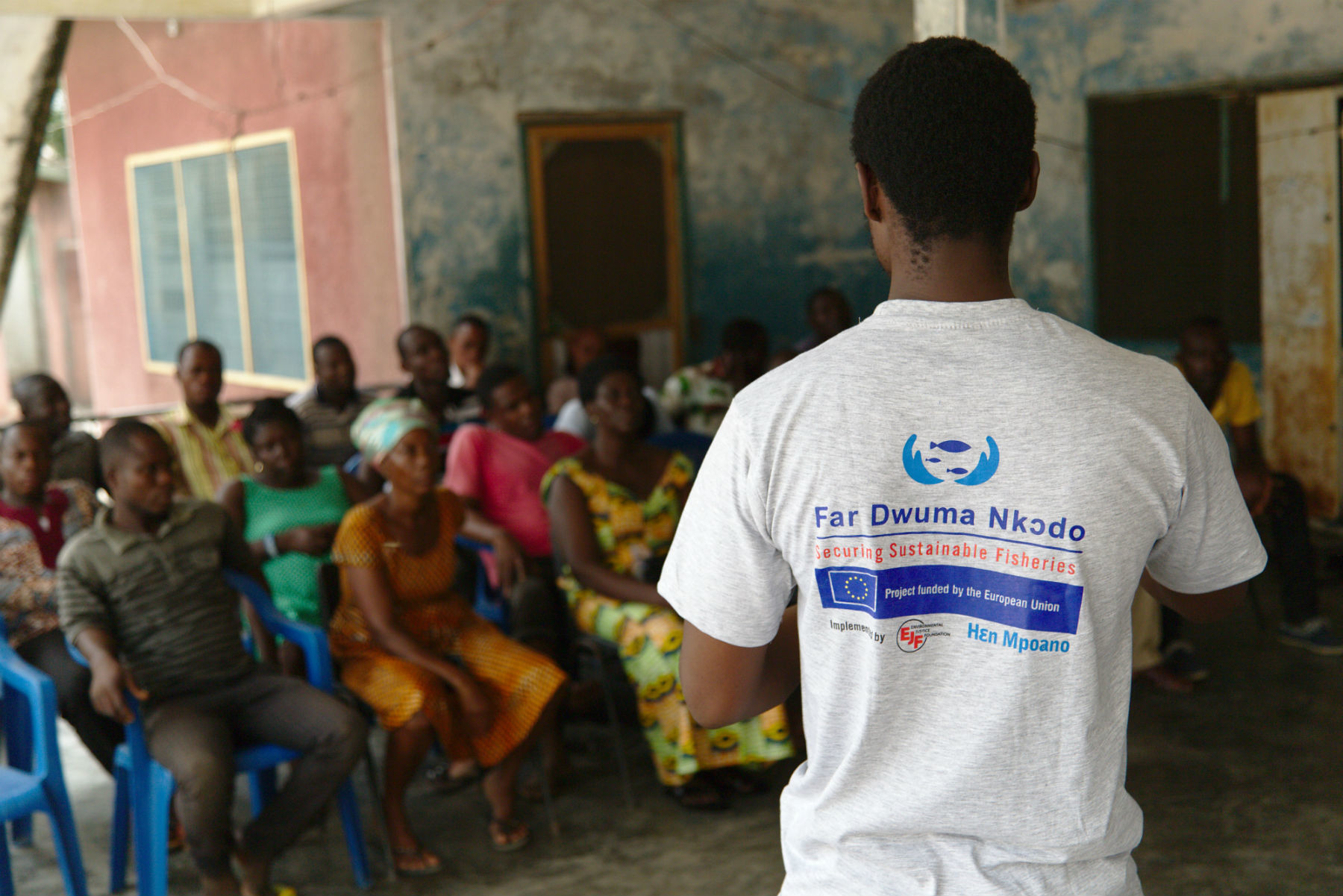 EJF is proud to have the support of the EU delegation in Accra, Ghana, which is now aiding a three-year project to secure sustainable fisheries in the country.

Welcome to the Far Dwuma Nkodo newsletter. This project aims at ensuring greater environmental sustainability and social equity in Ghana’s fisheries sector, by supporting the effort to reduce illegal fishing and build capacity of fishing communities in the sustainable management of their resource.

This newsletter will keep you up to date with the meetings we attend, the work we are doing, and the documentaries and radio shows we are releasing.

We have completed our baseline study which has revealed the extent of conflicts at sea between canoe fishers and industrial vessels. The study surveyed fishing communities across the Central Region. The findings of the study were validated with stakeholders in a workshop in Cape Coast in November 2017.

We brought together around 50 Chief Fishermen from across the Central Region, as well as representatives of fisher and fishmonger associations, to deliberate the findings of the study and ensure they represent accurately the picture on the ground.

The findings will form a baseline against which the Far Dwuma Nkɔdo project will measure the impact of its interventions over the coming years.

Sign up to receive this newsletter straight to your inbox

In November we began to map canoe landing sites across the Central Region, to help ensure these are secured as coastal development intensifies.

We also started work to develop a smartphone application that will allow fishing communities to document illegal fishing and conflicts with industrial vessels at sea. This builds upon EJF’s experience from its “community surveillance” initiative in other countries in the region.

This is the very start of the project, and we look forward to developing these different elements in 2018. 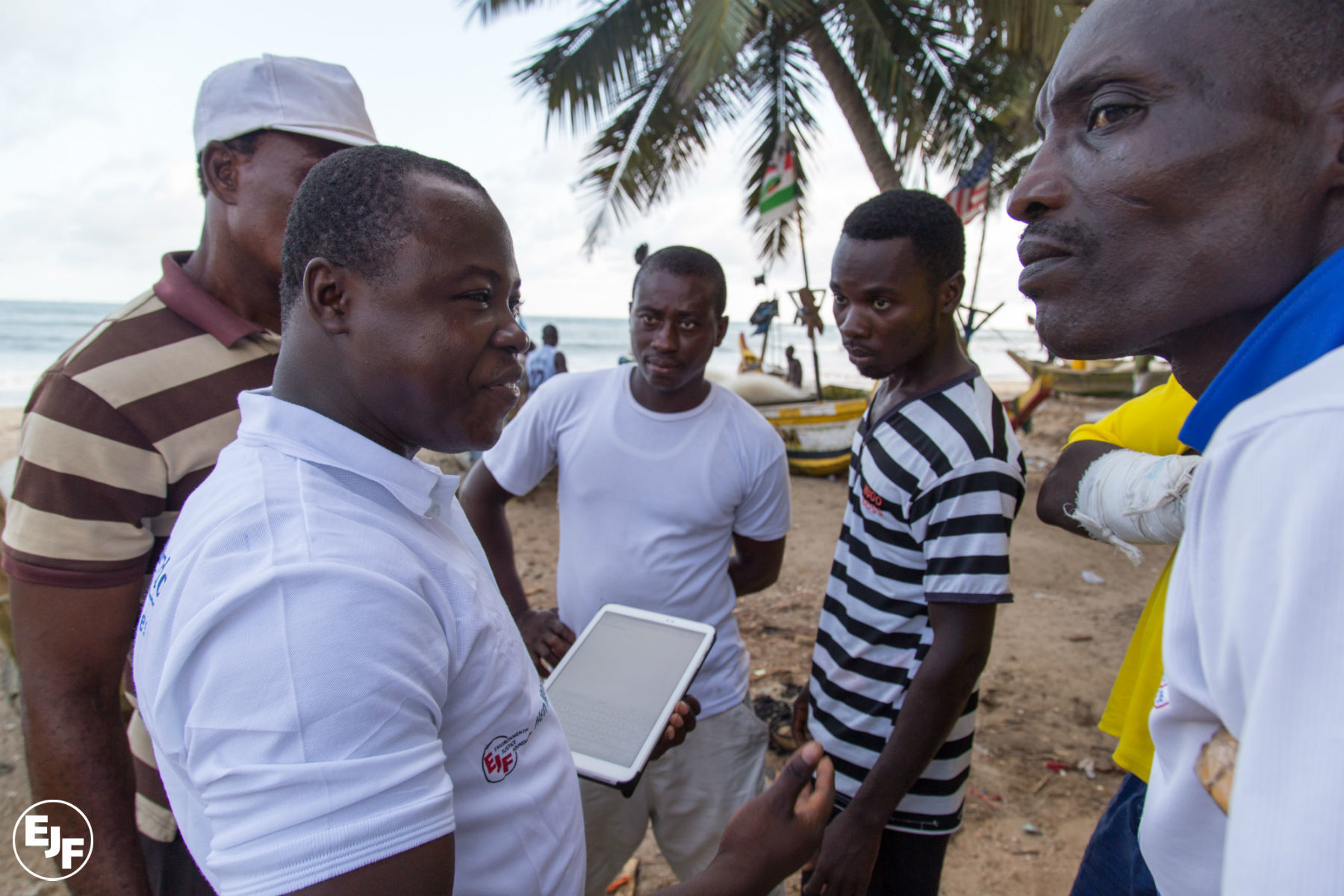 A visit from the EU Delegation

EJF’s Ghana office received visitors from the EU as the project, working to secure equitable and sustainable fisheries in Ghana, gathers momentum.

The growing conflict between artisanal canoe fishermen and industrial fishing vessels was a key part of discussions during these visits, and will be a priority for the project over the coming years.

The project team participated in this meeting in Addis Ababa in November 2017.

The Far Dwuma Nkɔdo project is part of the EU’s Land Governance Programme, which provides financial support to 17 country level projects, across Africa, in Brazil and in Pakistan.

The FAO provides technical support to these projects, including on fishery rights, gender, legal aspects of tenure, and capacity development. These “Capitalization Meetings” are a chance for the projects to share knowledge, best practices and experiences from their work to improve tenure governance to address problems of food insecurity.

The Far Dwuma Nkɔdo project is one of just two projects focusing on improving tenure governance in fisheries under the Land Governance Programme. 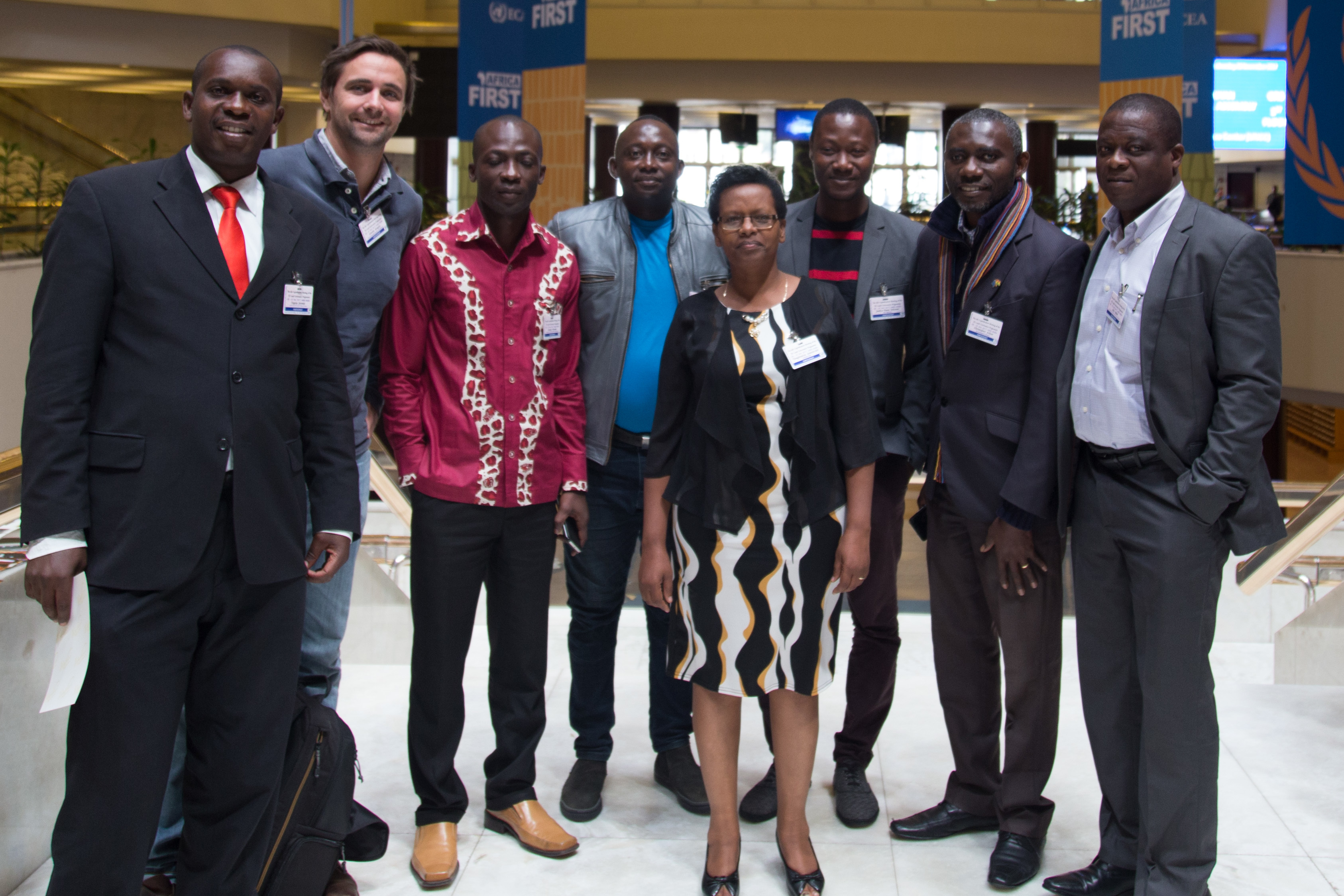 The project welcomed community mobilisers across the 10 districts in Central Region and Greater Accra where we will be working.

The mobilisers will act as project focal points, facilitating engagement with fishing communities. 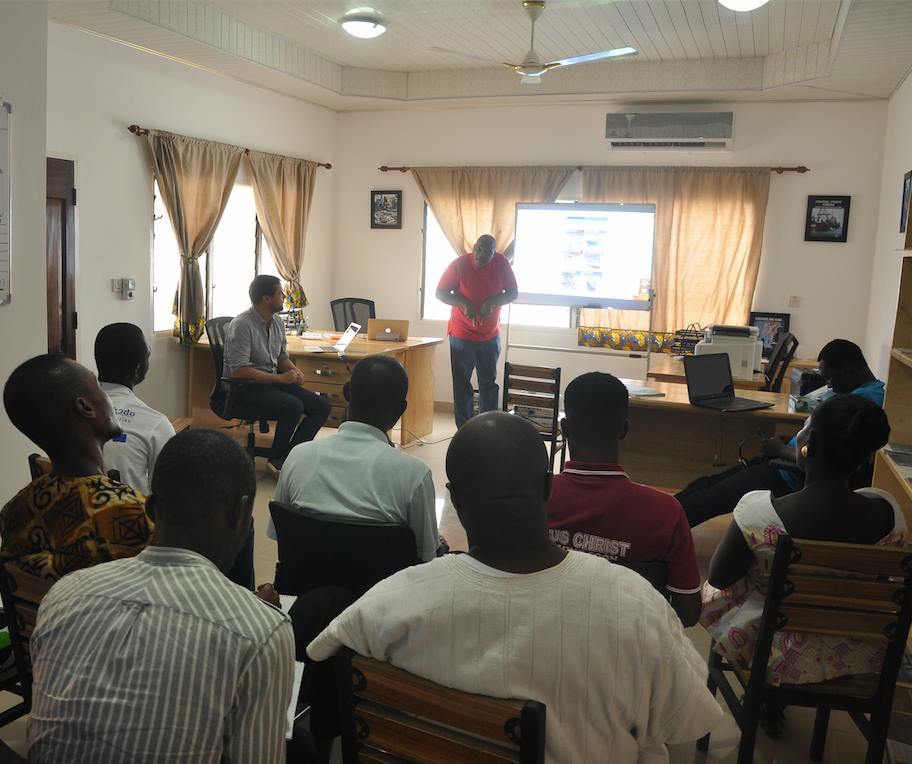 In November EJF’s film producer visited Ghana for two weeks. We are producing a documentary on the experiences of being a fisher, and the obstacles to sustainable fisheries. The film will be released on national TV in early 2018. These stills show 'Two Sure' and his crew as he shared with us his day to day life. 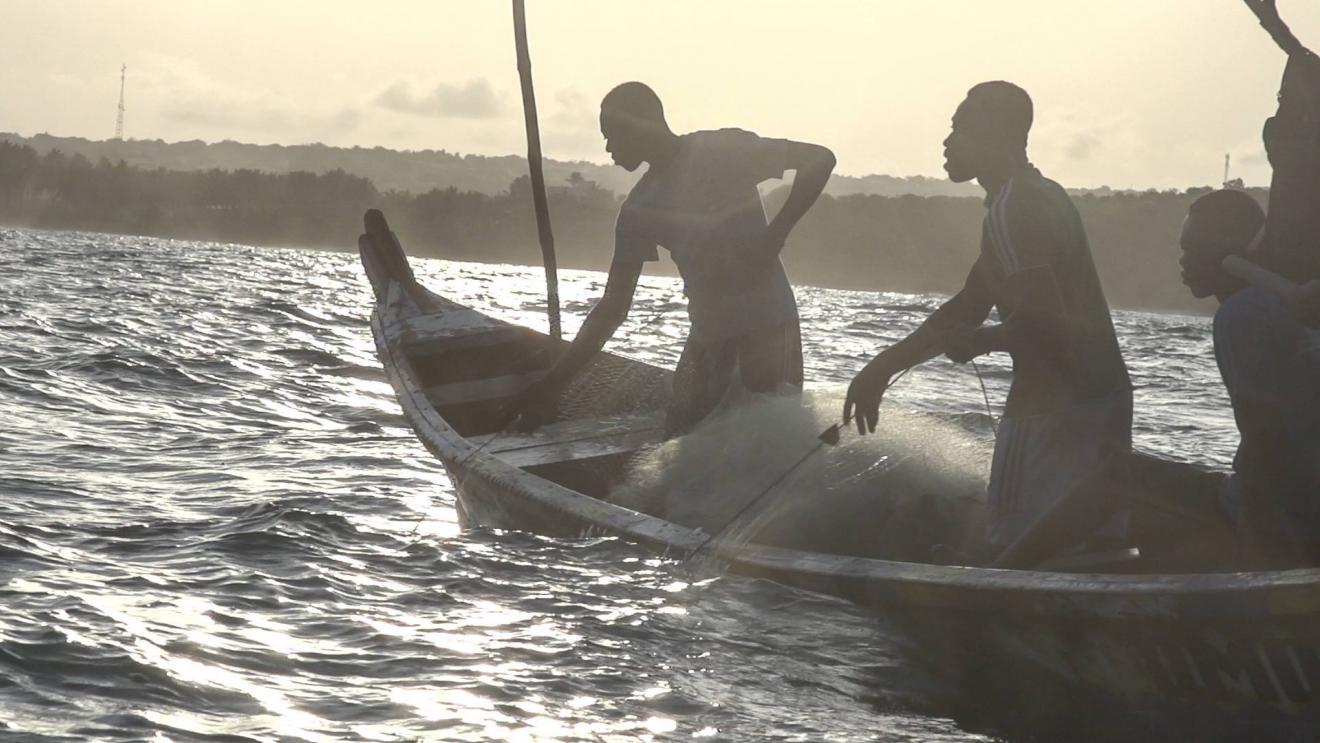 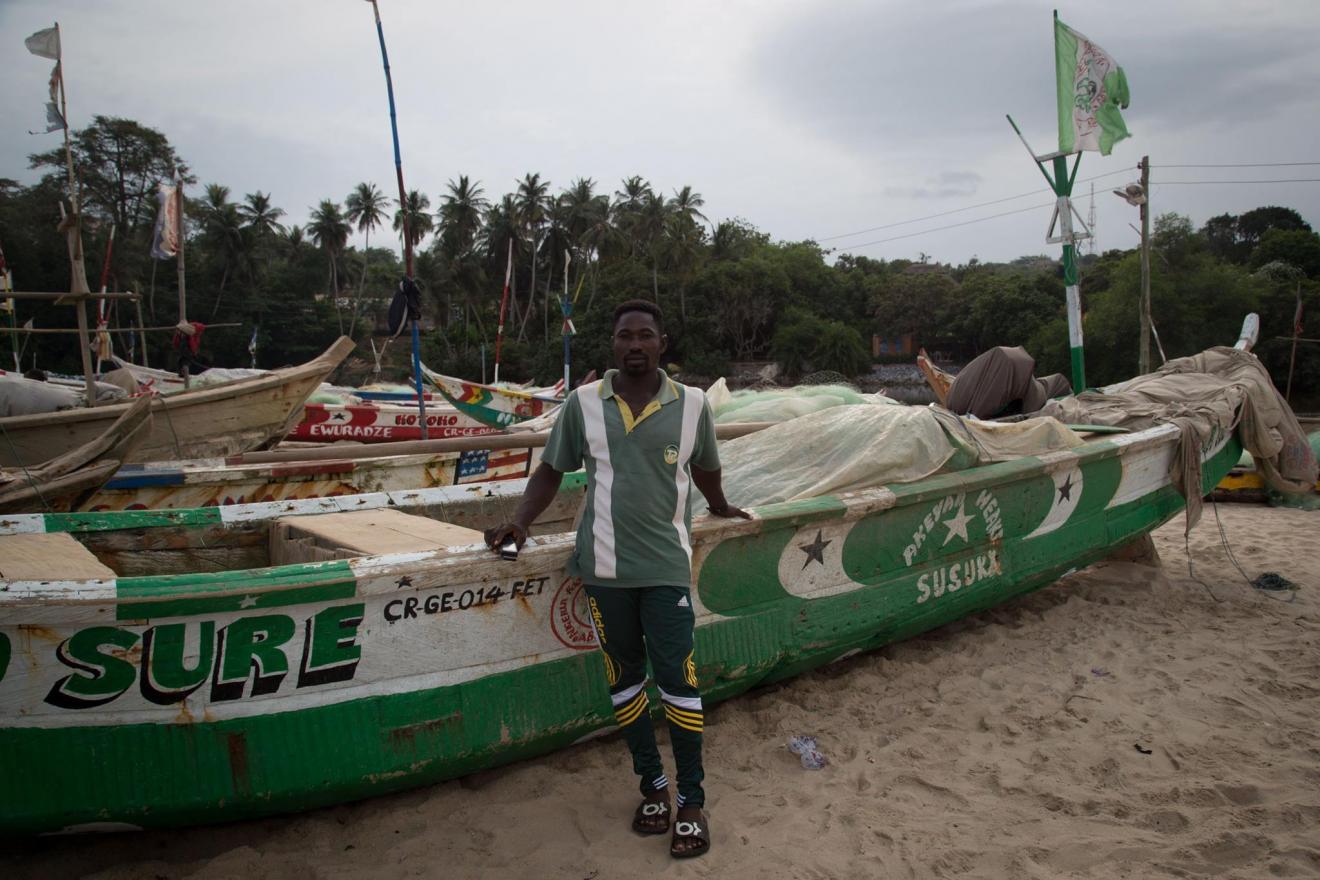 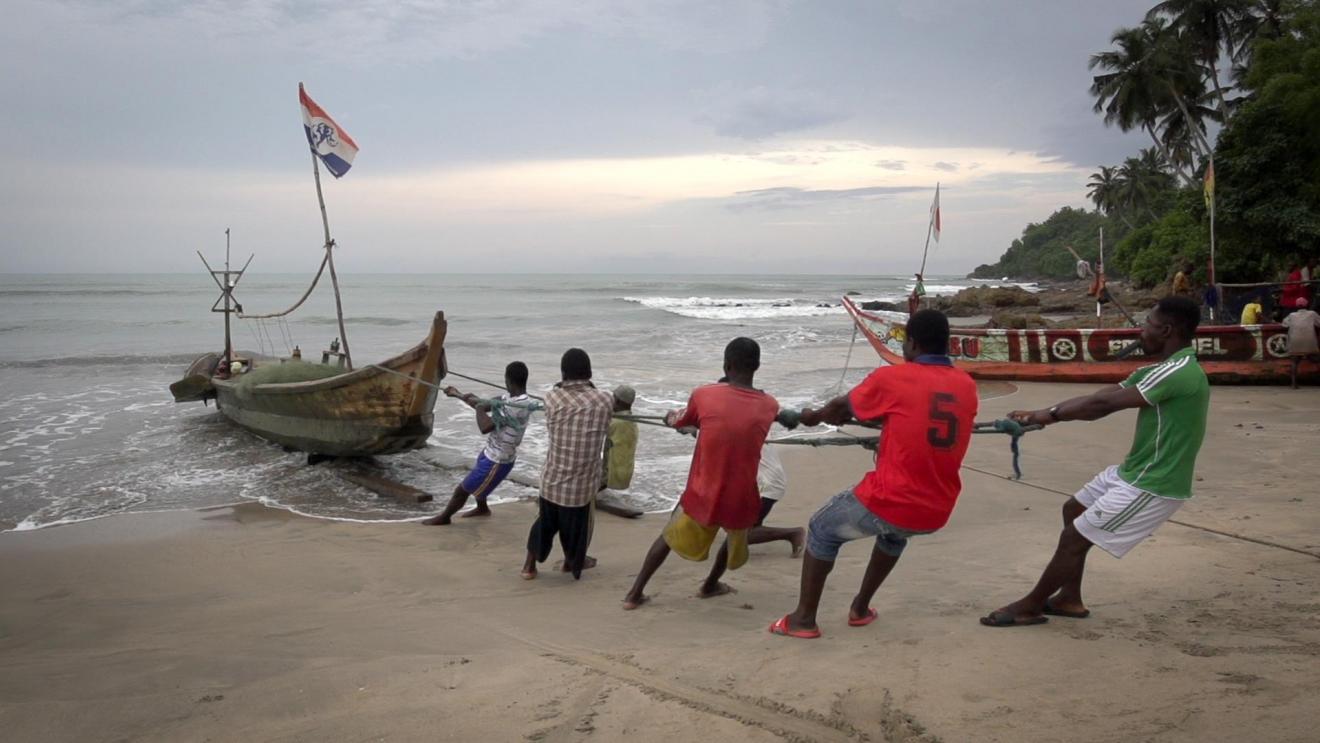 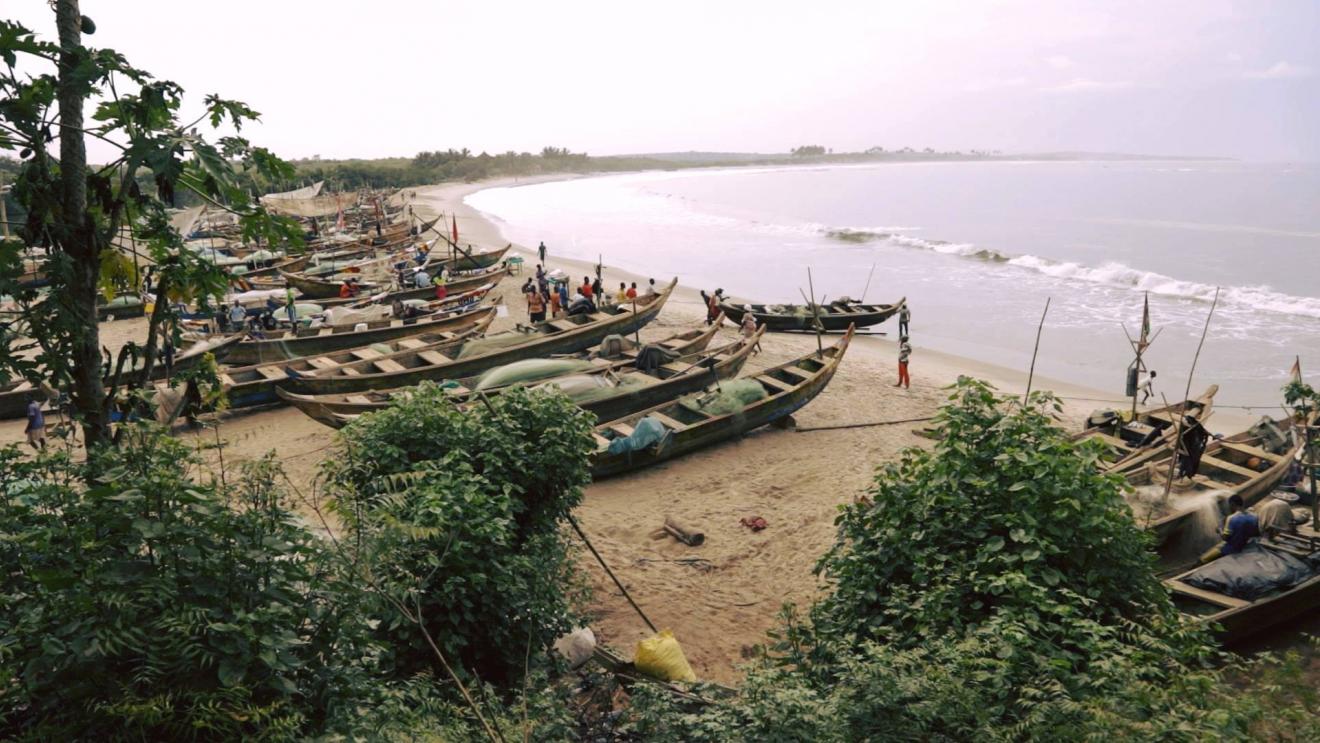 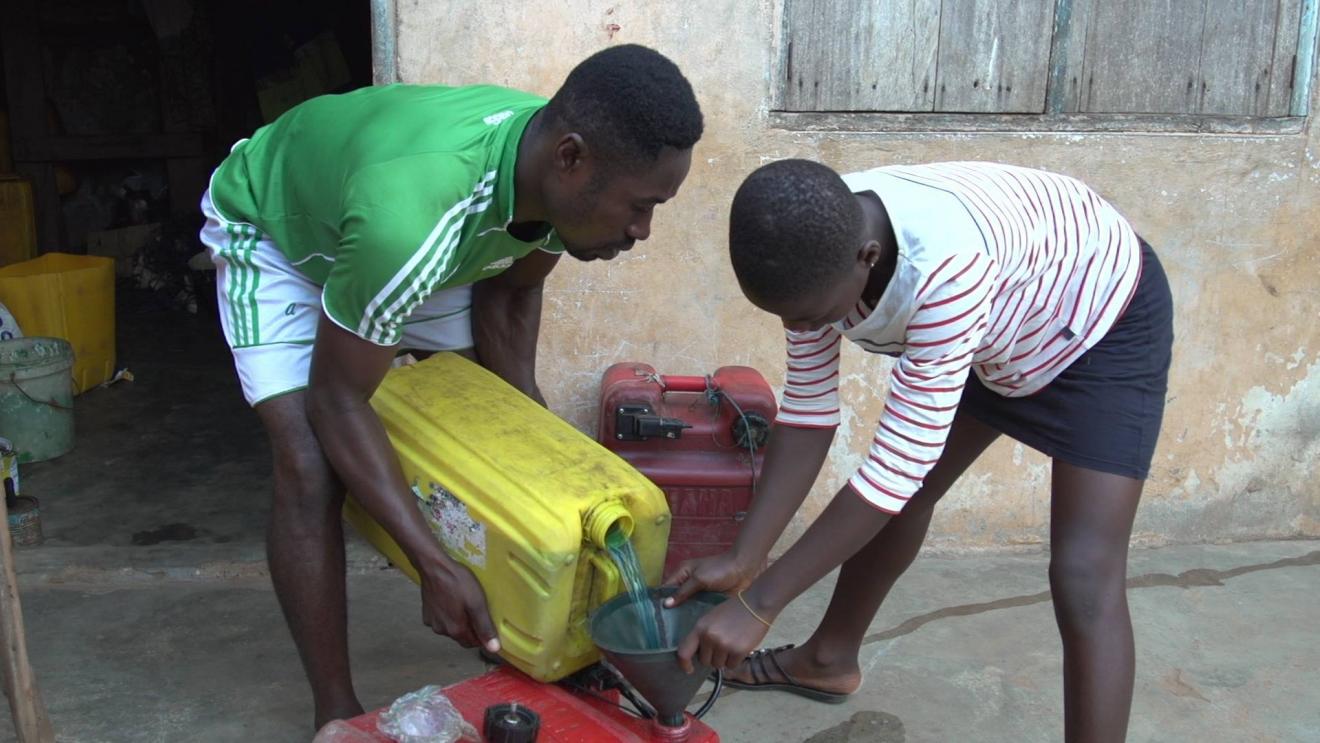 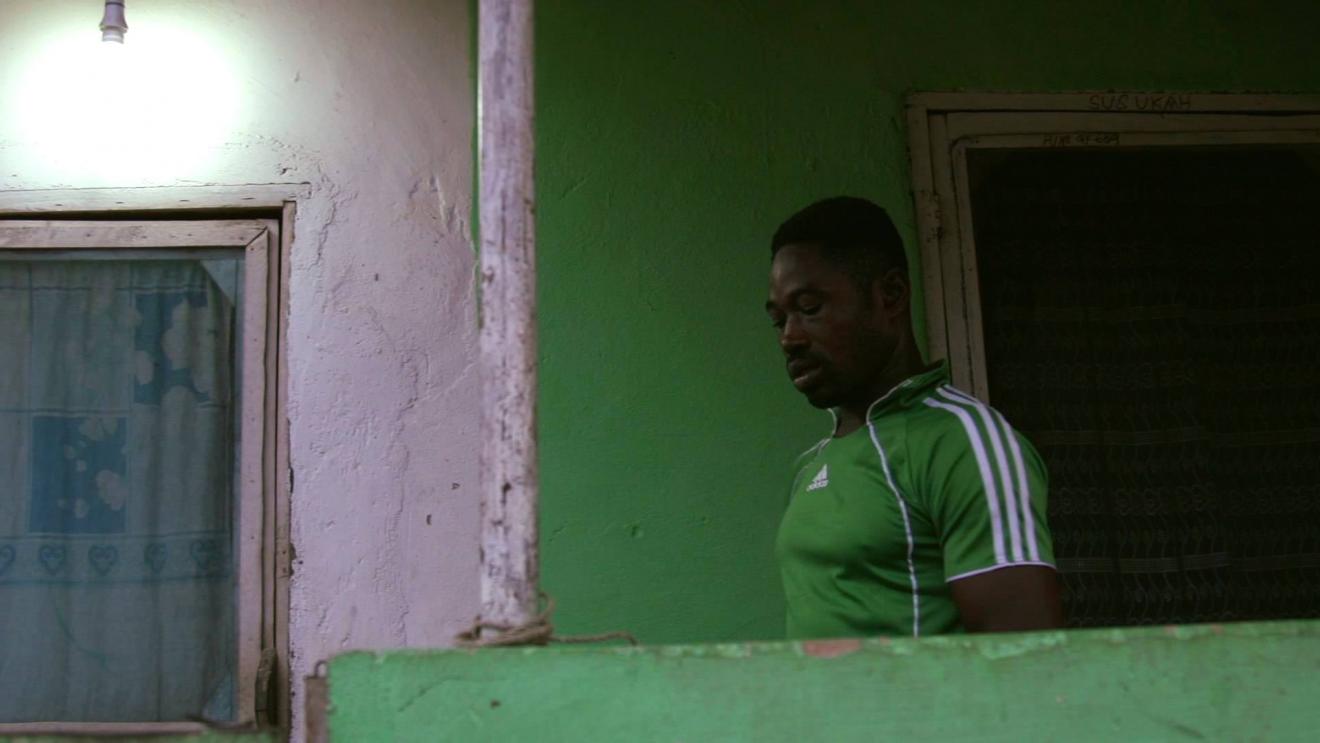 December saw the airing of a radio documentary produced in collaboration with the University of Cape Coast’s campus radio station ATL FM. Produced by Mary Ama Bawa from ATL FM, the piece documents the challenges faced by artisanal fishing communities and the measures they have resorted to in the face of declining fish stocks.